Akshay Kumar, a gifted and a hard-working comic actor, has been awarded Best Actor for Rustom, something even he himself admitted as having thought for a 'late April Fool's joke'.

The dust may be settling by now, though I hope it shouldn't, but ever since the 64th National Award winners have been announced, I have been ranting a lot on my social networking sites about my whole disappointment with certain awardees. By now you probably know who I am referring to. Akshay Kumar, a gifted and a hard-working comic actor, has been awarded Best Actor for Rustom, something even he himself admitted as having thought for a 'late April Fool's joke'. And every finger is pointing towards the jury chairperson, the Hera Pheri director Priyadarshan, for having tilted the balance in favour of the actor, with whom he has worked in six movies. Also Read - K Vishwanath conferred with Dadasaheb Phalke Award, PM Modi calls him an outstanding filmmaker

I am a hardcore movie buff and the love for cinema has been in my blood ever since I started understanding life, just ask my close ones. I had been brought up watching those wonderful movies from the golden era of Malayalam cinema (the late '80s and the early '90s), the era where the late Padmarajan and Lohitadas ruled, where Mohanlal and Mammootty acted for the sake of cinema and not for their fans. In that era, there was this director Priyadarshan who gave us some wonderful cinematic gems for us to laugh and cry, like Chitram, Kilukkam, Vandanam etc. Even though I learned quite late that most of his filmography were filled with unofficial remakes, his movies were the best source of entertainment for all lovers of Malayalam cinema, and it was his films that endeared us to Lalettan. Also Read - Sonam Kapoor's proud boyfriend Anand Ahuja was a reflection of her joy at the 64th National Awards - view HQ pics 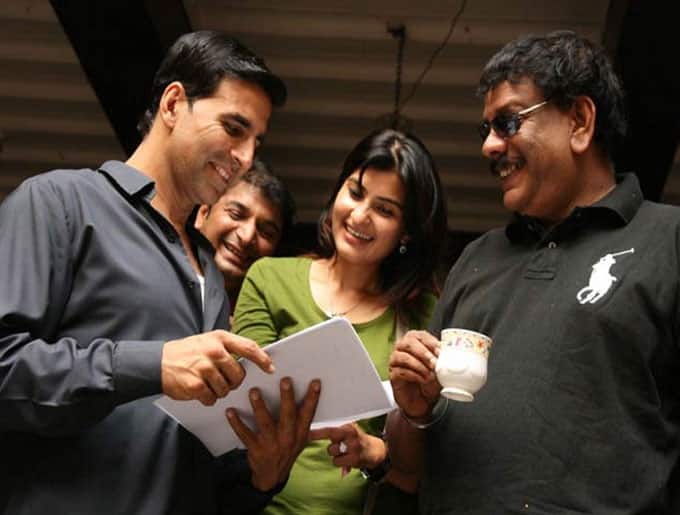 Also Read - I DON'T lobby for awards, Sonam Kapoor accepts the National Award but not without taking a SLY DIG

So it feels really bad when my once favourite director is being trolled in the name of National Awards fiasco. But there is nothing I can say to defend the man. Priyadarshan has committed a gaffe in choosing Akshay Kumar as the best actor for his strictly average performance in a droll Rustom. He made bigger gaffe while trying to defend his decision in making silly arguments.

Above all, he even decided to give Mohanlal a Special Jury Award for Janatha Garage, Munthirivallikal Thalirkumbol, and Pulimurugan. This was perhaps his way of thanking his best friend for giving a fine performance in Oppam, a movie Priyadarshan had directed but wasn't considered, because he was heading the jury. In a corporate world, we call this chamchagiri. Mohanlal is a fine performer and he doesn't need a Special Jury award for that, especially for roles that he can sleepwalk through. And despite what Priyadarshan want to argue otherwise, Akshay Kumar's performance in Rustom was a bad choice for Best Actor award. Though he was much better in Airlift, even that too wasn't the best performance of the year. As a movie critic and above all, an avid lover of cinema I can vouch for this. I won't even say Aamir Khan in Dangal should have gotten the award, but it was still a better performance than Akshay's. Manoj Bajpai in Aligarh, Randeep Hooda in Sarbjit (The jury even considered Aishwarya Rai Bachchan's screaming for Best Actress peformance, before better sense prevailed), Shahid Kapoor in Udta Punjab, Fahad Faasil in Maheshinte Prathikaram, Vinayakan in Kamaatipadam, Guru Somasundaram in Joker, Rajkummar Rao in Trapped (the movie was censored last year) - these were the better performances of the year. 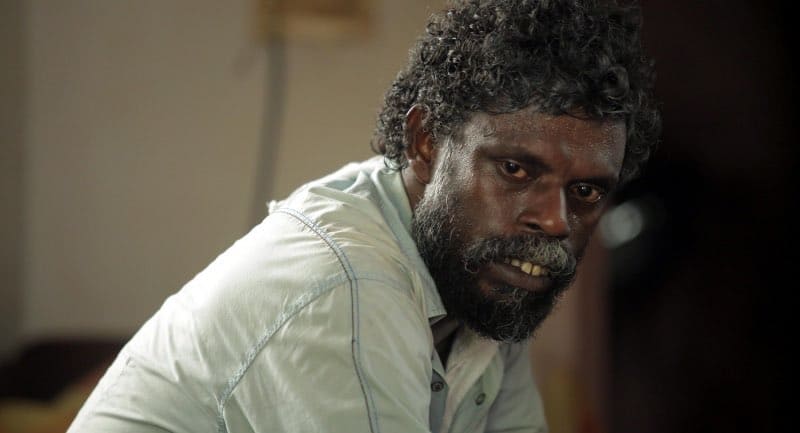 Since I follow Hindi, Tamil, and Malayalam movies, I can only talk about them - there will also be better contenders in Telugu, Assamese, Bengali and other regional cinema. If the 30 odd members of your jury didn't find any of these performances worthy of an award, then you are not eligible to do your job. I love Akshay Kumar as an actor, and enjoy his films. In fact, I am one of the few people who liked Housefull 3. But that's the thing - he is good, he just wasn't the best last year. You cannot award him for being a 'patriotic' actor, that's why we have Padma Shri awards. This is a sheer injustice to the actor himself, when Priyadarshan implied that they are awarding him for making this long in movies. Again, we have Lifetime Achievement award for that. 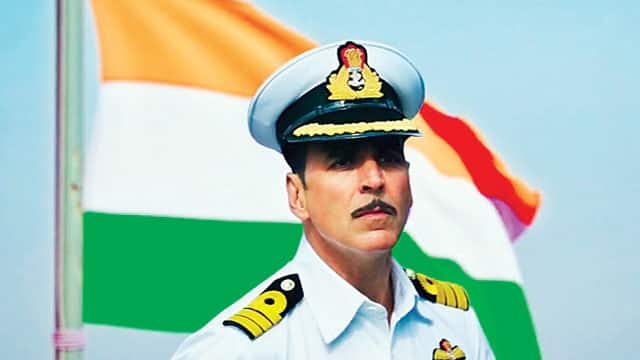 I know many will be wondering what's the big fuss - it's just an award function. Well, for a movie lover, National Awards means more than that. While popular awards like Filmfare and Screen go on to please stars and their tantrums, it's the National Awards that chose to reward an actor purely for his/her performance and give impetus to regional cinema. There is a reason why the jury considers movies 'censored', and not 'released', between 1st January to 31st December for consideration. It's because not all movies that get censored find a release date. There are small movies with terrific performances that never get released, but if one of them get an award, the whole team gets noticed. Like, for example, the talented Surabhi Lakshmi got the Best Actress award for Minnaminunga - a movie I am not sure even released in theatres. So her award will definitely get exposure to her movie and hope to get a release slot. It doesn't always happen. Geetanjali Thapa, who was last seen in Trapped as Rajkummar Rao's girlfriend, won the National Award for Best Actress a couple of years back for her performance in Liar's Dice, but the movie is still to get a mainstream release. That doesn't mean that every award should go to artsy movies, but it should be given to the best performance of the year. Unfortunately, this practice has found less favour among the jury over the years, and Priyadarshan's team is not the only culprit. Last year, we had Ramesh Sippy-led jury give the Best Actor award to Amitabh Bachchan for Piku, a role that doesn't challenge the actor in the legend. We have heard accusations about how Raveena Tandon got her National award for Daman because her uncle was a part of the jury. If this continues to go on and we reward bad movies and average performances, then don't complain why India can never make masterpieces like they do in the West, Iran, Argentina and Korea.

However, this year's selections and rejections have a far more dark vibe present in the decisions. It's not just a personal bias of a jury chairman involved in the award selection - there is a bigger power at play here. Udta Punjab, one of the better movies of last year, didn't find a single award because it clashes with the Censor Board. Aamir Khan and Shah Rukh Khan's performances will never be awarded, because they are considered anti-nationals by certain political factions. 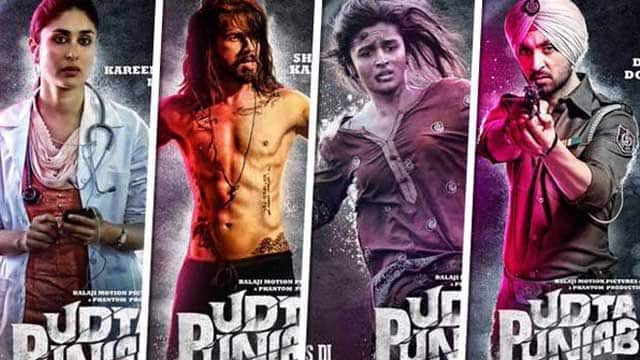 Above all, with all these huge controversies, the enjoyment of relishing genuine wins like Neerja, Kaasav, Ventilator, Joker ( the Tamil movie, not that Akshay Kumar snoozefest) gets lost in the process of the blame game.

In Bollywood, we don't make movies to tell a story; we make movies to build a propaganda. 'Being Human', 'Being Fan', 'Being Indian' - most of the plots surround these themes. Sadly, even our National Awards are being propaganda-driven, and that is a dangerous trend for Indian cinema - mixing politics with entertainment. Unfortunately, there is little a movie lover like me can do other than writing long posts like this, which many will read and forget, or else will get trolled by fans of their respective stars.

But I am pained. And I am sure, many movie lovers who want Indian cinema to be the best in the world, are also feeling the same pinch. And this is my only outlet. So, for the sake of Indian cinema, this is what I want to tell all the future jury members of National Awards - You are National Awards, something we look up as India's equivalent to Oscars, minus all the glitz. So please don't behave like some silly pan masala sponsored award show! It's your responsibility to nurture and reward the real talent in cinema, instead of stooping to nepotism.

Over to Akshay fans, let the trolling begin....