Priyanka Chopra will next be seen in The Sky Is Pink alongside Farhan Akhtar. The cast and crew recently wrapped up the shooting for the Shonali Bose directorial which also features Zaira Wasim and Rohit Saraf.

Priyanka Chopra Jonas is a global star and a true desi representative in all rights. The diva, who is probably going places as we talk, is a source of inspiration for many and a guide book on global domination. Apart from being one of the finest actors that Bollywood has ever produced, Priyanka is also an entrepreneur, a tech investor and many other things that make her who she is. But amidst all, she is also a doting daughter. A daughter to supports her mother in every walk of life and celebrates her in every way she can. Even more so today, cause it is Mama Chopra's birthday.

Priyanka Chopra dances like there's no tomorrow with Nick Jonas' manager's daughter and the video is a MUST watch!

Also Read - Happy birthday Priyanka Chopra: From being told to get a ‘boob job’ to being asked to strip – 10 jaw-dropping secrets of the ex-Miss World that will make you go hawww

The actress took to Instagram to post a lovely wish with the 'best birthday girl' and wrote, "Best birthday girl ever. @madhumalati I love you. Thank you for being my rock." She even posted a beautiful selfie with her mom and we already knew it but the fact just got reinstated that Priyanka got it from her mama! See for yourself... Also Read - Priyanka Chopra and mom Madhu have a swell time at the Rock and Roll Hall of Fame — view pics

Best birthday girl ever. @madhumalati I love you. Thank you for being my rock.

Not just her, even Nick Jonas also took to his Insta to post a loved up post for mom-in-law Madhu. Check it out here. Also Read - Priyanka Chopra, Jasmin Bhasin, Aditya Narayan – 8 celebrities that were trolled this week and why – view pics 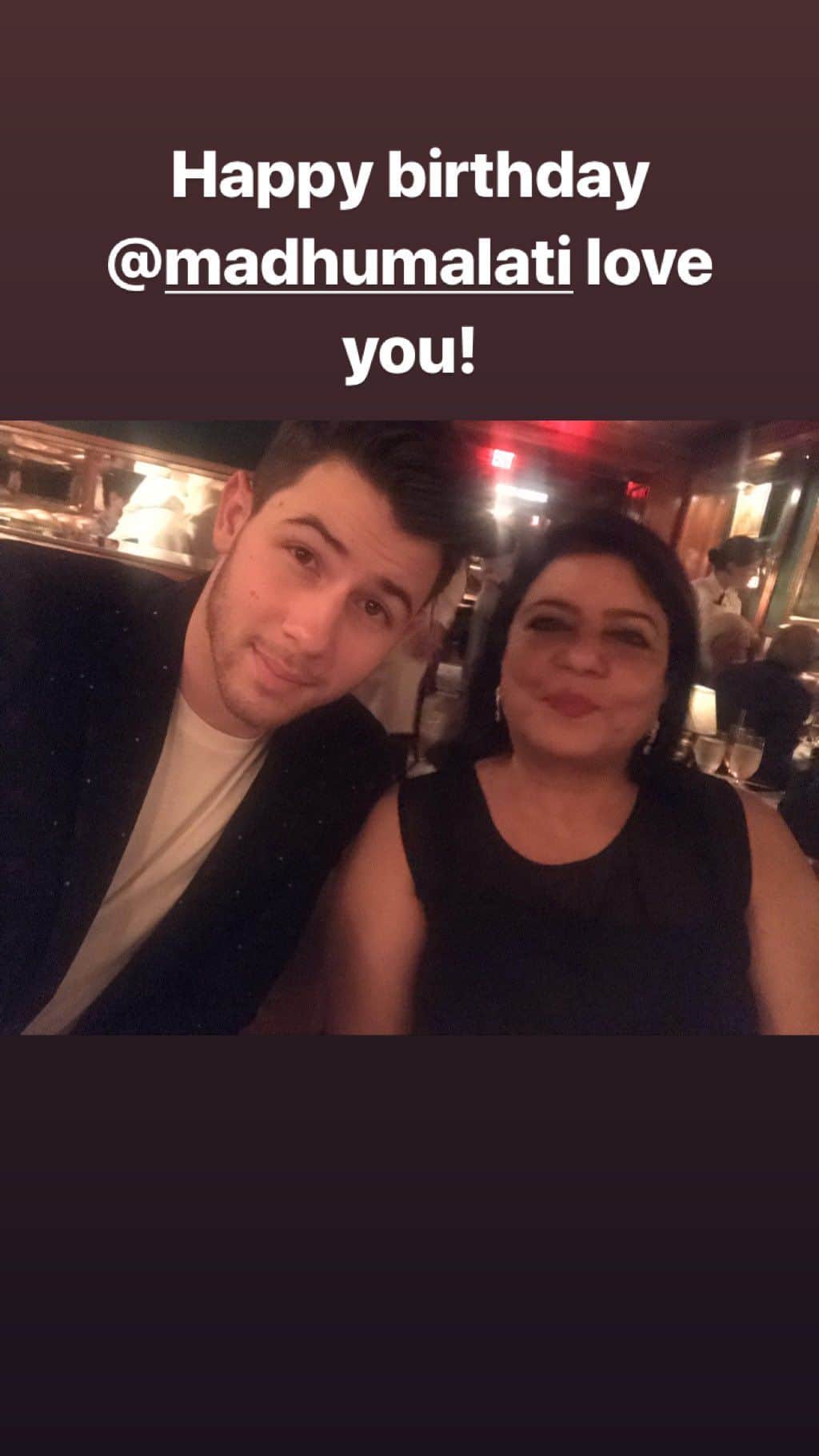 Aww, right? Earlier, PeeCee on the occasion of Father's Day had shared posts for late father Dr Ashok Chopra and father-in-law Kevin Jonas. It was endearing the way she remembered her dad with the most loving words with a side of fond memories and appreciated papa and mama Jonas for being there for her and taking her in as their daughter.

Father’s Day on moms birthday.. it’s almost like dad is here celebrating with us. Don’t need a day to miss and appreciate you dad. I love you. #HappyFathersDay #daddyslilgirl for life

Happy Father’s Day @papakjonas I feel blessed to have you and @mamadjonas in my life! Thank you for taking me in as your daughter with so much love and warmth ? Love you loads. #HappyFathersDay ?

On the work front, Priyanka Chopra will next be seen in The Sky Is Pink alongside Farhan Akhtar. The cast and crew recently wrapped up the shooting for the Shonali Bose directorial which also features Zaira Wasim and Rohit Saraf. The Sky Is Pink is bankrolled by Ronnie Screwvala's RSVP and Siddharth Roy Kapur's Roy Kapur Films. It is based on the true-life story of the young motivational speaker Aisha Chaudhary and her parents.