Shining and baring her legs in a sequined plunging gown by Zuhair Murad, Priyanka Chopra Jonas looks like a vision in white and we don't blame Nick Jonas to be love-struck at all!

Let's get this done with- Priyanka Chopra Jonas is a force to reckon with. And not just when she is out there doing her work as a global citizen but even when she steps out to do the most mundane tasks in life. Be it date night with hubby Nick Jonas or catching up with the entire fam when in town, Priyanka Chopra Jonas goes for the kill. Always. And while that is that, you can only imagine her lewks for the red-carpet slaying. It's hard to work that, isn't it? Well, guess it's a good thing we come bearing example!

That's right. The diva has done it again and how! Priyanka recently stepped out for the Billboard Music Awards 2019 that took place in Las Vegas and boy, did she turn heads. Yes, it was extra mushy with the husband looking on fine and dapper by her side but our desi girl left no space for questions with her OOTD. Shining and baring her legs in a sequined plunging gown by Zuhair Murad, PC was a vision in white. She accentuated the ensemble with pearls and bling from Tiffany and Co. and we will let the pictures do the talking! Take it all in. Also Read - After dropping Jonas surname, Priyanka Chopra recalls wondering if wearing a mangalsutra is too patriarchal 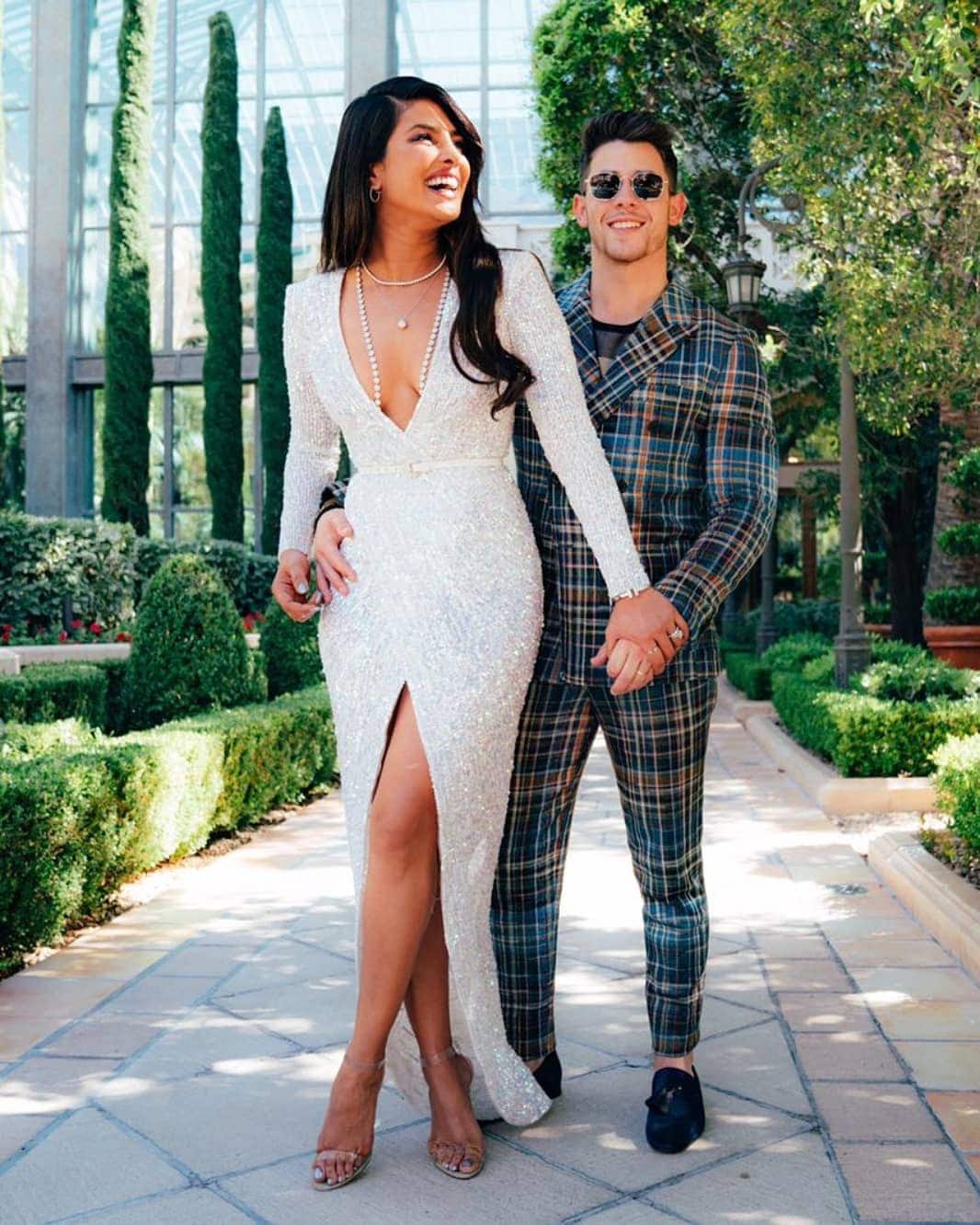 While that is that, PeeCee and Nick also stole a kiss during Jonas Brother's performance at the BBMAs and it was romantic as hell! See the video here.

See that swag? You can't see but we are tipping our hats to Priyanka's stylist Mimi Cuttrell. On the work front, riyanka Chopra will next be seen in The Sky is Pink alongside Farhan Akhtar. The cast and crew recently wrapped up the shooting for the Shonali Bose directorial which also features Zaira Wasim and Rohit Saraf. The Sky Is Pink is bankrolled by Ronnie Screwvala's RSVP and Siddharth Roy Kapur's Roy Kapur Films. It is based on the true-life story of the young motivational speaker Aisha Chaudhary and her parents. It marks Priyanka's much-awaited comeback to Bollywood after her appearance in a leading role in ABC's Quantico.