Anshula Kapoor recent shared a video stating that she is now a part of No Bra Club. Priyanka Chopra commented on it too. 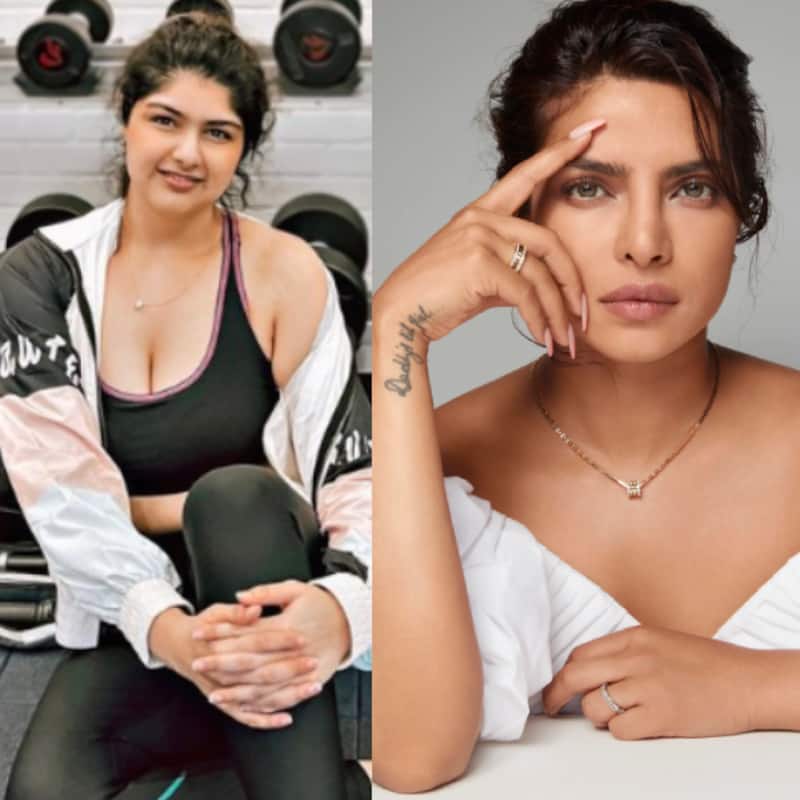 Women would know! Arjun Kapoor's sister Anshula Kapoor dropped a video yesterday that every woman can relate too. She shared a video in which she can be seen removing her bra from under her T-shirt and in the caption, she promoted No Bra Club. She shared the video with the caption, 'the best part about coming home from Sunday brunch! #NoBraClub'. Now didn't we say every woman can relate to it? Well, even Priyanka Chopra agrees with it. The Global icon commented on Anshula's video and extended her support. Also Read - Laal Singh Chaddha actress Kareena Kapoor Khan detaches herself from the film's 'boycott' trend; falls back on her two pillars Saif Ali Khan and Taimur [View Pics]

Priyanka Chopra commented on the video saying, "Everyday" along with laughing emoji. Apart from Priyanka, quite a few others also commented on Anshula's video and revealed that they could totally agree and relate to Anshula being a part of No Bra Club. A comment on it read, "During the pandemic every day was Sunday." Another user said, "Seriously! Best feeling ever!" Also Read - Kundali Bhagya actress Shraddha Arya shares the most gorgeous pics of her plush new home and we so wish we were her neighbours

Anshula Kapoor's weight loss journey
Earlier Anshula hit headlines as she left fans floored with her marvellous transformation journey. Over the past few months, Anshula has been sharing quite a few pictures flaunting her lean self. She has also been motivating many to take up a healthy lifestyle by sharing pictures and videos from the gym. In one of the posts, she revealed that it took her almost two years to achieve the great results and dedication is the key. She wrote, "It’s been a 2 year long journey, and I’m still a work in progress. It’s taken me almost as long to realize that my self worth isn’t tied to the shape of my body, and that constantly belittling or criticizing my imperfections & flaws isn’t doing me any good - regardless of whether that flaw is emotional or physical. I’m still learning to love the perfectly imperfect me that I’m discovering and leaning into, because life is too short to live it thinking you’re unworthy or unlovable. I am flawed, and still worthy." Also Read - After Urvashi Rautela's 'chotu bhaiya' remark, Rishabh Pant shares a cryptic post on 'stress' and 'letting go'