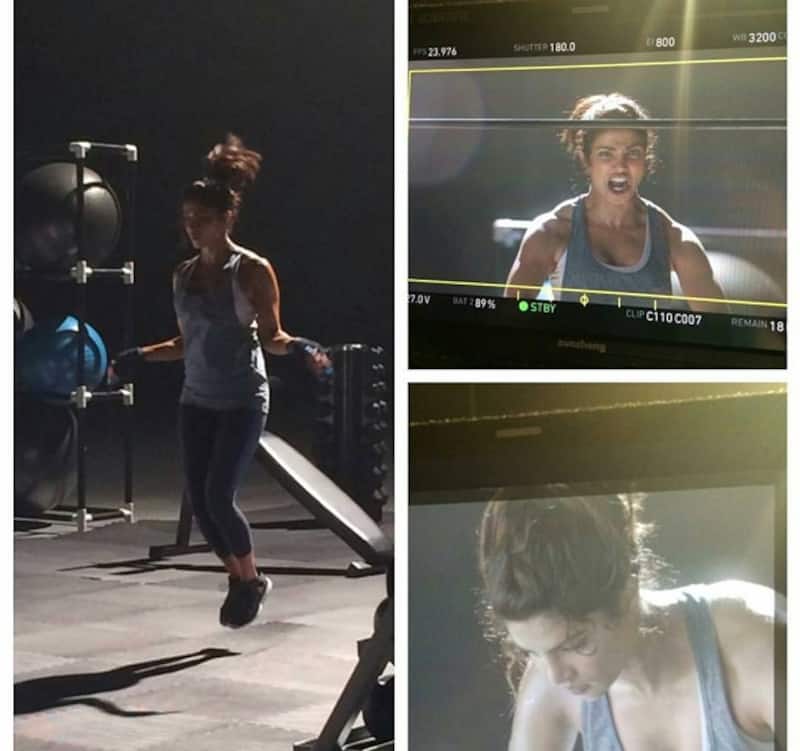 We are well aware of the months of hard work and physical training and boxing session Priyanka Chopra put herself through to prepare for her role as Mary Kom. We even got a glimpse of the actress’ session in the film and well, it all turned out to be worth the effort because we loved and admired and were inspired by PC's avatar. Ahead of the film’s first anniversary, Priyanka is gripped by a sense of déjàvu as she trains yet again… this time for her role of Alex Parrish in her American telly series, Quantico. Also Read - Priyanka Chopra REVEALS first-ever picture of daughter Malti Marie Chopra Jonas with her brother Siddharth Chopra; pens a sweet note

The actress shared the above pic on her Facebook account saying, “Such déjàvu to shoot on the eve of #OneYearOfMaryKom Alex Parrish killing her angst in the gym!… #Quantico.” By the looks of it, seems like PeeCee is all set a powerful punch once again. Also Read - Janhvi Kapoor, Alia Bhatt and more: A sneak-peek at Bollywood stars' phone wallpapers

Given that Priyanka has already taken US by a storm and has the US press taking words of praise for her, we won’t be surprised with the success of Quantico. The show goes on air from September 27. Also Read - Hansika Motwani to Alia Bhatt: Celeb brides that left us speechless in their pre wedding festivities