Priyanka Chopra is currently enjoying her trip to New York. She visited her restaurant Sona and hosted a few friends. She even enjoyed some Indian chaat. 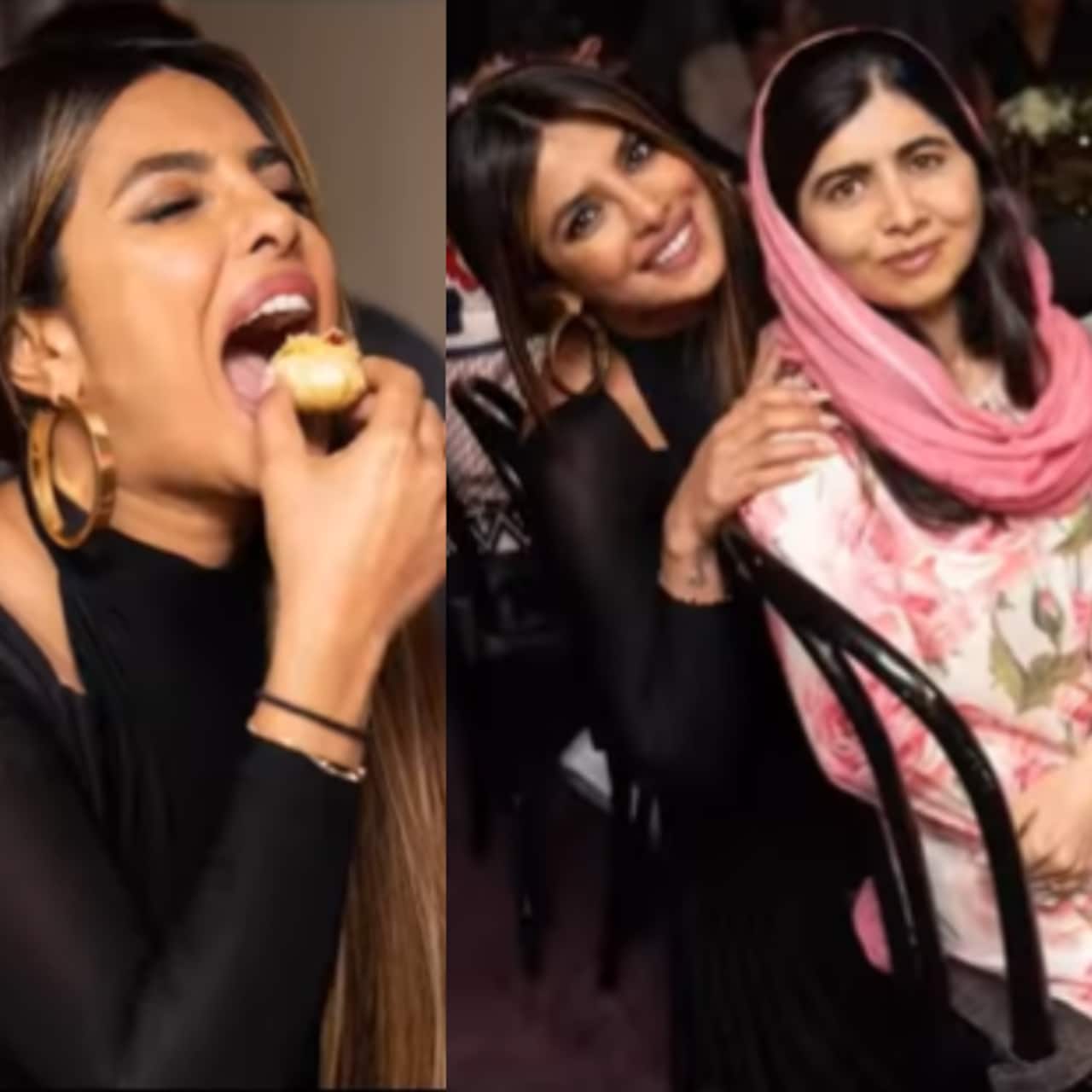 Priyanka Chopra is living her best life. The diva who married American singer Nick Jonas and now has a daughter Malti Marie Chopra Jonas is currently in New York on a trip. Well, when in the big Apple, how can she not visit her own restaurant Sona? Yes, Priyanka Chopra owns a fancy restaurant in New York that serves delicious Indian food. Just yesterday, we brought to you pictures of Priyanka Chopra flaunting her fashionista self in a black backless dress for her visit to Sona. Now, she has shared glimpses of the fun night that she had with her friends. Also Read - Sidharth Malhotra and Kiara Advani wedding: Couple to follow NO kissing policy in films after marriage?

All about Priyanka Chopra's trip to her restaurant in New York

In a video shared online, Priyanka Chopra has given a glimpse of her trip to Sona and the friends she hosted at her restaurant. Apart from husband Nick Jonas, Malala Yousafzai, American fashion designer Prabal Gurung, Joe Joans, and others could be seen in the video. She can also be seen hogging on delicious chaat at her restaurant. The inside glimpses show that Priyanka Chopra has designed her restaurant quite tastefully. Also Read - Sidharth Malhotra-Kiara Advani's wedding to cost Rs 6 crore? Here's a list of Bollywood's most expensive weddings ever

Check out Priyanka Chopra's video below:

Before this, Priyanka Chopra and daughter Malti's pictures showcasing their time in New York had gone viral. The actress had shared two pictures that showed Malti looking out of the window. In another picture, the mother-daughter duo could be seen strolling in a park. Priyanka and Nick are yet to reveal the face of their daughter. Also Read - Sidharth Malhotra and Kiara Advani's royal wedding in Jaisalmer; check out which Bollywood couples married in Rajasthan [Watch Video]

On the work front, Priyanka Chopra has a movie called It's All Coming Back to Me in the pipeline. She is also going to star in a Bollywood film called Jee Le Zara along with Alia Bhatt and Katrina Kaif.