Priyanka Chopra: I can be a pretty high-maintenance girlfriend!

Priyanka Chopra is known to be an explosive diva! The feisty star always speaks her mind and doesn't hold back from voicing her opinion in the strongest words possible. She has also won millions of hearts with her stunning personality and I am sure that many out there wish for her to be their "only one." But the Quantico star reveals that she isn't easy to please! Also Read - Sonakshi Sinha is having a serious love affair with fringes in her latest magazine shoot

In the interview with the digital edition of a fashion magazine PC revealed that she "can be a pretty high-maintenance girlfriend!" Now that is not so surprising or hard to believe considering that PC is the reigning diva of Bollywood and the man she dates has to be a worthy match for her! Also Read - Ileana D’Cruz reveals her unexplored side in this distinctive new photoshoot

Coming to the cover of the digital issue of the magazine, Priyanka sizzles on it as usual! She is wearing Namrata Joshipura crop top and shorts. She is carrying a Saaj by Ankita jacket and AeTee rings. She belongs in Hollywood, don't you agree? Also Read - Say hello to Vaani Kapoor as she scorches the temperatures with her HOT AF photoshoot for a leading magazine 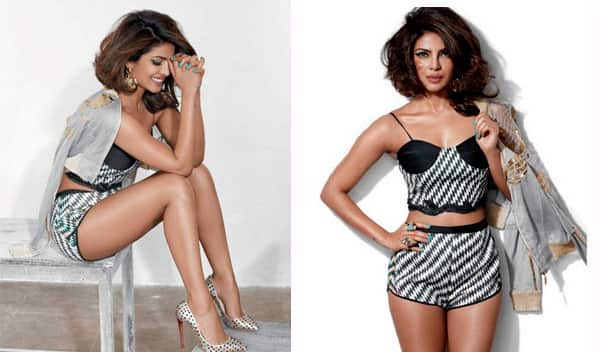 Her next look from the photoshoot for the magazine is equally gorgeous. She is seen wearing a Namrata Joshipura skirt, a short Kukoon cape and a Not So Serious floral bodysuit by Pallavi Mohan! 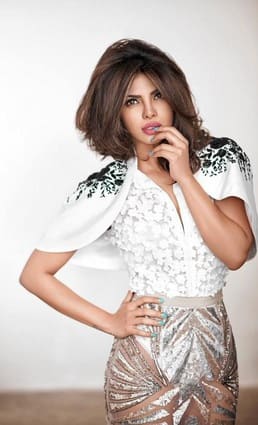 For the third look, Priyanka is wearing a Malini Ramani playsuit with a Futurology ring. Which of PC's looks is your favourite? Do let me know in the comments section below!