Priyanka Chopra Jonas, in a recent interview, spilled beans on her bond with hubby Nick Jonas and what makes it work like a charm. Priyanka revealed the exact moment when she knew that the singer was a keeper and it's too cute to be missed! 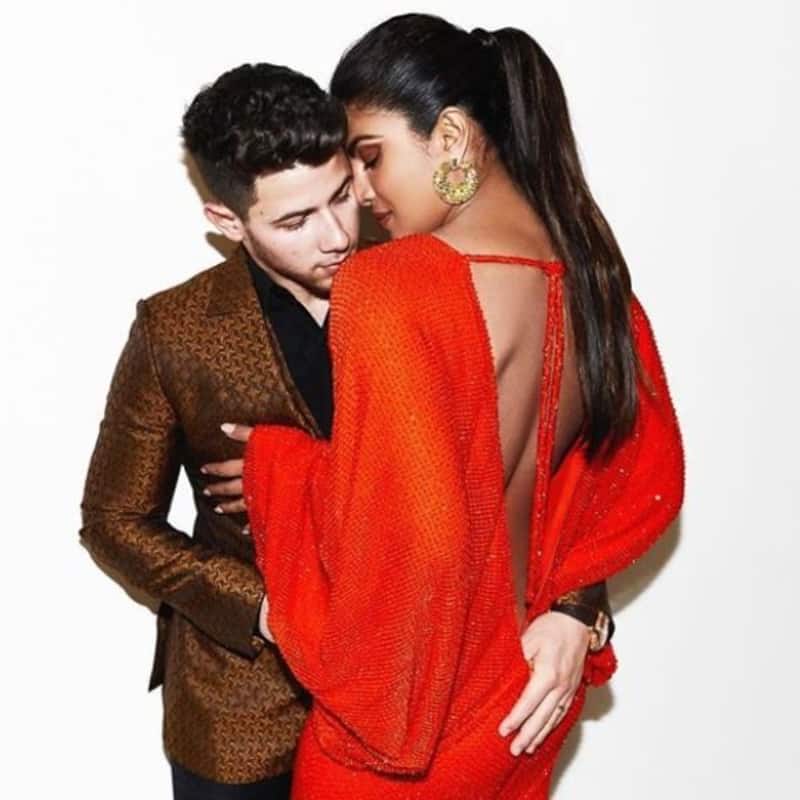 Boy, will Priyanka Chopra and Nick Jonas stop being so damn adorable? Doesn't look like, because they are presently busy giving couple goals and how! Anybody who has dedicatedly followed their wedding, for future references, should also take down these notes because the duo has been adorable since the word go! Be it while vacationing on far away, exotic lands or slaying the red carpet together, the Mr and Mrs are hardly ever not on point. Case in point, their red carpet debut as a couple at Cannes 2019. The lovebirds were at French Riviera, France earlier for the 72nd Festival De Cannes and boy, did they slay. (Also Read: Cannes 2019: Priyanka Chopra's orange backless dress is making jaws drop but where exactly is Nick Jonas' thumb) Also Read - Trending Hollywood News Today: Tejasswi Prakash reveals she’s a BTS fan, Nick Jonas attempts belly dancing with Shakira and more

But hey, PeeCee did more than just dropping lewks with hubby dearest. The global diva even spilled beans about her bond with Nick and what makes it work like a charm. In an interview with Anupama Chopra, Priyanka revealed the exact moment when she knew that the singer was a keeper. She began with, "The best thing about getting married to someone like Nick is he understands what it takes to have the careers that we do. His career is longer than mine, he's been in the business almost 20-21 years and he knows what it takes. So that was one of the first things I think I fell in love with him." (sic) Also Read - Trending OTT News Today: The Gone Game season 2 trailer, Richa Chadha trains in Kathak for Heeramandi and more

Speaking of the incident that pretty much sealed the deal, she stated, "We were on a boat with a bunch of our friends, it was the Memorial Day weekend and a bunch of our friends were like don't go to work. I was like maaroing hints, if someone gives me a reason to cancel my meeting, I will cancel it, he's like ignoring, I am like did he hear me, he's ignoring me." Also Read - Koffee With Karan 7: Priyanka Chopra-Nick Jonas to make first joint appearance on Karan Johar's chat show? Here's what we know

When probed further, the proud wife took over and shared how Nick gets her work and her ambitions that drive her. That and how he supports her in everything as it was him who said to her, "I am going to take out our friends for dinner, you finish up and come back." The actress added, "I sat back when I was going for my meeting, I said he's hosting our friends and waiting for me to finish. That's when I knew he's a keeper." Aww, right?

On the work front, Priyanka Chopra will next be seen in The Sky Is Pink alongside Farhan Akhtar. The cast and crew recently wrapped up the shooting for the Shonali Bose directorial which also features Zaira Wasim and Rohit Saraf. The Sky Is Pink is bankrolled by Ronnie Screwvala's RSVP and Siddharth Roy Kapur's Roy Kapur Films. It is based on the true-life story of the young motivational speaker Aisha Chaudhary and her parents. It marks Priyanka's much-awaited comeback to Bollywood after her appearance in a leading role in ABC's Quantico.