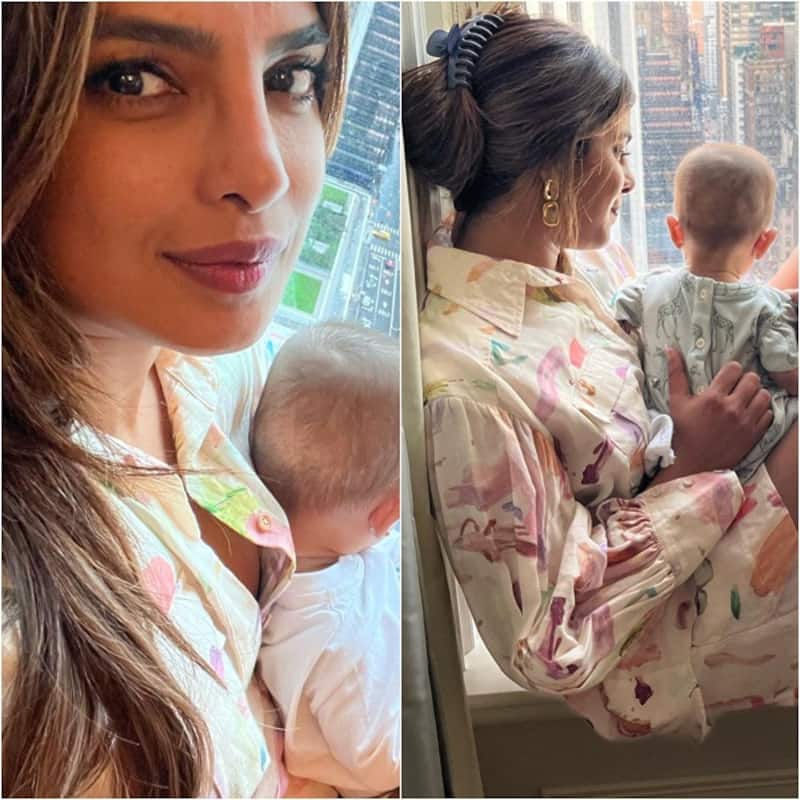 Priyanka Chopra Jonas is a hands-on mother to her daughter Malti Marie. Despite her busy schedule, she makes sure to spend quality time with her little bundle of joy. She is currently in New York and couldn't resist herself from sharing a couple of pictures from her daughter's first trip to NY. Also Read - Aishwarya Rai Bachchan to Kareena Kapoor Khan: Pregnancy news of these actresses have fans on alert and excited mode

She shared two picture of herself with Malti wherein the actress was seen sitting beside the window and treating Malti with the picturesque view of the city. The little appeared to be quite curious to know about the happenings outside the window. The doting mother held her daughter into her arms with a smile, however, she refrained from revealing the little munchkin's face. Also Read - Pathaan Shah Rukh Khan to Vikram Vedha star Saif Ali Khan: Bollywood celebs who lost temper when fans invaded their privacy and got too close for comfort

Last month, Priyanka had shared a few glimpses of Malti who looked in a playful mood during their vacation. The mother-daughter duo were seen twinning in white outfits. Before that, Priyanka took her daughter out on a trip to Lake Tahoe in the US. She was seen holding her daughter during a hike with her best friend. She hid Malti's face with a heart emoji. Also Read - Jr.NTR making Hollywood debut; check out the list of South Indian stars who have already worked in Hollywood movies

Priyanka and Nick Jonas welcomed their baby daughter on January 22 via surrogacy. They requested their fans for privacy during this special time as they wanted to focus on their family. A couple of months ago, it was reported that the couple were planning to have siblings for Malti via surrogacy. It was also being said that Nick Jonas is trying to have kids close in age to his brothers Kevin Jonas and Joe Jonas and they want their kids to be like siblings and not cousins.

On the work front, Priyanka, who was last seen in Matrix 4, will be seen in Russo Brothers' Citadel and It's All Coming Back to Me.