Some Bollywood actresses really know how to pull off mediocre outfits with a lot of panache. This week we saw quite some ravishing appearances and the ladies proved that they are born to rule our hearts with their remarkable fashion picks. Kareena Kapoor Khan, Priyanka Chopra, Sonam Kapoor rarely fail in the style department. These ladies are pretty and they have a knack to pick something that’s unique and classy in its own way. With the help of their ace stylists, these women have always managed to impress us with their fashion outings. Let’s take a look at how they nailed their individual attires this week and why they deserve all your attention… Also Read - From Deepika Padukone to Aishwarya Rai Bachchan: THESE Bollywood beauties refused to share screen space with Salman Khan – here's why 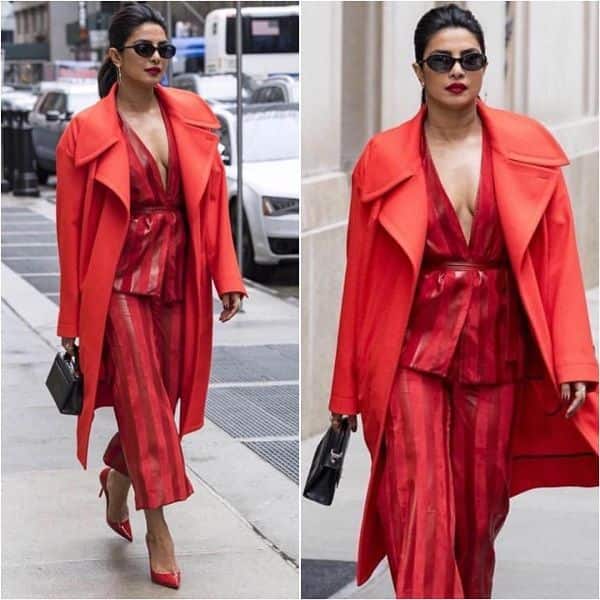 Priyanka Chopra was promoting the third season of her ABC show, Quantico in New York. And in the two days of her promotional tour, she gave us five looks, all of which impressed us. But our personal favourite was the head-to-toe red ensemble. She wore a crimson coat by Vivienne Westwood over a matching co-ord by Spanish designer Alejandra Alonso Rojas and Christian Louboutin shoes. A red lip colour, black miniature bag and sunglasses finished her look. Chic and classy are the words that come to our mind immediately after looking at her in this look. Also Read - Filmy Friday: When Shahid Kapoor confessed to feeling threatened by Ranveer Singh and Deepika Padukone

Kareena made us go WOW at the trailer launch of her film, Veere Di Wedding. She wore a navy custom suit by Dhruv Kapoor. The tube top paired with that statement brooch was just impeccable styling at its best. She worked every bit of the look, head to toe. ALSO READ: Samantha Ruth Prabhu, Alia Bhatt and Sonam Kapoor’s impeccable styling has made us root for them this week 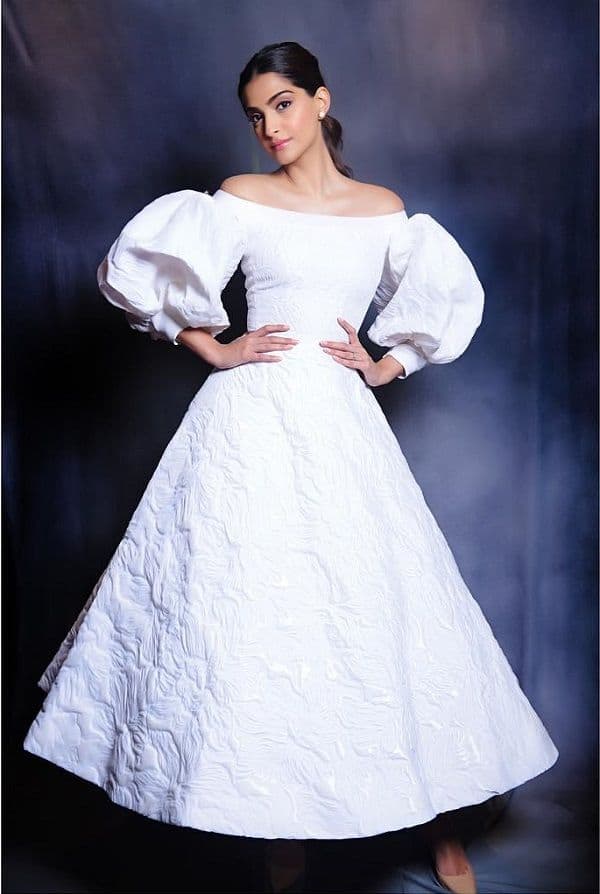 As always, Sonam Kapoor turned heads at the VDW trailer launch in her white off-shoulder dress by Greek designer, Celia Kritharioti. While some would have preferred something more fun and like a too proper look for a trailer launch, but the fact that Sonam is carrying this with so much grace and style nullifies the former. 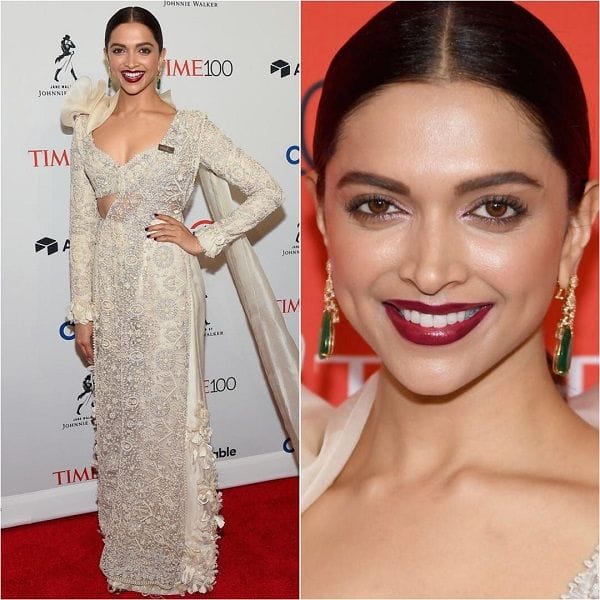 Deepika, who was named one of Time Magazine’s 100 most influential this year, attended the gala in New York City wearing an ivory Anamika Khanna ensemble. Red lips done to perfection and paired with diamond Farah Khan drop-earrings, everything seemed on point. The only complaint that we had was that middle parting which she did for the Nth time. 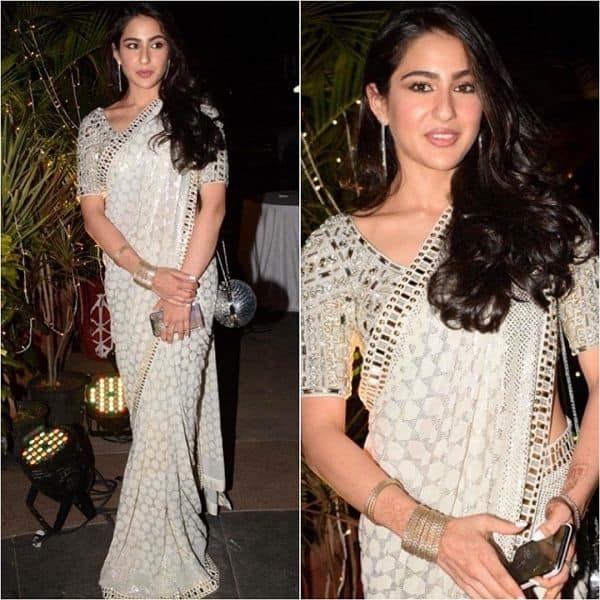 Sara wore an Abu Jani Sandeep Khosla sari to Saudamani Mattu (niece of the designer duo) and Siddharth Bhandari's wedding reception. The label pick was of course not a surprise, but if we are not wrong, this is the first time we are seeing her in one and did she wear it well? 200 percent.