Desperate to see your favourite star getting married soon? Be content with his marriage on screen!

In South, there is a term called Ganapathi Kalyana. The terms comes from an old fable in the mythology. Unlike the northern versions of Hindu mythology, Ganapati remains a bachelor for life in the South tales. He would always pester his father, Lord Shiva, and ask him when would he get married. Lord Shiva would always promise him 'tomorrow...tomorrow', unfortunately for our fave Elephant God, that tomorrow never comes! Also Read - Lisa Haydon, Amrita Rao and other Bollywood divas who flaunted their baby bump in the most gorgeous way

So why am I telling you this fable in a site dedicated to movies? Because Salman Khan's marriage is just like Ganapathi Kalyana; we keep on hearing that it will happen every now and then, but that moment of joyous occasion for many of his fans will remain a distant mirage for everyone. When he attended Preity Zinta's reception with his Romanian girlfriend Iulia Vantur in tow, everyone said they are going official. So there were talks that he might get married on his birthday, later this year. Also Read - Bollywood and Baarish: Romance, fights, chiffon sarees and more – here's what actors do when it rains and it's HILARIOUS – view pics

However no official statements have come from any of their family members, with Salman himself showing no interest in the matter. So whether he will finally get married to Iulia or not is all left to conjecture, but we can all discuss his multiple marriages that happened on the silver screen. After all your dreams do come true in movies! Also Read - Arjun Kapoor-Parineeti Chopra's Sandeep Aur Pinky Faraar, Shah Rukh Khan's Devdas, Aamir Khan's Rang De Basanti and more films that saved dying careers [Part 1] – view pics 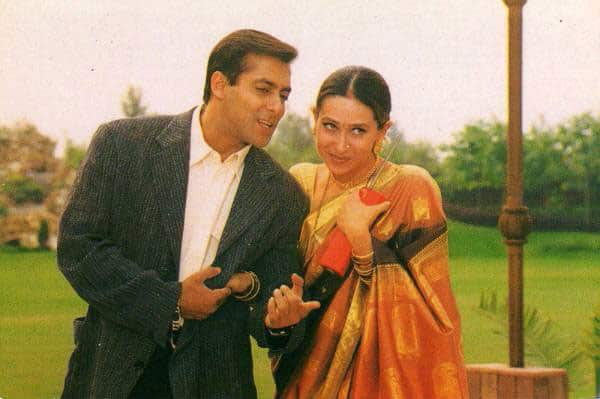 Karisma Kapoor might be the only B-town lady to marry Salman Khan the maximum times. And sure, their jodi looked cute as well! 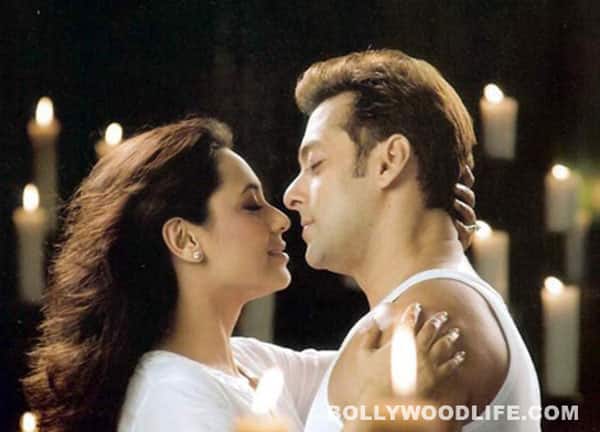 Though he lose Rani to Arbaaz Khan (of all people!) in Hello Brother, he marries the Chopra bahu in two films that never worked at the box office! 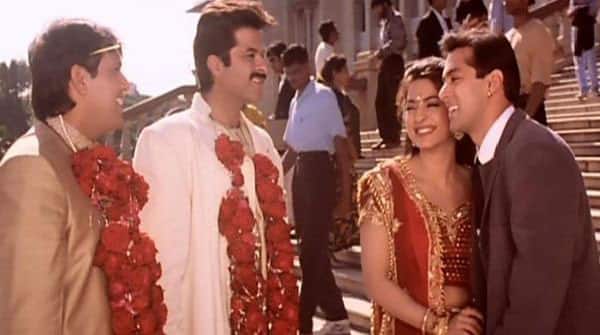 For some strange reasons, no one thought of pairing up Salman and Juhi in a film, though they were quite popular stars in the '90s. Though Salman compensates for that by snatching Juhi away from the noses of Anil Kapoor and Govinda in this David Dhawan comedy.

Though he nearly sacrificed his love for his elder brother, a dop plays plays saviour, and he ends up getting married to Madhuri in the climax of this super duper hit!

In one of his best performances till date, Salman Khan falls in love with Manisha Koirala and gets married to her, despite her father not so much approving their relationship.

In the climax of the film, after every family issue is solved, Salman Khan is seen marrying his fiance, played by Sonali Bendre! 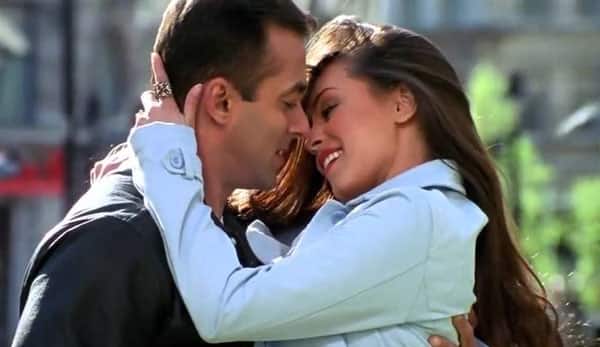 Salman Khan is seen in an extended cameo in the film where he plays Amitabh Bachchan's adopted son, and Mahima Chaudhary's husband. 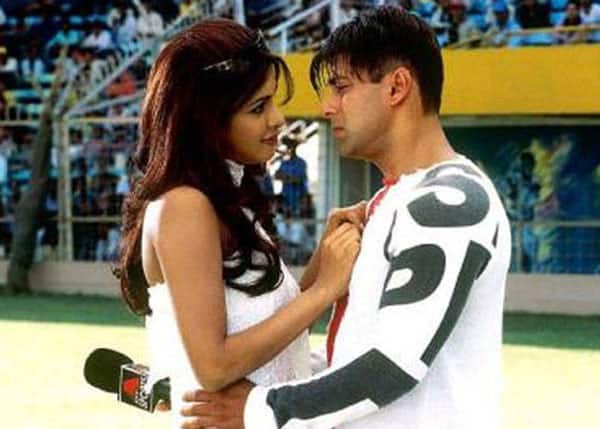 After tussling with Akshay Kumar the whole film, Salman finally manages to marry the lovely Priyanka Chopra in the strangest lesson of Anger Management. 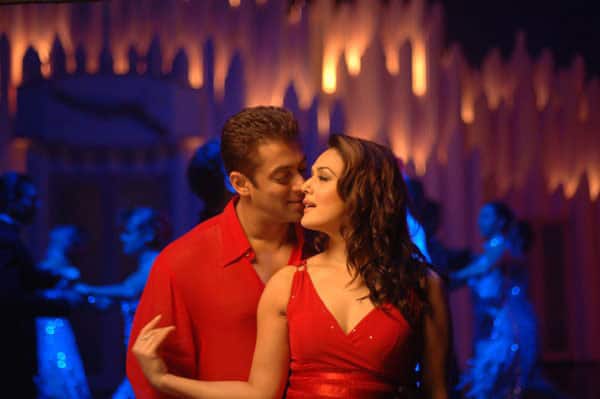 Though it is only in Har Dil Jo... that they are happily married. In Dil Ne Jise Apna Kaha, Preity Zinta dies, while in Heroes, he dies! And in Jaan-e-Mann, they get separated! 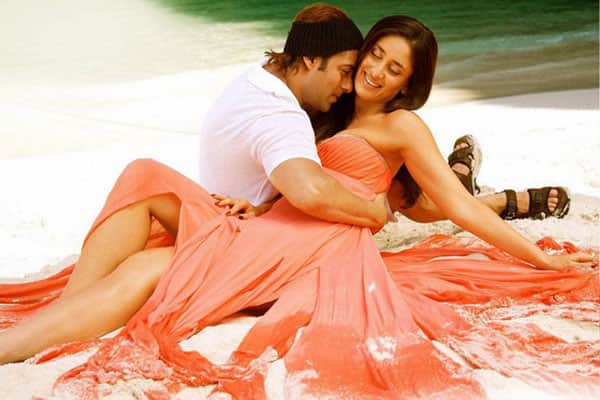 Like elder sis, even Kareena got the chance to play Salman's biwi in a couple of films, though her marriage to Salman in Bodyguard is only hinted at. 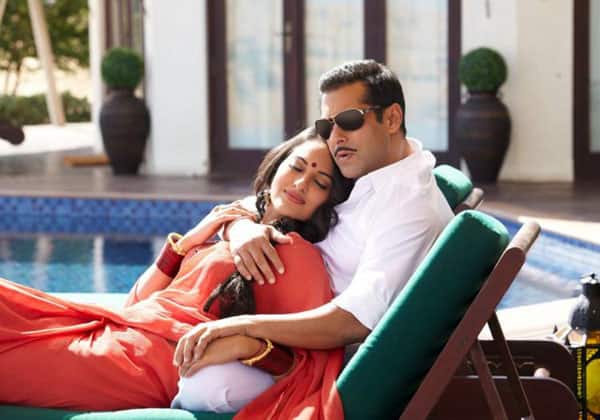 Sonakshi was one of the very heroines who in her debut film manages to tame Salman in matrimony, and then continued to keep him tied to her pallu in the sequel as well. 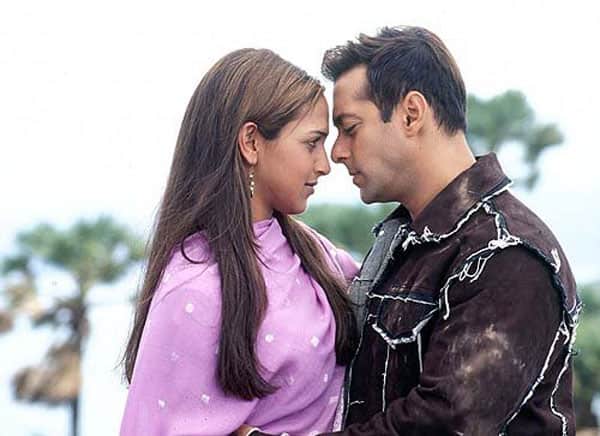 Esha Deol plays the unsuspecting wife of a philandering husband, played by Salman Khan, who learns his lesson by the end of the film. 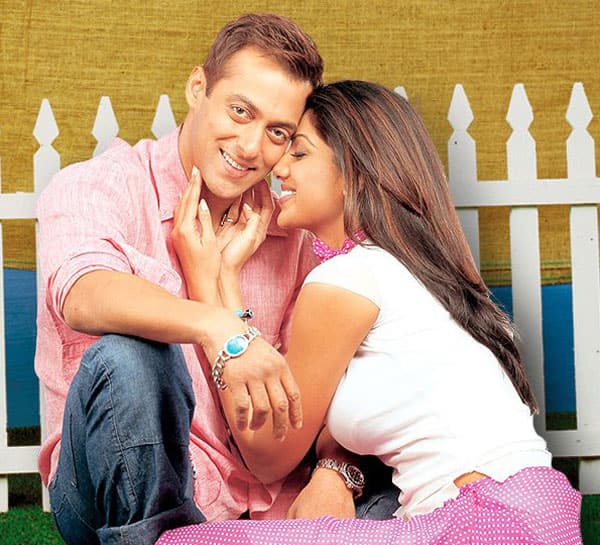 Going by the title, you know how their marriage would have looked on screen! 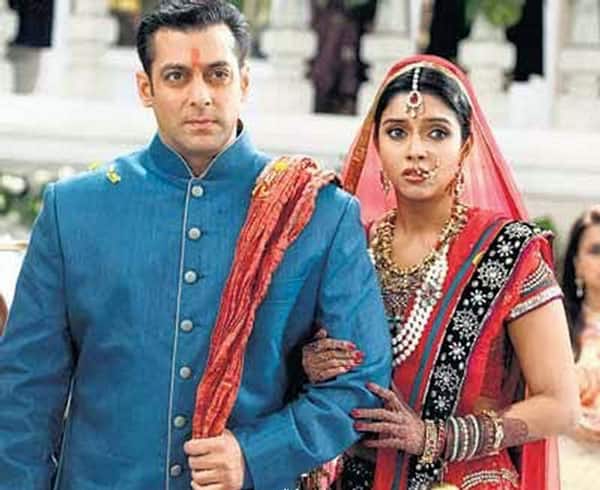 Asin had a hit and miss ration with Salman Khan, with London Dreams tanking at the box office, while Ready being a huge hit! 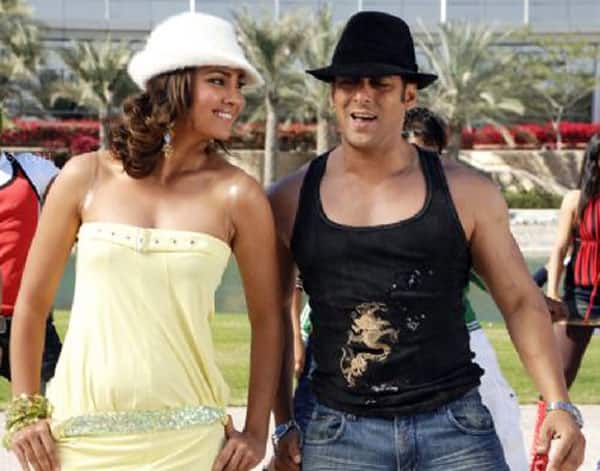 In this remake of Will Smith's Hitch, strangely it's Govinda who ends up marrying Salman's then girlfriend Katrina kaif, while Salman had to contend with the super hot former Miss Universe Lara Dutta. Not a bad loss! 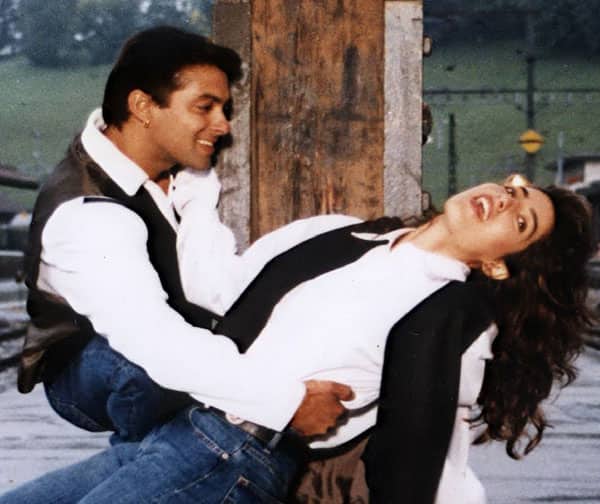 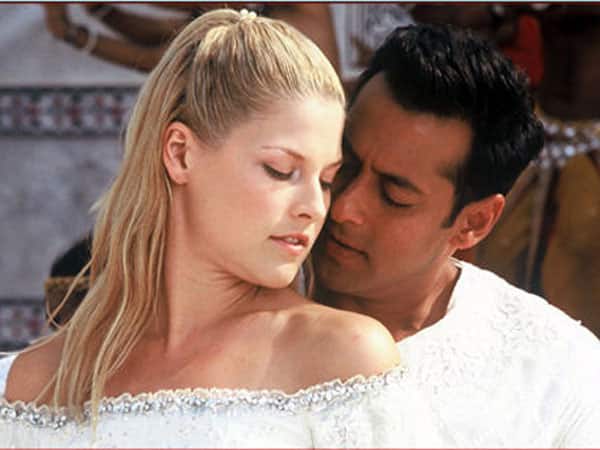 Salman's only international (and disastrous) venture had him marrying the Final Destination actress in the climax of the film, Bollywood ishtyle! Guess, this was a hint at Salman's fascination for gori mems!