After attending the TCA panel discussion for her upcoming show Quantico, PC partied hard looking like a vision in green!

Priyanka Chopra stunned the international media with her humility, intelligence, beauty and talent yesterday as she attended the TCA panel discussion with her upcoming ABC show executive producers and writers Joshua Safran and Mark Gordon. PC wore a lovely pink Victoria Beckham sheath dress for the event. But after the TCA discussion, Priyanka changed out of the VB dress and changed into an all the more gorgeous green Cushnie Et Ochs dress for the ABC Television Group's All-Star Cocktail Reception party. Also Read - From Bareilly to USA- here's looking at Priyanka Chopra's remarkable journey! 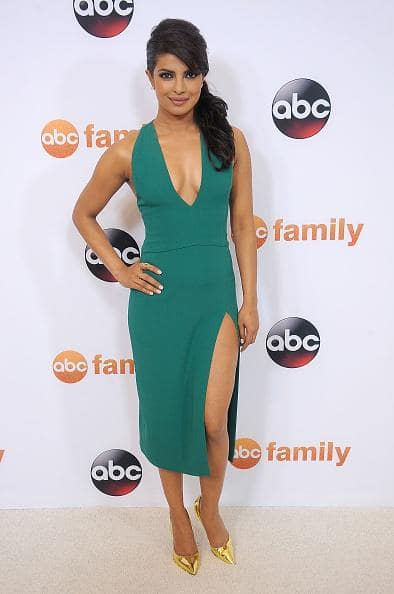 Priyanka looked severely hot in the sexy green thigh-high slit dress which she had teamed with golden Giuseppe Zanotti pumps, a pair of Kimberly McDonald earrings and a Borgioni jewels ring. PC was styled by Sophia Banks for the party. Also Read - Priyanka Chopra's Quantico makes an impressive debut overshadowing the long-running CSI! 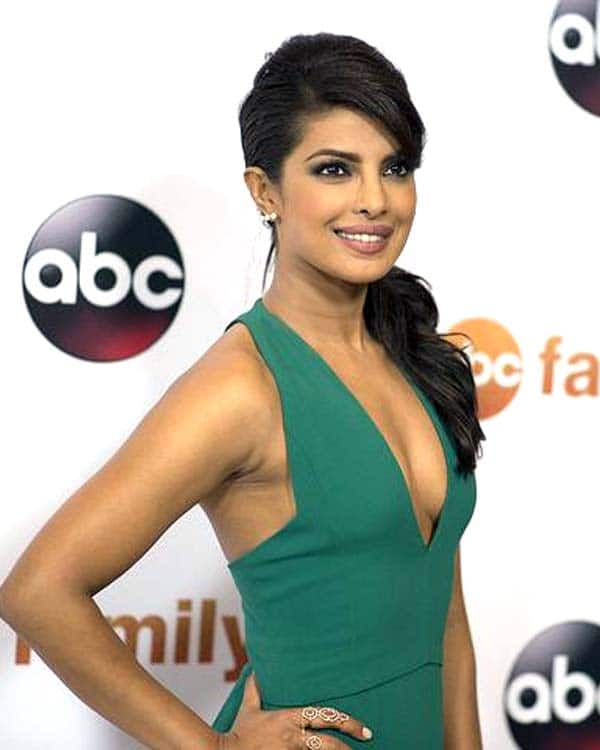 Guess who our desi girl bonded with big time at the All-Star Cocktail reception? It was none other than the Scandal star Kerry Washington. PC and Kerry have praised each other in the past and at the party too, these two ABC stars were seen getting pally with each other!

We cannot wait for PC to make her international television debut in Quantico!