Priyanka is also hosting a big bash this evening that will have a lot of Bollywood stars in attendance and we can't wait for the pictures.

Priyanka Chopra and Nick Jonas are the talk of the town and how! Like their whirlwind romance wasn't enough-- which they never admitted to by the way--the way the couple pulled off long-distance and put a ring on it has melted everyone's heart. What did you not see the way they made their love official on Insta? If you've somehow missed the memo, the two have finally sealed the deal and their pictures going viral across the internet are proof. They did so in an intimate Roka ceremony Priyanka's bungalow amidst close friends and family and we're still gushing on the pictures. Also Read: "Taken!" Priyanka Chopra and Nick Jonas FINALLY make it official with adorable Insta posts- view pic Also Read - Shah Rukh Khan's witty reply to Tom Hiddleston aka Loki repeatedly associating him with Bollywood and India wins the internet

And needless to say, the entire Bollywood has come together to wish the couple on their special day. Priyanka's social media is flooded with comments and they're all sweet. Ranveer Singh, Hrithik Roshan, Alia Bhatt, Varun Dhawan, Sonam Kapoor and others have taken their time to leave her wishes. See here. Also Read - From Kareena Kapoor's patialas in Jab We Met to Dimple Kapadia's polka dots in Bobby: 7 iconic looks from Bollywood films that became trends 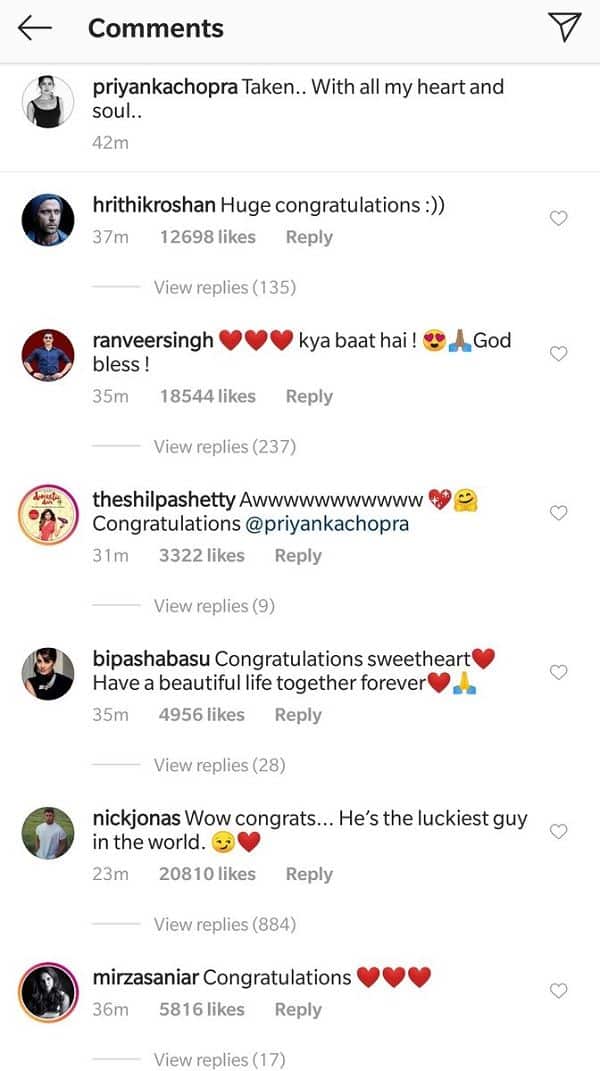 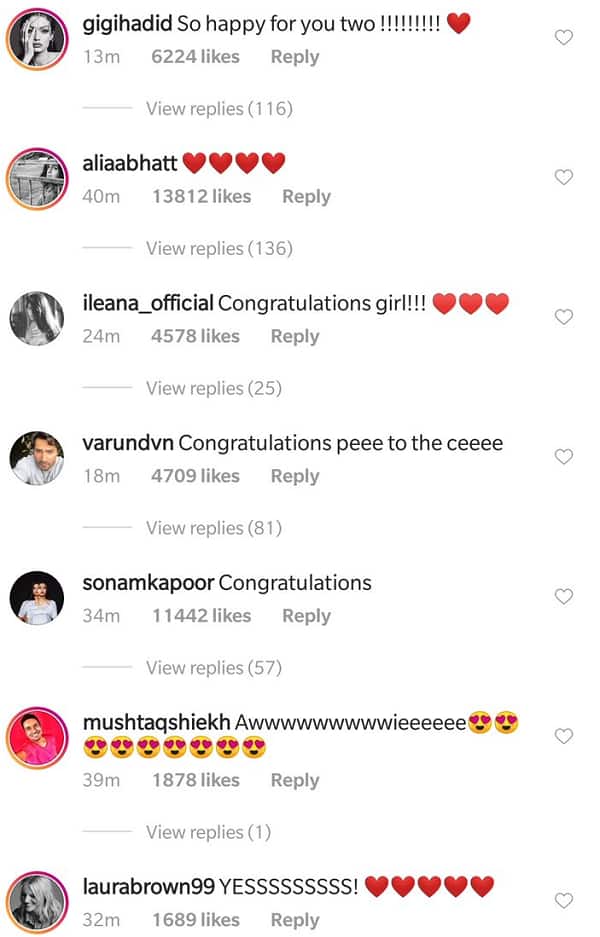 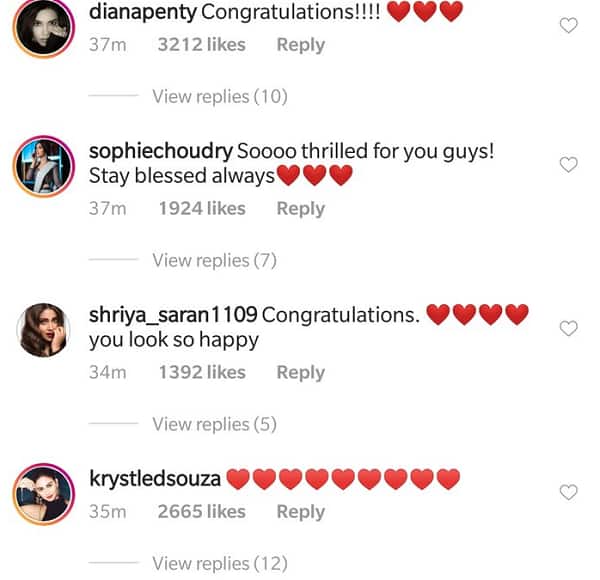 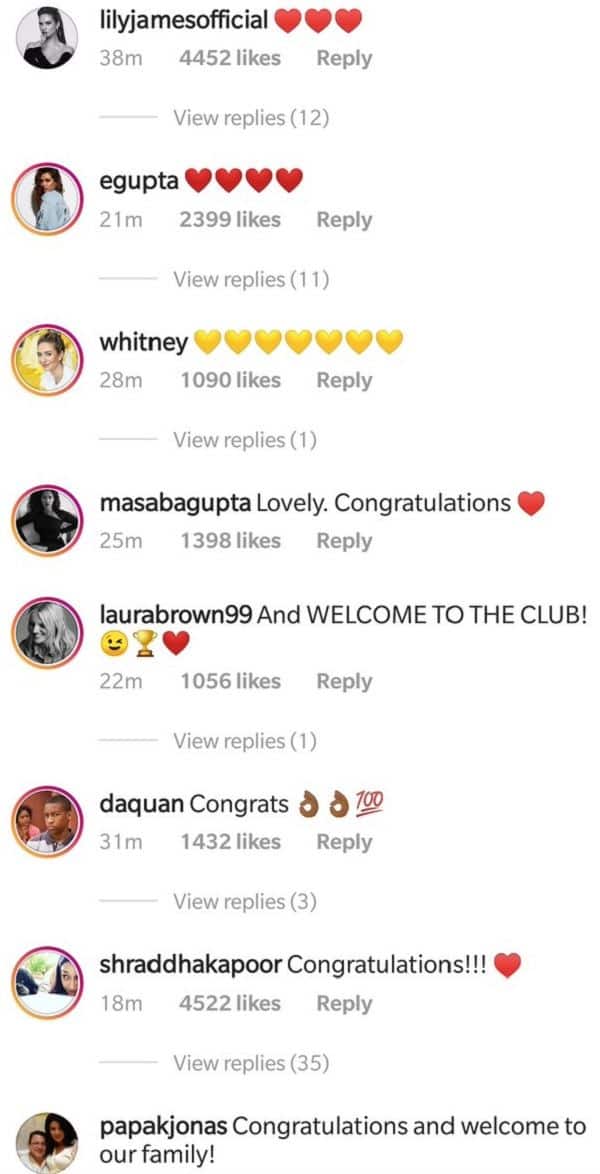 Congratulations to my dear @priyankachopra & @nickjonas on their new journey together. Wish you both loads of love, happiness & togetherness always ? ting #PriyankaNickEngagement #Celebration pic.twitter.com/psNseJlibo

Isn't that adorable? For the uninitiated, Priyanka is also hosting a big bash this evening that will have a lot of Bollywood stars in attendance. And we don't know about you but we can't wait for the pictures.