Priyanka Chopra and Nick Jonas welcomed a baby girl recently via surrogacy. Natasha Poonawalla, PeeCee's bestie took to her social media handle and wished the couple on their new journey.

On Friday, Priyanka Chopra and Nick Jonas surprised everyone by announcing that they have welcomed a baby via surrogacy. The two lovebirds who have been married for over 3 years took to their Instagram handle and released a statement announcing the same. And soon, wishes and congratulatory posts/tweets started pouring in for Priyanka Chopra and Nick Jonas. And now, PeeCee's bestie Natasha Poonawalla has sent her best wishes as well. She shared a picture with Nick, Priyanka and their friend and another picture with Priyanka and congratulated the couple. Also Read - Priyanka Chopra to Shilpa Shetty Kundra: 7 actresses who got criticized for their 'wrong' attitude

"Congratulations PC and Nick!! Thrilled for you guys… brace yourself for life’s greatest joyride! Wish you all the love and strength for this new chapter. From sleepless party nights to sleepless parenting nights! — with you all the way!" Natasha also shared a cosy picture of Nick and Priyanka in her Instagram stories wishing them. Check out the post and Instagram story below: Also Read - Madhuri Dixit helping Sanjay Dutt through drug addiction, Harman Baweja cheating on Priyanka Chopra and hush-hush Bollywood secrets 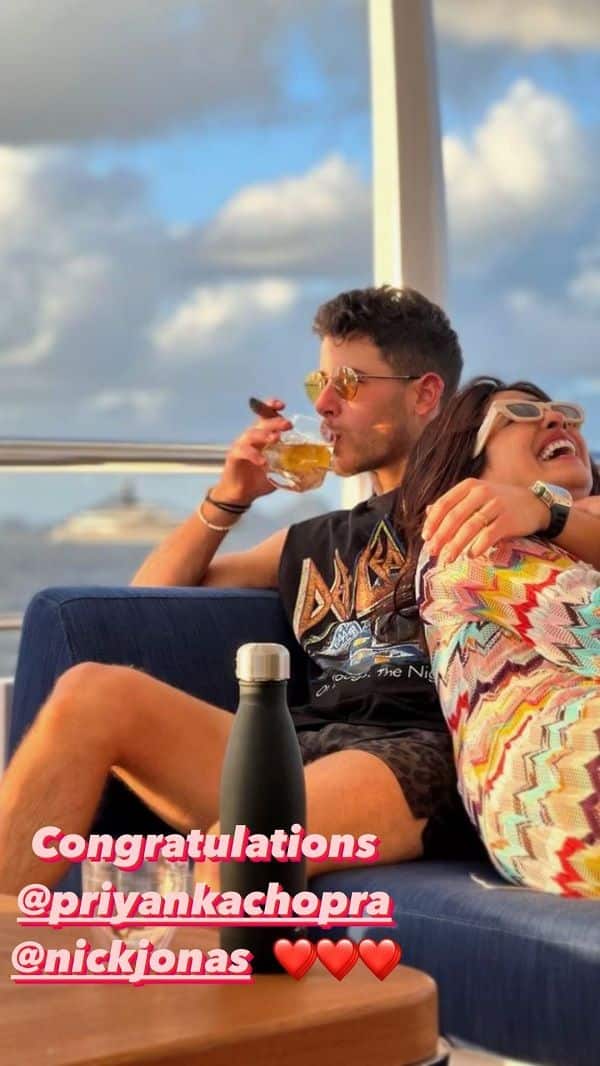 Talking about their announcement statement, Priyanka and Nick both wrote, "We are overjoyed to confirm that we have welcomed a baby via surrogate. We respectfully ask for privacy during this special time as we focus on our family. Thank you so much."

Meanwhile, there are speculations over the gender of the baby. Priyanka's cousin Meera Chopra confirmed that the couple has welcomed a baby girl. She revealed the same in her interview with India Today. Elsewhere, in the news had earlier opened up on having kids and embracing parenthood in an interview with Vanity Fair. Priyanka had said that she and Nick were definitely looking forward to welcoming kids into their lives and that it would happen when it happens. The actress had also added that she and Nick wouldn't mind going slow in their professional spheres after they welcome a baby into their lives.