Priyanka Chopra recently shared a super-cute picture of her daughter Malti Marie Chopra Jonas with her brother Siddharth Chopra and we are in love with uncle niece jodi. 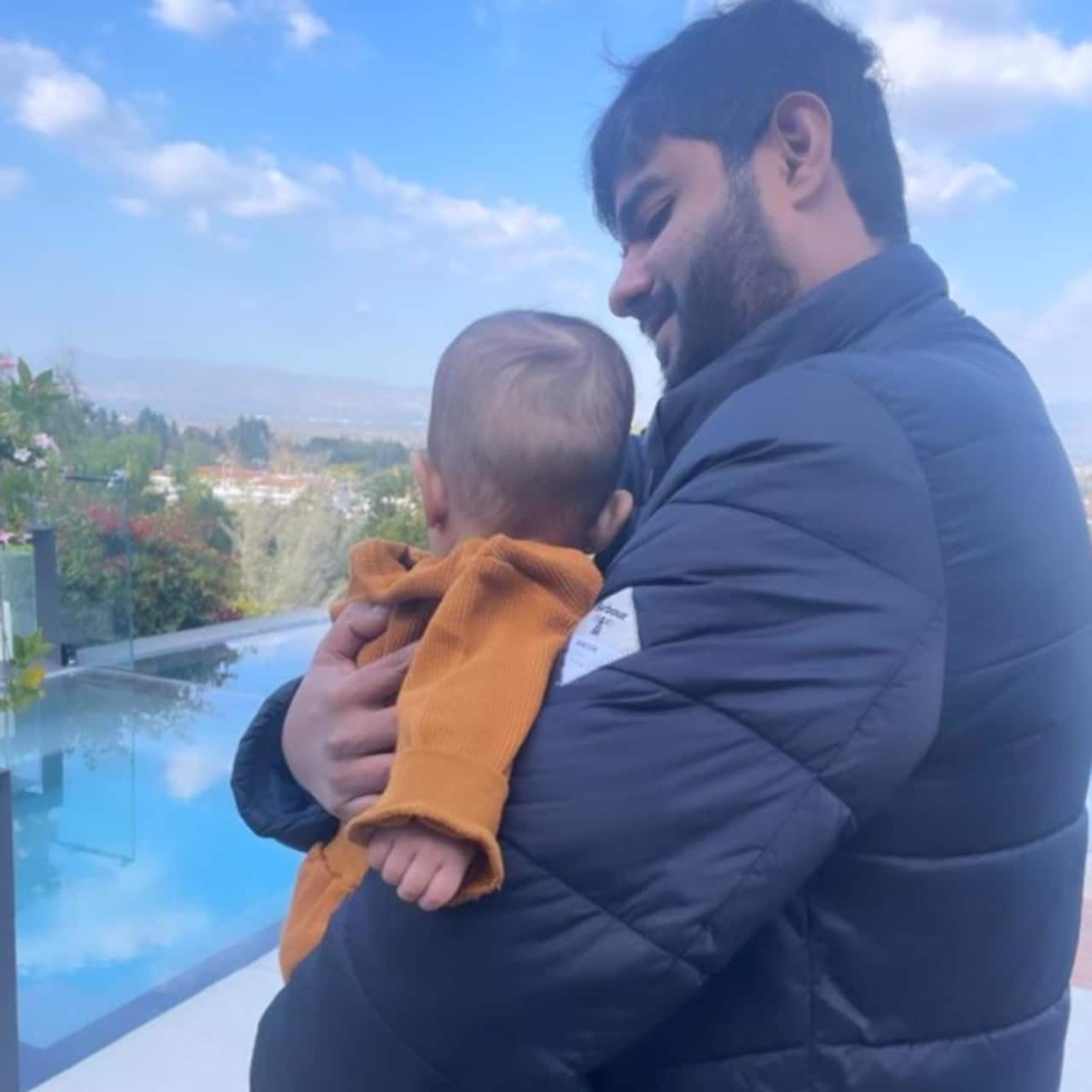 Priyanka Chopra recently revealed her daughter Malti Marie Chopra Jonas's first picture with brother Siddharth Chopra and it is all things cute. Priyanka even shared a sweet note for the duo and we are beaming with joy. Siddharth and Priyanka are quite close to each other and share a deep bond. Also Read - Priyanka Chopra and Nick Jonas reveal daughter Malti Marie’s face to the world for the first time [Watch Video]

Fans of Priyanka were eagerly waiting for Malti's uncle Siddharth to share a picture with his niece. Well, the Chopra's have done the needful and this will make your hearts full. Taking to social media, Priyanka shared a super cute picture of her daughter Malti who was in Siddharth's arms. The uncle was spotted staring at his niece with love and proud mommy who was unable to control her emotions wrote, "Aww...My heart". Also Read - Athiya Shetty to Anushka Sharma; BTown actresses get trolled for bizarre reasons

Priyanka Chopra had earlier shared a selfie wherein she was seen holding her daughter in her arms. Both, mother-daughter duo gave major goals. Her fans could not stop gushing over the picture and filled the comments section with lots of love. Priyanka and her husband Nick Jonas welcomed their baby daughter earlier this year. The two conceived through surrogacy and since then they have been enjoying parenthood to the fullest. Also Read - Malti Marie Jonas to Vamika Kohli: Bollywood star kids who took the internet by storm with their cuteness [VIEW PICS]

On the work front, Priyanka seems to be super busy with her work commitments and had recently travelled to India for some work assignments. Priyanka has several projects in her kitty including It's All Coming Back To Me, Citadel, Jee Le Zaraa and more.