Priyanka Chopra, Rihanna, Nicki Minaj - 9 longest trains at Met Gala that have gone down the history of the event

Beyonce, Nicki Minaj, Nina Dobrev, Emma Watson have all flaunted dresses with long trains at the Met Gala in the past.

Priyanka Chopra has done it again. She has made fashion experts around the world gush about her style statement. She wore a beige trench coat inspired gown with a long train at her recent outing at the Met Gala 2017. Western media is loving the long train that the actress flaunted. In one of the pictures that is going viral, we can see Nick Jonas admiring the Baywatch star's dress. And why won't he. PeeCee looked absolutely gorgeous! Speaking of long trains, this was not the first time when a diva's long train dress became the center of attraction at the Met Gala. Beyonce, Nicki Minaj, Nina Dobrev, Emma Watson have all flaunted dresses with long trains at the Met Gala in the past. Take a look: Also Read - Trending Hollywood news today: BTS' Jungkook finds a place in Beyonce's Virgo Yearbook; Kim Kardashian hooked to ex Kanye West's album Donda and more 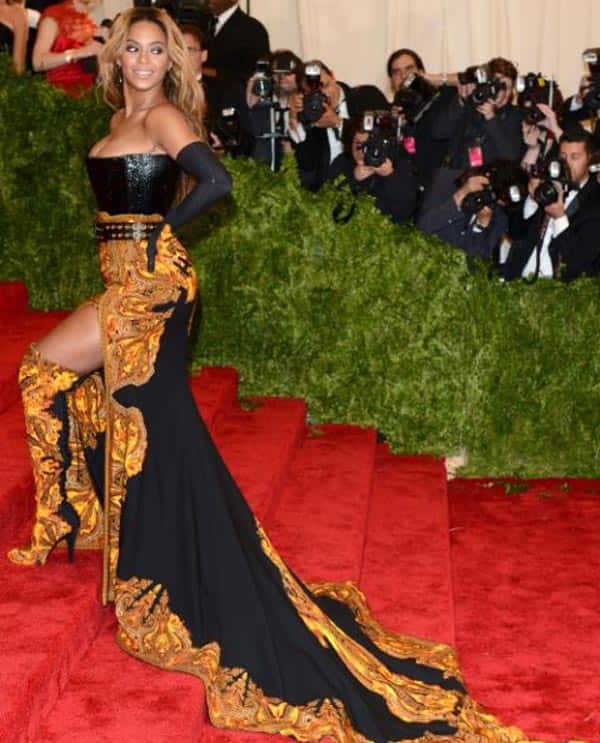 Emma Watson walked the Met Gala 2013 red carpet in a black cutout gown by Prabal Gurung. It goes without saying that the actress rocked the all-black look. 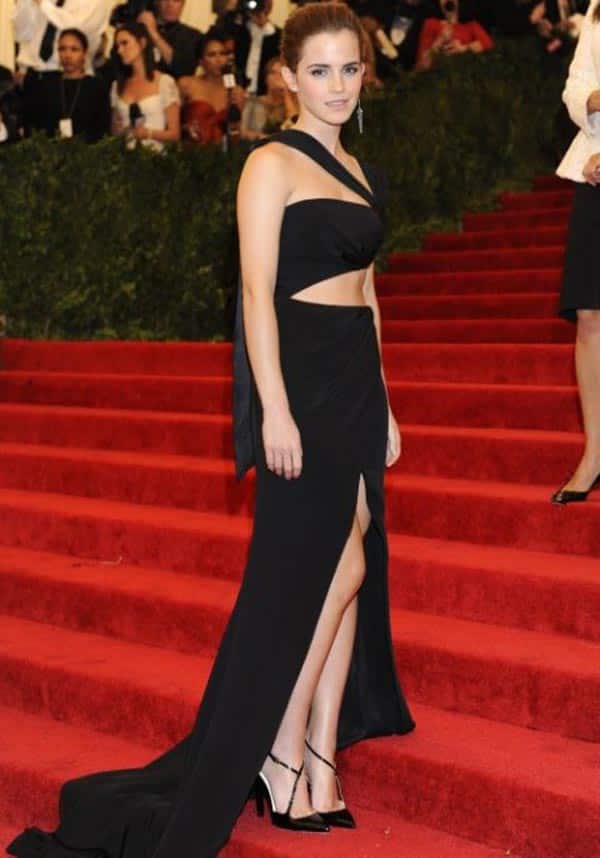 In 2012 Beyonce wore this racy dress to the Met Gala. One crazy story doing the rounds was that this ensemble was put together by her team in less than 24 hours. Her stylist Ty Hunter said that she was not very adamant on making the dress happen within a day. It was more of a "'If we can, we go. If we can't, we won't" attitude, as per the stylist. 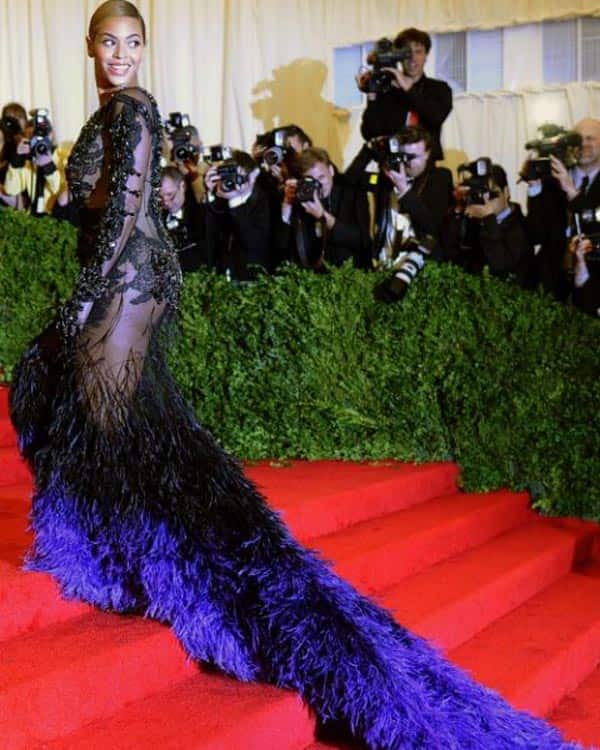 At the recent Met Gala, Nicki Minaj wore, according to the release by her stylist, a dress that was “extravagant raw-edged silk taffeta and black vinyl roses trapped at the hem and beneath the train,” Well, okay then! 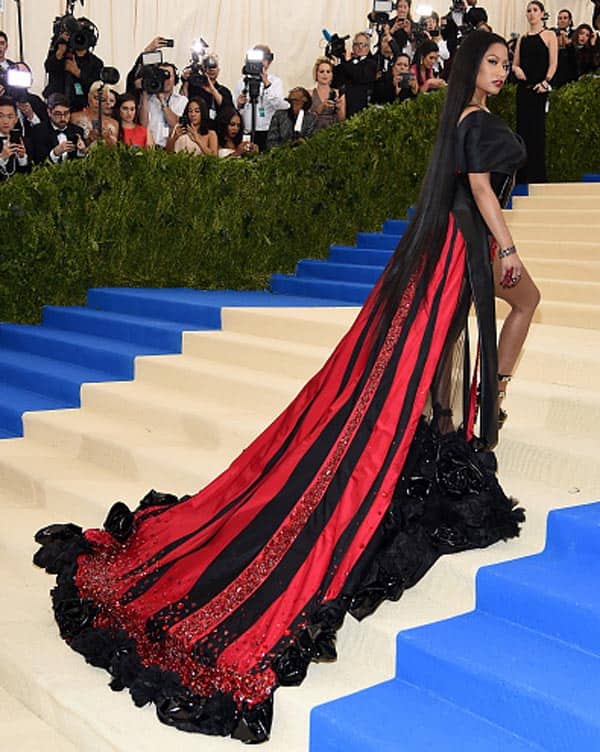 Nina Dobrev, at the Met Gala 2012, looked heavenly on the red carpet in a black-and-gold backless Donna Karan Atelier gown with a pretty incredible train. 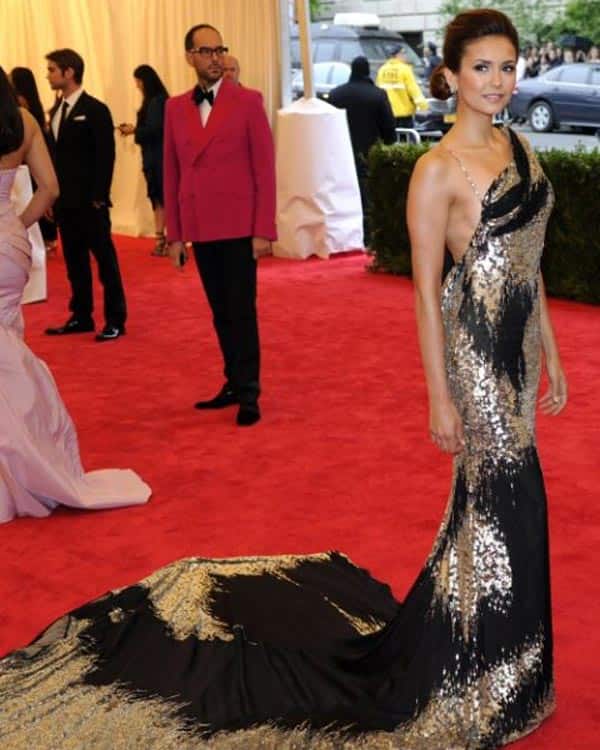 Priyanka wore a fawn Ralph Lauren trench coat with a long train! Also Read: Not just us but even Western media is CRUSHING hard over Priyanka Chopra's long trenchcoat at Met Gala 2017 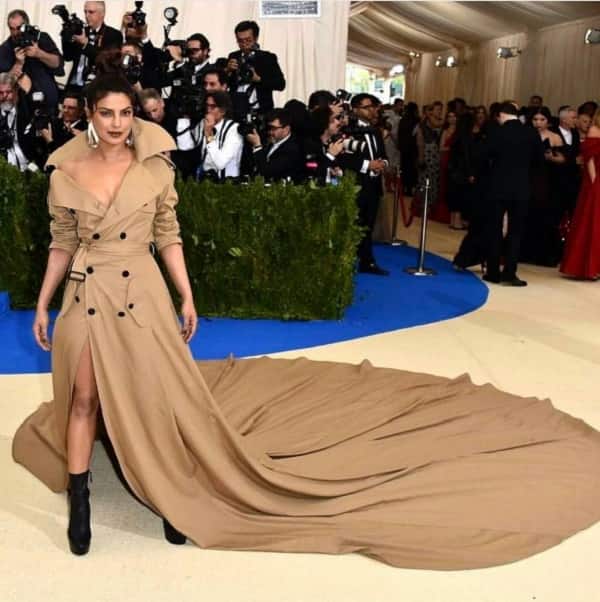 Beyonce is known for flaunting gowns with long trains. At the Met Gala 2015, she dressed like the queen she is. She stuck to the theme that year which was “China: Through the Looking Glass” and looked fabulous. 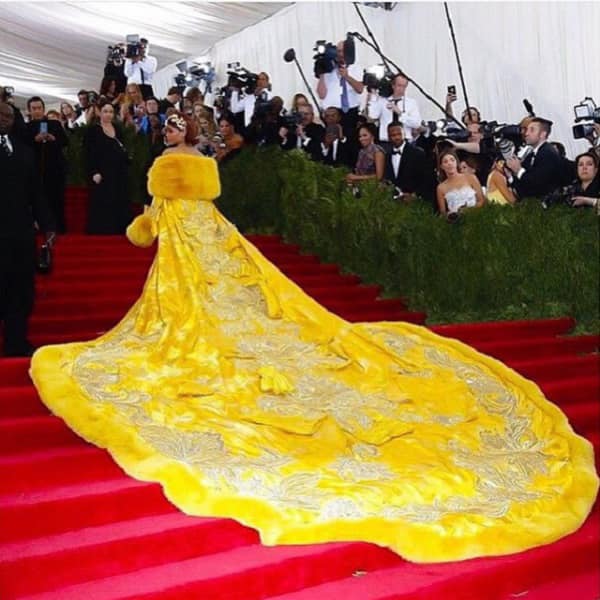 At the Met Gala 2014, Sarah Jessica Parker’s black-and-white Oscar de la Renta was a hit. The designer's name was inscribed on the dress, and SJP was more than happy to flaunt it. "I said to Mr. de la Renta, please let me use scarlet embroidery thread, and splash your name across the back. It was my idea. He would never in a million years have done it, he’s far too modest.” she told Vanity Fair. 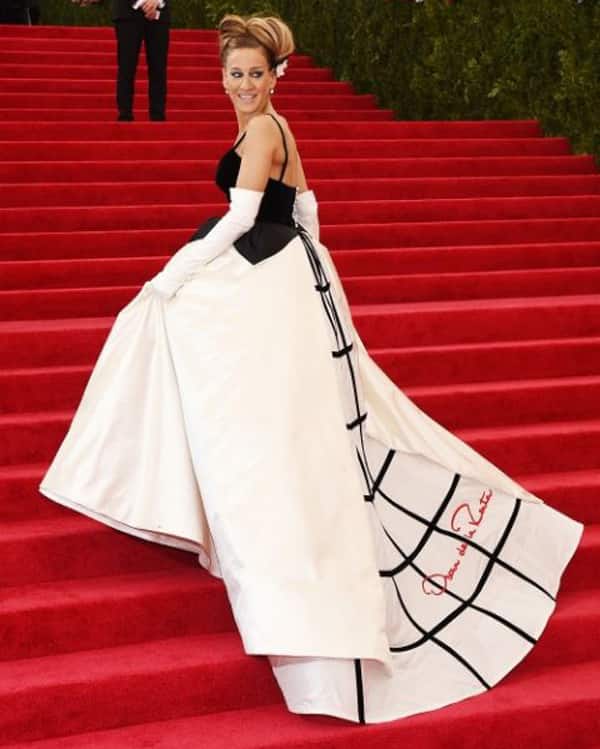 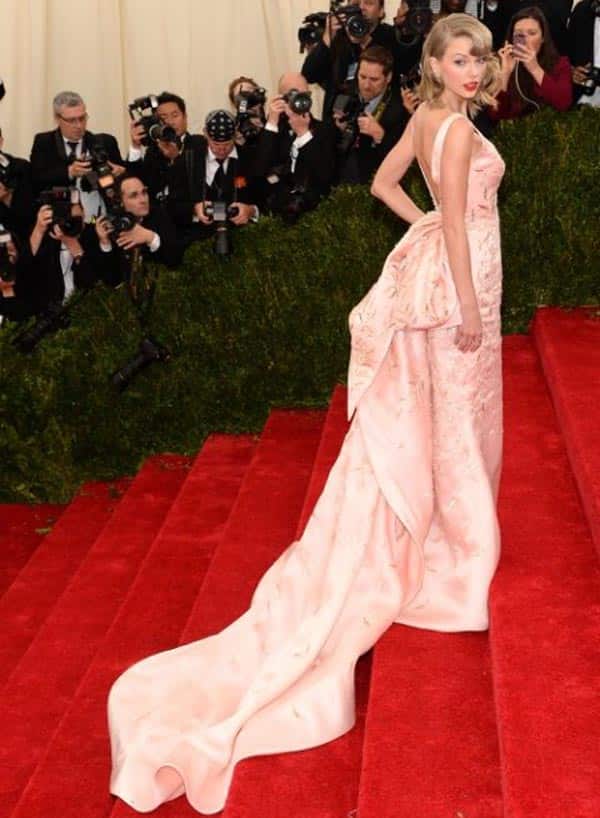 Which one was your favourite? Tell us in comments below!