Priyanka Chopra & Shahid Kapoor not together! 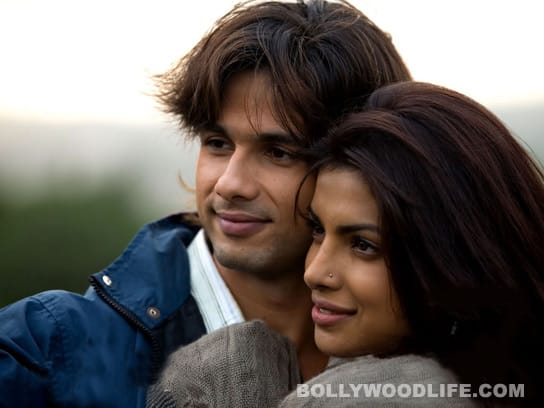 Rumour was that ex-lovers Priyanka Chopra and Shahid Kapoor will do Siddharth Anand’s official remake of Tom Cruise’s Knight and Day. This would be their third film together as co-stars, after Vishal Bhardwaj’s Kaminey and Kunal Kohli’s Teri Meri Kahani. But according to trade reports, Piggy Chops isn’t doing the film. In fact, the Agneepath actor was never even considered for the role. Instead, we think it was Bipasha Basu who was probably considered to play Cameron Diaz’s role in the Hindi remake. Soon after the announcement of the film, the director was spotted having dinner with the bootylicious babe at various occasions. One evening even the Mausam actor joined them. And it was this instance that set off rumours of a possible romance between the two single actors Sasha and Bips. Also Read - Tanhaji, Golmaal Again and more: 5 times Ajay Devgn proved he is the ultimate box office 'Clash King'

Meanwhile, we hear Shahid and PC have moved on in life and don’t wish to do too many films together as it rekindles rumours of patch-up and invites unwanted attention to their personal lives. Guess we’ll only see the couple in Kunal Kohli’s unconventional love story and TV commercials of the coffee brand they endorse now. Also Read - From Nia Sharma to Bipasha Basu: Meet the hottest lasses with the sexiest legs