Priyanka Chopra took to her Instagram account to document how she is spending a 'Happy Sunday' with her daughter Malti Marie Chopra Jonas. The cute pictures will make your hearts fill with love. 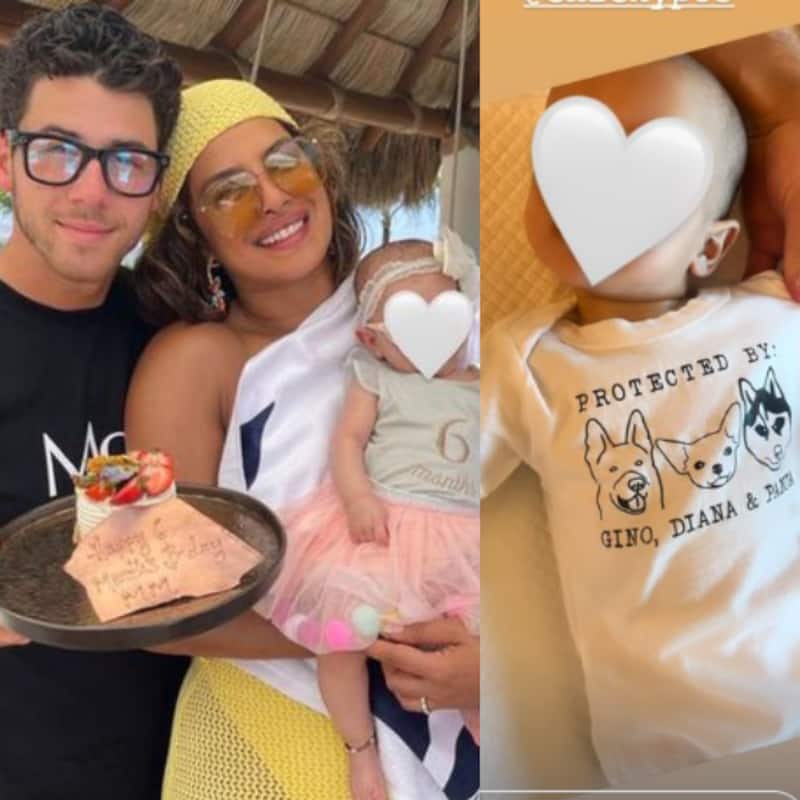 Priyanka Chopra and Nick Jonas became parents to a baby girl through surrogacy. As per reports, their daughter was born in January 2022 but it was only after a few months that the couple made the announcement. They have named their little one Malti Marie Chopra Jonas. Ever since her birth, she has become the centre of attention for Priyanka and Nick. The couple, however, has decided to not reveal the face of their little one as yet. However, Priyanka Chopra keeps entertaining her fans by sharing glimpses of Malti without showing her face. Also Read - Trending Entertainment News Today: Hrithik Roshan drops major hint at Brahmastra 2, Ramayan; Jacqueline Fernandez granted interim bail and more

Priyanka Chopra shares a glimpse of a Happy Sunday

In the recent pictures shared by Priyanka, one can get a glimpse of how mother and daughter are spending their Sunday. Malti can be seen looking at a book as if trying to read. In another picture, one can see Malti surrounded by the couple's three pet dogs - Diana, Gio and Panda. The third picture is the cutest though. It has baby Malti dressed in a onesie. Her outfit is dedicated to her pet dogs. The caption on it reads, "Protected By Diana, Gio and Panda." Faces of three dogs are also printed on it. Check out all the pictures below: 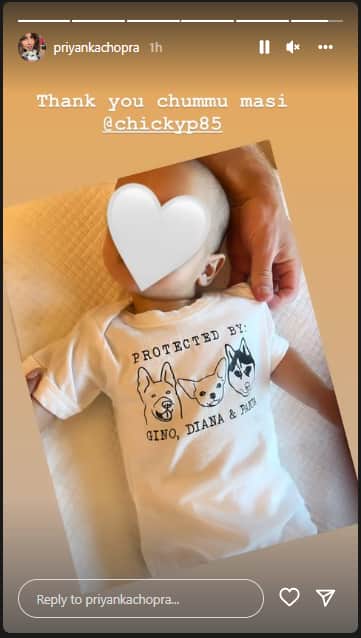 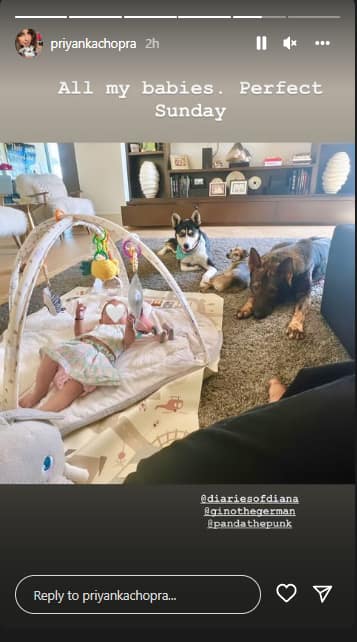 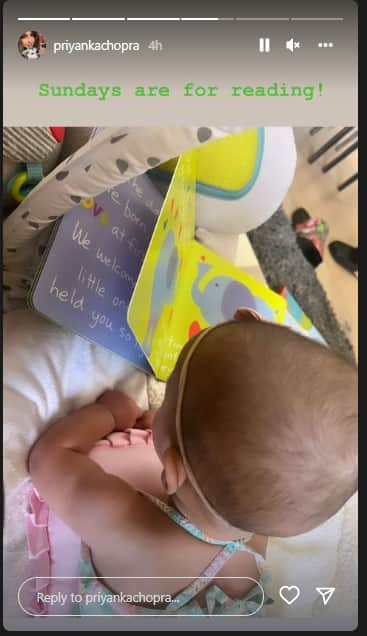 Earlier, Priyanka Chopra had shared a picture that revealed that Malti's onesie had Desi Girl written on it. Well, the little one surely has the best curated wardrobe, even though she is just a few months old.

It was on Mother's Day that Priyanka and Nick had shared the first glimpse of their daughter and revealed that she had to spend almost 100 days in NICU before they could bring her home. Their note read, "On this Mother’s Day we can’t help but reflect on these last few months and the rollercoaster we’ve been on, which we now know, so many people have also experienced. After 100 plus days in the NICU, our little girl is finally home. Every family’s journey is unique and requires a certain level of faith, and while ours was a challenging few months, what becomes abundantly clear, in retrospect, is how precious and perfect every moment is. We are overjoyed that our little girl is finally home, and just want to thank every Doctor, nurse and specialist at Rady Children’s La Jolla and Cedar Sinai, Los Angeles, who were there selflessly every step of the way. Our next chapter begins now, and our baby is truly a badass. Let’s get it MM! Mommy and Daddy love you."