Priyanka Chopra shuts down trolls with BTS of photoshoot with Malti Marie; shows how the little one stayed engaged and entertained

Priyanka Chopra recently shot for a magazine cover and also sat down for an interview. This time, her daughter Malti Marie Chopra Jonas is also featured albeit her face is still hidden. She was trolled for the same. 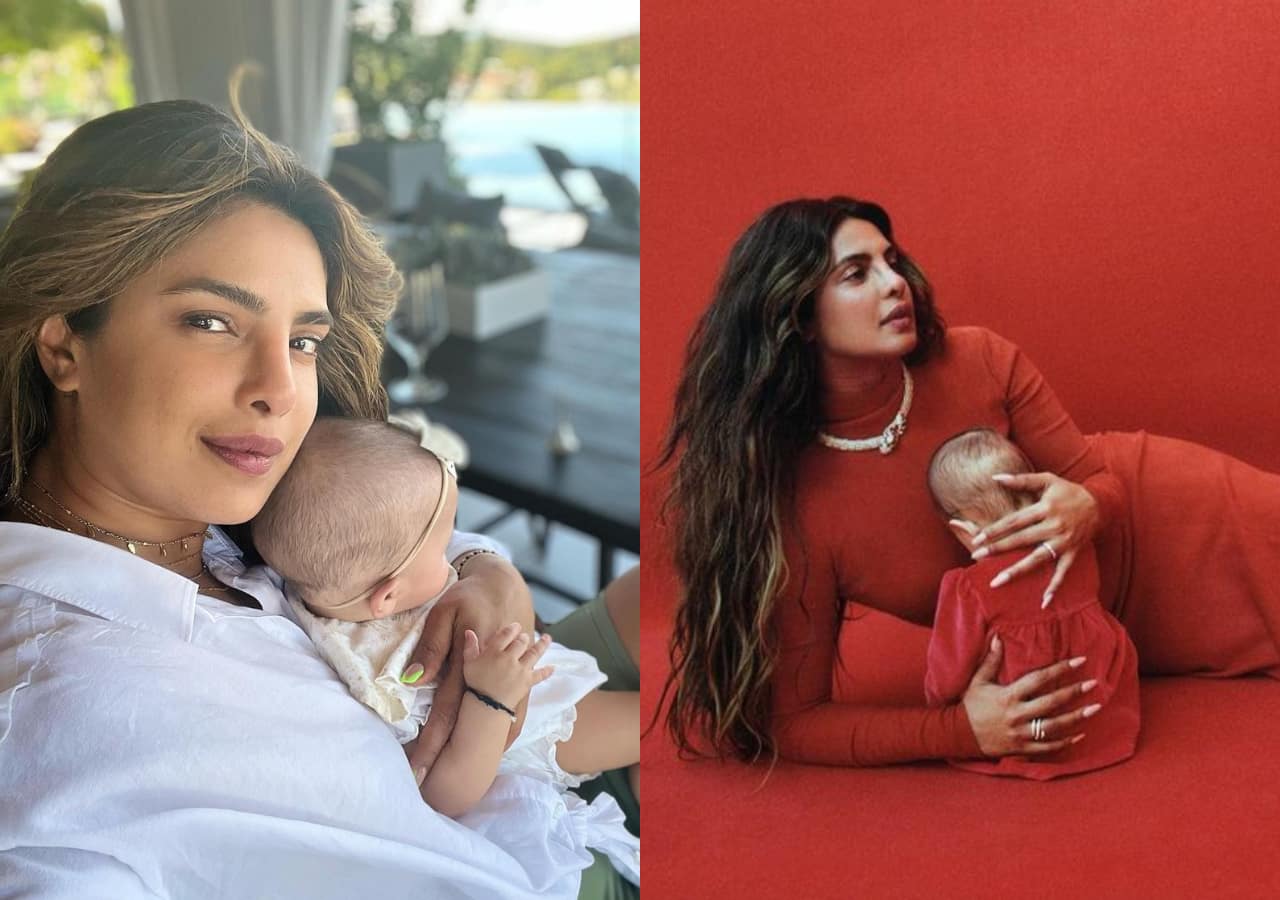 Priyanka Chopra is all over the news for her recent interview with British Vogue UK. Well, there's nothing new for Priyanka Chopra to be featured on a magazine cover but it's special because this feature also includes her daughter Malti Marie Chopra Jonas. About a year ago, Priyanka Chopra and Nick Jonas welcomed a daughter via surrogacy. Priyanka is yet to reveal Malti Marie's face. She was called out for the same. PC seems to have given it back with a BTS of the same. Also Read - Priyanka Chopra gets massively trolled for hiding Maltie's face in photoshoot, netizens call it ridiculous

Priyanka Chopra was trolled for not revealing Malti Marie's face

In the latest Magazine cover of British Vogue UK, Priyanka Chopra Jonas is seen posing in a red bodycon outfit against a red background and alongside Malti Marie. The little one is also wearing red, twinning with her mother in the picture. While Priyanka is lying down and facing the camera at a different angle, Maltie Marie is seen looking in the opposite direction rather than facing the camera. Well, Priyanka has not yet introduced her daughter to the world. The photoshoot got flak online wherein netizens assumed and accused the Citadel actress of smothering MM, asking her to proudly show her daughter's face instead of hiding it or even suggesting to not post anything about Malti Marie if she doesn't even want to reveal her face. Yeah, there's a barrage of comments on her pick. Also Read - Priyanka Chopra gets fiercely protective about Malti being topic for gossip, reveals why she opted for surrogacy amidst brutal trolling

Entertainment News is full of articles from Priyanka's interview. And while she has savagely clapped back at trolls in the same, she also shut down the trolls for commenting on her photoshoot. Well, to answer your query about the Jee Le Zaraa beauty 'smothering' Malti Marie, the little one was playing around with her favourite toy while her momma posed for pics. Priyanka is a hands-on mother to MM and like she says, you don't even know her for real. Also Read - Trending Entertainment News Today: Salman Khan, Shah Rukh Khan at KL Rahul-Athiya Shetty wedding, Priyanka Chopra becomes first Indian star to grace British Vogue cover


Talking about her interview, Priyanka revealed having medical complications because of which it was necessary for her and Nick Jonas to opt for surrogacy. Priyanka feels fortunate to be in the position to do so. Stay tuned to BollywoodLife for the latest scoops and updates from Bollywood, Hollywood, South, TV and Web-Series.
Click to join us on Facebook, Twitter, Youtube and Instagram.
Also follow us on Facebook Messenger for latest updates.
Advertisement