Priyanka Chopra, Sonam Kapoor, Sonakshi Sinha dote on their brothers to give us serious sibling goals!

B town ladies like Priyanka Chopra, Sonam Kapoor and Sonakshi Sinha are dotting sisters who are ever willing to support their brothers under any circumstances.

On this year’s Raksha Bandhan, we bring to you a list of lesser known celeb brothers who are extremely proud of their sisters.

Our leading B town ladies have a huge fan following behind them but they are not their only admirers. Even before the fan base, they have their followers and supporters in the form of their brothers who are constantly seen cheering and motivating their dotting sisters. These actresses too are seen flaunting their love for the brothers by posting their pictures together and updating adorable messages for them. These brother – sister jodis are giving us some serious siblings goals and seeing such sweet sister out there, our brothers must be definitely wishing for someone like them . Also Read - Kim Sharma-Leander Paes, MS Dhoni-Deepika Padukone and more rumoured Bollywood actress-athlete affairs that SHOCKED everyone

Our B town ladies before becoming successful in the industry were responsible sisters first and pampering one’s too. Often we come across PeeCee sharing her brother’s picture on her Instagarm profile or Parineeti taking her lil brothers out for a meal. Seeing the affection and love for their brother has sometimes made us take inspiration from them and we won’t deny it. Just to introduce you all folks to these lucky brothers, we bring to you a list of these actresses and their siblings. Check them out and let us know, whom did you find the most adorable of them. Also Read - Vanity vans of Kareena Kapoor Khan, Anushka Sharma, Katrina Kaif and more B-town beauties spell luxury and are more spacious than most city homes – view pics 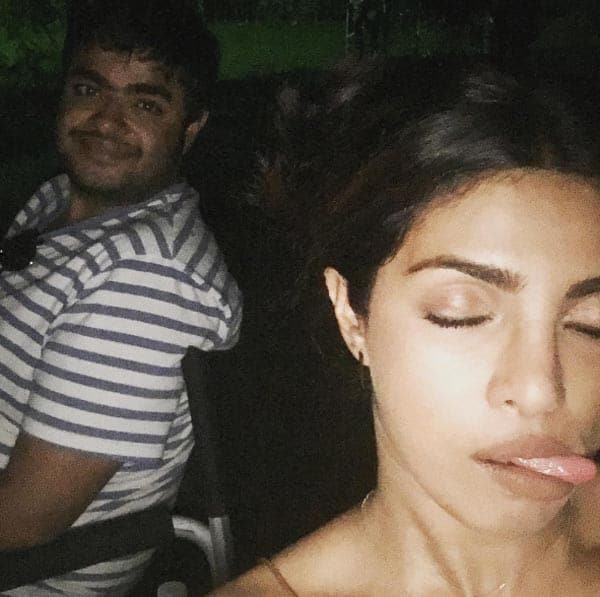 Siddharth Chopra was working as a hospitality industry professional after training as a chef in Switzerland. So when Siddharth was graduating from a University in Geneva, Priyanka made it a point to take some time out from her busy schedule and make it to his ceremony. She has always been extremely supportive about his decisions and has even helped him in setting up his own lounge in Pune which was always his dream. This dotting sister has always implied that she would do anything and everything that makes her family happy and we adore her for this. 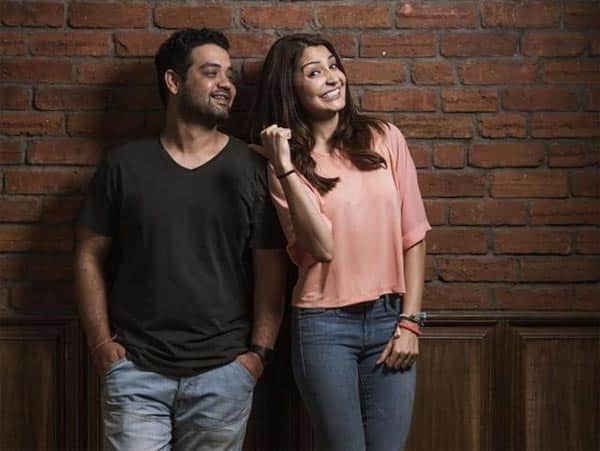 Karnesh is elder brother of Anushka Sharma and he was a state level cricket player and even played Ranji matches. He is currently serving in Merchant Navy and unlike Anushka, he has no ambition in acting. Karnesh is Anushka’s partner in her production company Clean Slate Films. Earlier there were rumours that Anushka is encouraging him to sign a three film deal with Yash Raj but now the rumours have died down. 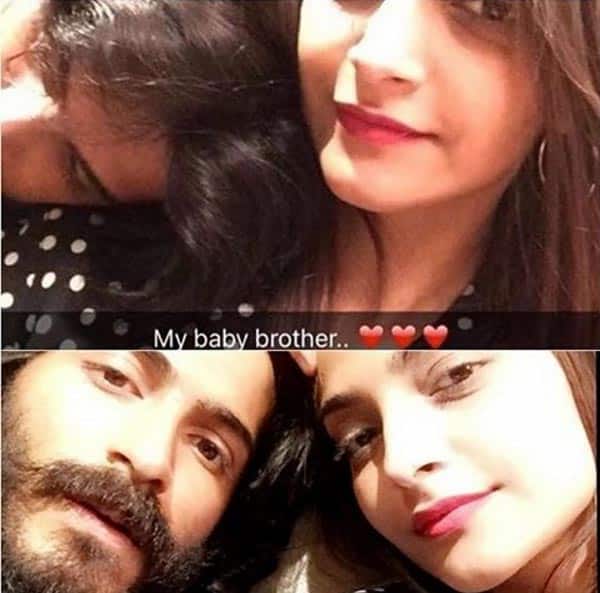 The entire industry knows how much Sonam is fond of her lil brother and how much she pampers him. Reports also suggest that Sonam put a word for Hrashwardhan to Rakeysh Om Prakash Mehra, after which the actor was roped in for Mirzya. Soon when the makers announced the movie’s release, Sonam went on to the extent of introducing Harsh on Twitter. Not just that, the actress leaves no chance to promote her brother’s movie and she has already proclaimed him as the next big star. Wish we had a dotting sister like her. 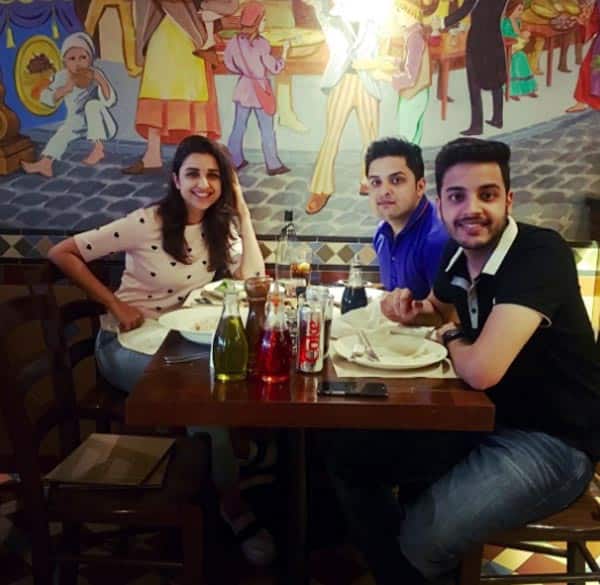 Parineeti Chopra, first introduced her younger brothers to the world when she bought a plush 3500 sq ft apartment in Mumbai after consulting them. Since then the actress is seen tweeting about how her baby brothers are in town and what gala time she is having with them. The actress is also known to pamper them like crazy. She keeps gifting them everytime she returns from her outdoor schedule and one such gift was a hot Armani bag which actually made us envy them. Saraj and Shivang are one lucky brothers currently to have someone like Parineeti beside them. 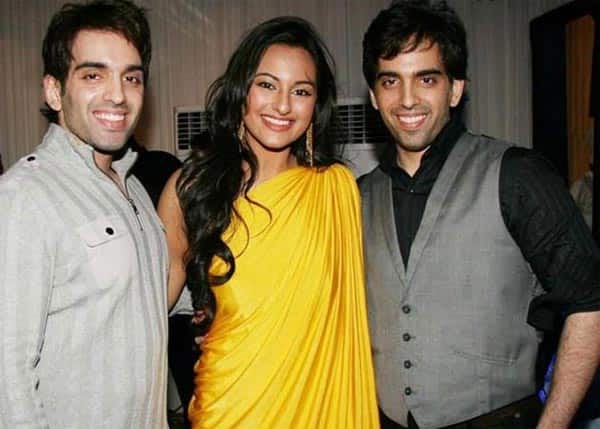 Sonakshi Sinha has twin brothers in the form of Luv and Kush. Kush Sinha had even assisted Abhinav Kashyap in Sonakshi’s debut movie Dabangg. Was this a way to keep an eye on his lil sister to check if nothing goes wrong with her ? If yes, then it is definitely adorable. Though Kush aims to be a director, Luv aspires to be an actor like his sister Sonakshi. Considering this, we definitely believe that, Sonakshi will ensure that Luv gets a good comeback movie post the debacle of Sadiyaan and if all goes well, they might be one of hit brother – sister jodi in the industry after Kareena and Ranbir Kapoor.