Priyanka Chopra is very busy these days. If she is not conquering the West with her amazing style and grace, she is busy prepping up her home production here, her many regional films. You would think it might get a bit exhausting for her to juggle so many things and still have time to talk about important stuff. Well, that's where you are wrong. PC has turned into this superwoman who can do just about anything. Recently she was on The View co-hosting where she supported Beyonce for getting pregnant with twins at 35. The way she explained her point will make you cheer for her.

The whole conversation basically was about the ticking biological clock of women. The women present on the dais including Priyanka Chopra were discussing the right time to get pregnant and also the fact that in today's time, one can decide when they want to get pregnant. Basically, the topic of discussion was whether Beyonce's pregnancy at 35 which was revealed with a picture recently, gives false hopes to older women to have a kid at that age. While other women in the discussion were busy weighing in on Beyonce's decision, PC decided to go all she is just a girl who wants to live her life on her own terms. Check out the video right here. Also Read - Grammy Awards 2021: Here's when and where you can watch music's biggest event of the year in India

Priyanka went for the event with Manish Malhotra and even clicked a picture together. Also Read - Prithviraj debutante Manushi Chhillar does a Beyonce, and we can't keep calm 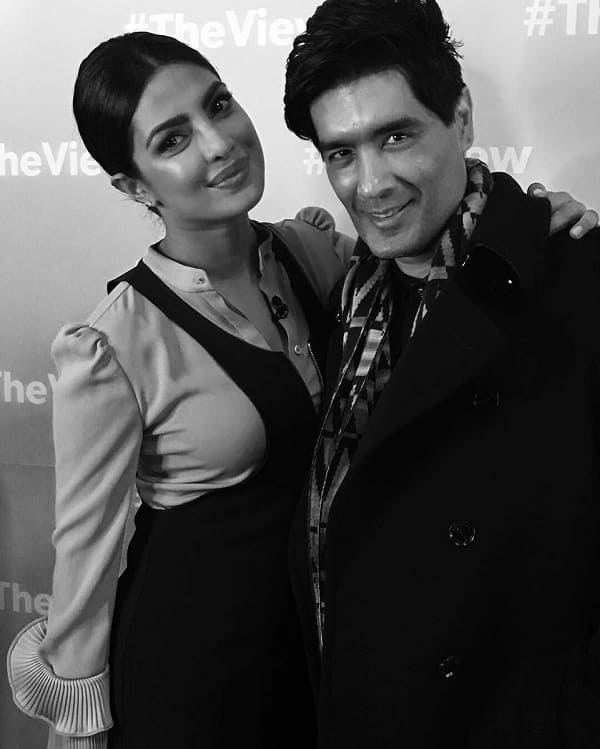 Manish had met met her PC in NY and tweeted about it. He wrote, "“#NewYork #Dinner with The OneAndOnly @priyankachopra always #warm #energetic #spirited and #fun”. The fashion designer was in Priyanka’s city and decided to drop by her place. They went on a dinner date as well. He left for the fashion capital right after celebrating Sophie Choudhary’s birthday.

There are more videos from the event. Check them out right here.

Priyanka you just can't stop making us proud. Can you?