Priyanka Chopra vs Parineeti Chopra: Who has a brighter future in Bollywood? 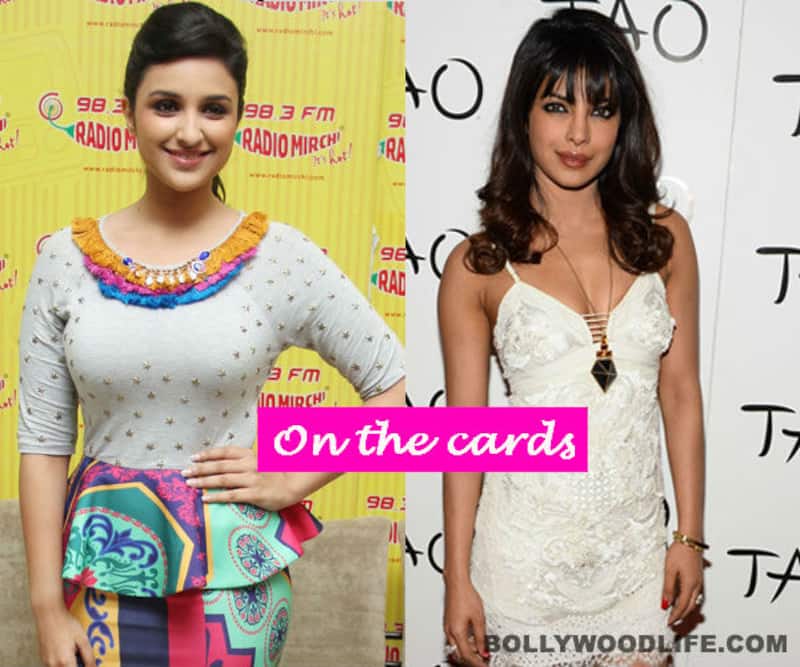 Cousins Priyanka and Parineeti are both talented and smart. With Priyanka being the senior one, her larger body of work speaks volumes of her achievement whereas Parineeti's relatively young career has certainly seen her to be no less

Who has a brighter future? Who's growth will blossom to unimaginable realms? How do they both see each other? Will they collaborate together? And just for fun – who will marry first?! Tarot tells us.. Also Read - Trending Entertainment News Today: Priyanka Chopra exposes pay disparity of Bollywood, Prithviraj Sukumaran comes on board Bade Miyan Chote Miyan and more

Priyanka Chopra Also Read - Priyanka Chopra bares her heart as she opens up about pay disparity, body-shaming in Bollywood, says, 'I thought that was right'

Now here's a surprise, Priyanka is in a great mental space as an actor, but her films are not doing her any justice. The Ten of Swords reflects a painful journey of hard work and re-strategising her acting career. Although 2014 will balance her somewhat, but her career will not propel to soaring heights; there is still time for this. 2015 will be her year of revival with not just box office success but critical acclaim too. Also Read - Priyanka Chopra oozes oomph in pink gown with a matching shrug at a Dubai event; gets the best reaction from husband Nick Jonas

What works for Priyanka is her versatility – she's not limited to just being an actor, her singing and writing give her much needed satisfaction. The World, Wheel of Fortune and the Sun card are powerful depictions of creativity, international success and a passionate command over all her endeavours. So, come to think of it, although acting will not shape up so well just yet, her hands are just too full for her to feel so bothered by it. She respects lean phases just the way she is respecting her intentional exposure by giving it more space in her life.

Parineeti is selective but confused – the Seven of Cups shows her to be indecisive and impractical, whereas the Seven of Wands represents immense family support that keeps her alert and sharp. If she is left on her own, she would make some immature decisions, resulting in her career taking a nose dive, but this will not happen. Her acting career has not really taken off yet, but with 2014 just round the corner the Sun card certainly sees her shine brightly and very successfully too.

There is eagerness in Parineeti to branch out like Priyanka, but it is very important that she stays focussed on her current profession. Such ambition is great, but it's not so sensible right now.

There will be a time when Priyanka and Parineeti will collaborate, but this will be a bit of a hit and miss. They have the Star and World card for the hit part, but then there is the Two of Swords which also shows mis-communication and just overall inconsistencies. It might be worth planning it all more sensibly before the excitement takes over.

What do they think of each other?