Priyanka Chopra has turned Hollywood fashion critics into fans with her debut at the Oscars 2016 red carpet. Looks like the Baywatch babe is making heads turn and is ready to take the international shores by storm... 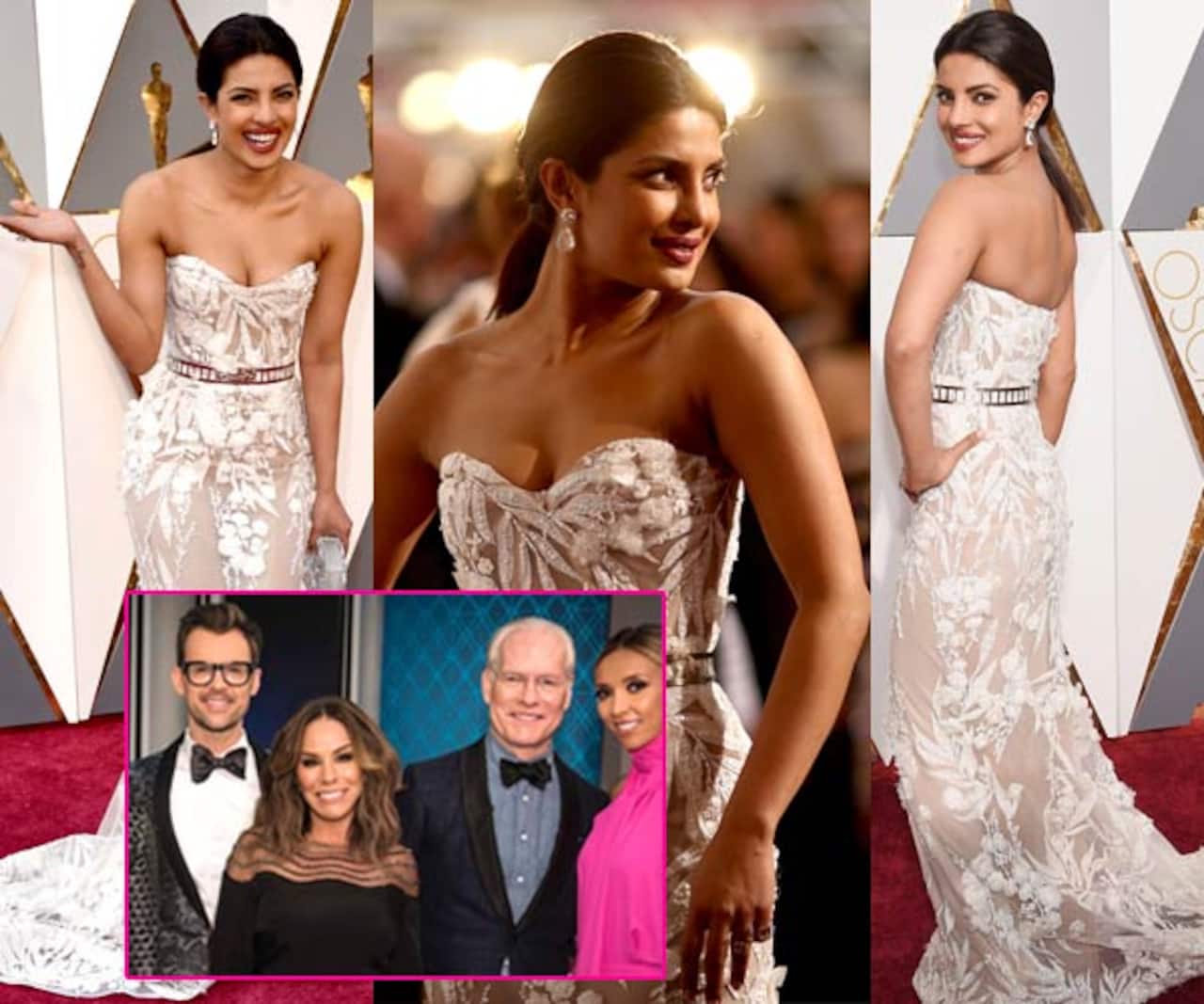 The desi gal impressed everybody with her sexy avatar at the Oscars red carpet...

Priyanka Chopra looked like a million bucks when she stepped out on Oscar 2016 red carpet in a white Zuhair Murad white gown. And it's not just us even the Hollywood fashion police cannot stop raving about this EXOTIC beauty. Yes, we heard some very beautiful comments by the tough fashion cops Tim Gunn, Melissa Rivers, Giuliana Rancic, Brad Goreski and Margaret Cho who reviewed the Oscars red carpet looks. While Hollywood biggies like Jennifer Lawrence, Heidi Klum, Cate Blanchett and even the best actress winner Brie Larson got flak for their gowns, all these five renowned style judges had only nicest things to say about Priyanka Chopra. Now we're sure that the Quantico babe's fans like us must be thrilled to find this out. Also Read - Nick Jonas opens up about Priyanka Chopra and his daughter Maltie Marie's first birthday celebrations; confuses netizens on her DOB [Watch]

Priyanka who picked white had several others who chose the same colour for the big night. We thought the ladies decided to play on the #OscarsSoWhite trend, not just PC we also had Lady Gaga, Olivia Wilde and many other beauties opt for white at the red carpet. However looks like only Priyanka managed to get all positive review from these five hard fashion critics. While Giuliana gushed about how Priyanka pulled off a gown that was not particularly awesome in her opinion. Tim agreed and added that "She really ruled that red carpet". Of course Rivers couldn't hide her envy and admitted, "She looks amazing. Every man in America had to lift their jaw up off the floor." She also compared her to Jennifer Lopez and quipped, "She's beyond gorgeous" and went on add, "I'm gonna own my jealousy and I don't think anyone can blame me." Also Read - RRR star Ram Charan and wife Upasana to Deepika Padukone: Times when Indian celebrities rocked the desi looks at international events

Brad Goreski had a bone to pick with Priyanka and he revealed, "So I tried to call this gown for a client of my own and they kept saying that it's with a presenter and they won't know until Saturday. And I was like you gotta be kiddin me. And then I saw her show up in this. The right dress on the right woman. It' perfect on her, she looks incredible. She's such a beautiful woman and I love her." Even Cho who had some not so nice words about the other ladies quipped, "It's so sexy!" Also Read - Golden Globes 2023: From Priyanka Chopra to Halle Berry, Angelina Jolie, Jennifer Aniston and other divas whose outfits left us stunned

Well, looks like Priyanka Chopra is making ripples in Hollywood. With the actress all set for her big Bollywood debut with Baywatch, we're sure this little fashion win at the Oscars red carpet too deserves to be celebrated.