Recently, when Priyanka Chopra Jonas landed in Mumbai on April 24, everyone assumed that the actress was in the city to attend her brother, Siddharth Chopra's wedding to Ishittaa Kumar.

Recently, when Priyanka Chopra Jonas landed in Mumbai on April 24, everyone assumed that the actress was in the city to attend her brother, Siddharth Chopra's wedding to Ishittaa Kumar. However, that wasn't the case. In fact, Piggy Chops made the most of her trip to Mumbai by chilling with her family. The global icon exercised her right to vote during the Lok Sabha Elections 2019, which took place on April 29. According to a Mumbai Mirror report, her brother's wedding did not take place as his fiance, Ishittaa, needed time to recover from a surgery that she underwent. "There are rumours that the wedding has been called off, but it is not true. Ishittaa needs some time to recuperate from her surgery and the families are looking for another mahurat," a source had informed the leading daily.

Recovering from surgery ?? Very painful but glad it's over ?

However, we are not convinced. Looks like, all is not really well between the two and Ishittaa Kumar's latest social media post suggests so. On Thursday, she posted a beautiful picture of herself that read, "Cheers to new beginnings. With a goodbye kiss to beautiful endings." Say for that matter, even her mother, Nidhi Kumar left a comment saying, "Close the old book and write a new story," whereas her father wrote, "We are with you; Feel the expanse of the universe and be the star you were born to be." 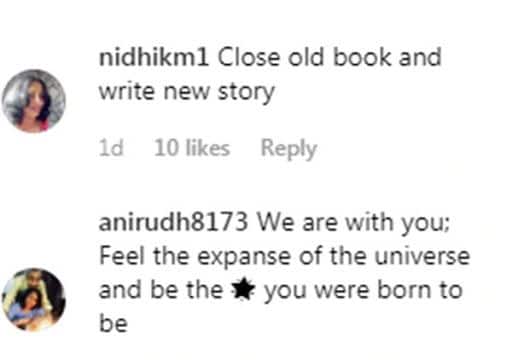 As if these comments were not enough to add fuel to the fire, Ishittaa's friends somewhat made it evident that her wedding to Siddharth had been called off. One of the social media users motivated Ishittaa that she deserved someone better in life. "I think he was shit. You deserve better than him any day. You are strong and you will rise as you know how to live," wrote an Instagram user. Also, Priyanka Chopra Jonas and her brother have unfollowed Ishittaa on social media. And pictures from their Roka ceremony are missing from Kumar's Instagram account.

Cheers to new beginnings? With a goodbye kiss to beautiful endings ?

Nevertheless, since both Chopras and Kumars have not given an official statement, it's better we don't speculate further in this issue. Meanwhile, PeeCee is back to her base. The actress attended her brother-in-law, Joe Jonas' wedding which took place in Las Vegas. On the work front, she will next be seen in Shonali Bose's The Sky Is Pink with Zaira Wasim and Farhan Akhtar.

For more scoops and updates, keep following this space.