Priyanka Chopra's latest pictures with team Quantico will make you RESTLESS for the mid-season premiere!

Priyanka Chopra posted a few pictures with her co-stars from the sets of Quantico and they look smashing together...

The actress is having an entertaining time on the sets of the popular show...

Priyanka Chopra has been working around the clock shooting for the second half of Quantico season one, while also giving interviews over Skype for her Bollywood film, Jai Gangaajal. Though she is feeling exhausted with very little time to rest, the actress is continuing work on her hit show with full enthusiasm. The actress posted a happy selfie of herself and her co-stars attending a class for the show. Also Read - Priyanka Chopra's Quantico ID card gives us an insight about her character Alex Parrish - view pic!

She even captioned the image as, "Friday nights in class! Tired but going going going!! #QuanticoMarch6th @lijun_li @thejohannabraddy @grahambamthankyoumam." But to fuel her excitement, she had a special visitor on the sets of the show, famous Canadian ice hockey player - P K Subban. The star might be a part of one of the episodes on the hit show and PeeCee had a great time with the sportsman too. Also Read - Revealed! The climax of Priyanka Chopra's Quantico!

They posed for an awesome picture, after which the actress promised to also come to watch one of his ice hockey games to, as she tweeted, "Was awesome to have u @subbanator ! Can't wait to c the game! #QuanticoMarch6th with @repostapp. Hanging with the @abcquantico crew #pkapproved."

The actress will next be seen in Prakash Jha's Jai Gangaajal, which release on March 4. She will also be presenting an award at the Oscars this Monday and everyone is very eager to see her walk the red carpet of the prestigious award ceremony. Check out the images that she posted from the sets of Quantico below and tell us if you are excited about the mid-season premiere or not! 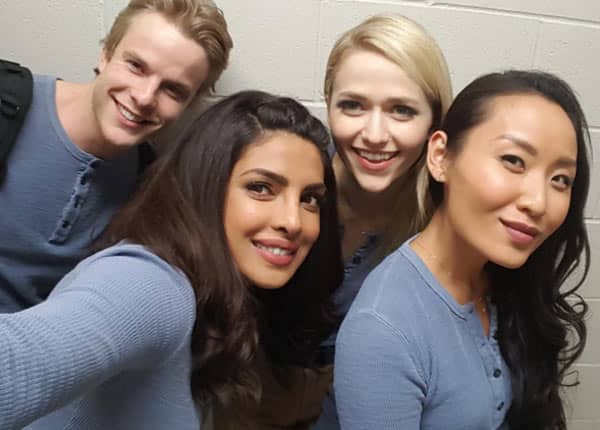 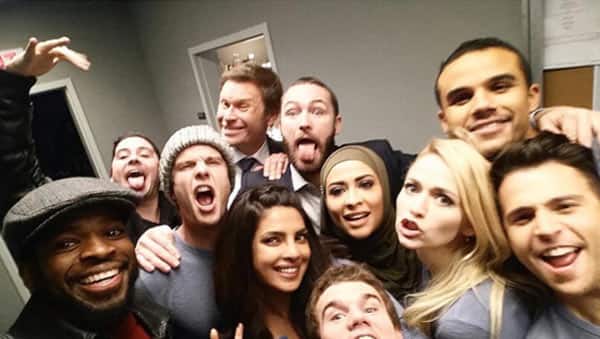 Also check out Quantico's latest promo featuring Priyanka Chopra in the video below: