Priyanka Chopra is busy shooting for the third season of Quantico in New York these days. The 'desi girl' of Bollywood plans to wrap her shooting soon as the season premieres on April 26. While the residents of New York are complaining of the cold, Priyanka and her gang are busy shooting in the cold climate. NYC is currently at a freezing 2 degree and trust us when we say, the climate is too cold. We wouldn't even dare to step out of our homes and PeeCee has no qualms shooting outdoors, not to miss that infectious smile of hers. Just a few days ago she was snapped on the streets of New York, flaunting her winter wardrobe and today she's back to her grind. PeeCee sure works round the clock and knows how to manage her personal and professional life. Also Read: Revealed! Priyanka Chopra’s third season of Quantico will premiere on April 26 Also Read - Trending Hollywood news today: BTS' Jungkook flirts with a fan, Jennifer Lopez showers praises on Ben Affleck's The Last Duel and more

Priyanka Chopra's recent set of pictures are from the sets of Quantico and have her rehearsing for a sequence with her co-stars, indulging in a funny conversation of some sort. Dressed in a black velvet coat with a white shirt, black pants and matching boots, Priyanka seems all ready to embrace the harsh weather and not let it be a hurdle. Only Priyanka can manage to beam from ear to ear in such a cold climate and make a point that work always comes first. Also Read: Priyanka Chopra spotted walking hand in hand with her Quantico co-star Russell Tovey on the streets of New York – view pics Also Read - Before Samantha Ruth Prabhu - Naga Chaitanya divorce rumours, reports of spilt of THESE much loved celeb jodis that rocked the film industry 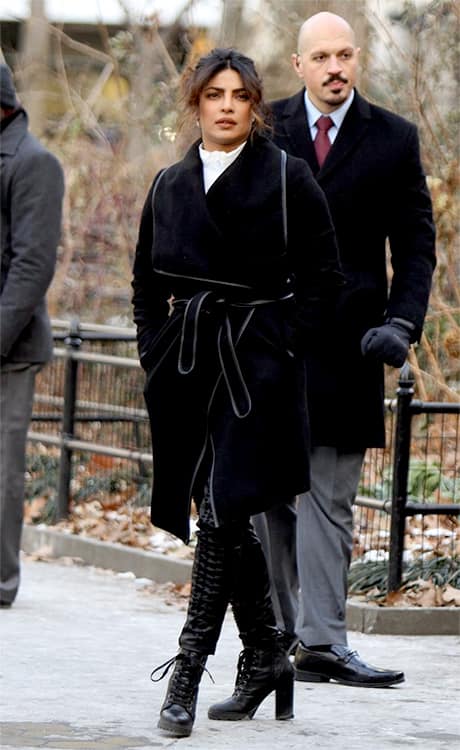 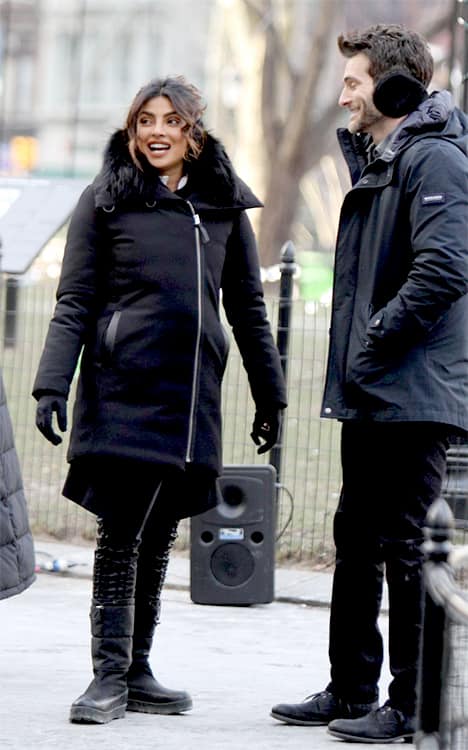 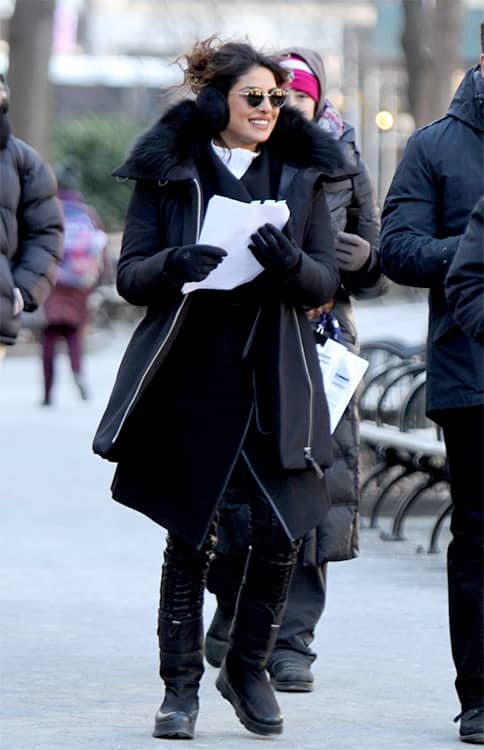 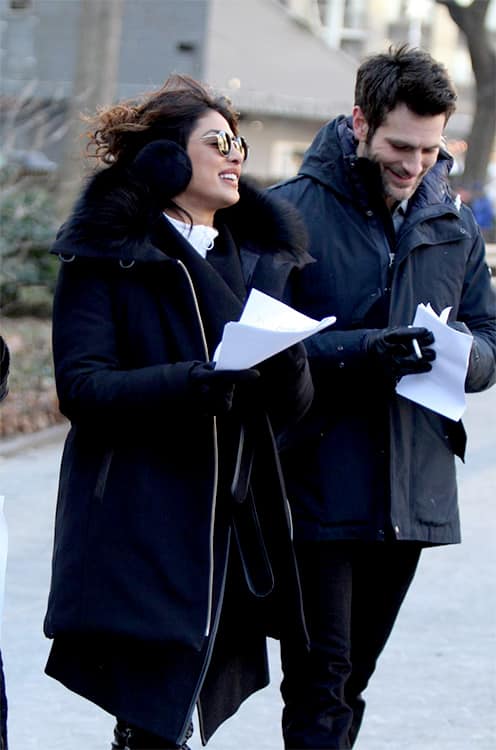 The third season of ABC’s Quantico will start from where the season 2 ended. While ABC had kept the story line of the new season under wrap till date, they recently released a synopsis and the official star cast of the same. And going by what we read, the plot has just intensified than before with the entry of a more ruthless enemy. As per the synopsis revealed, “It’s been three years since American hero Alex Parrish has had to navigate the dangerous waters of the Central Intelligence Agency and put her life on the line for her country. She has been living a peaceful, anonymous life somewhere in Italy. However, Alex is forced to abandon this idyllic existence when Ryan persuades her to help him rescue Shelby from a notorious international arms dealer known only as The Widow, who is holding her hostage – and in exchange for her release she demands something that only Alex can provide. Also Read - Govinda's wife Sunita Ahuja slams Kashmera Shah; says, 'Problems in the house start when we bring a bad daughter-in-law'