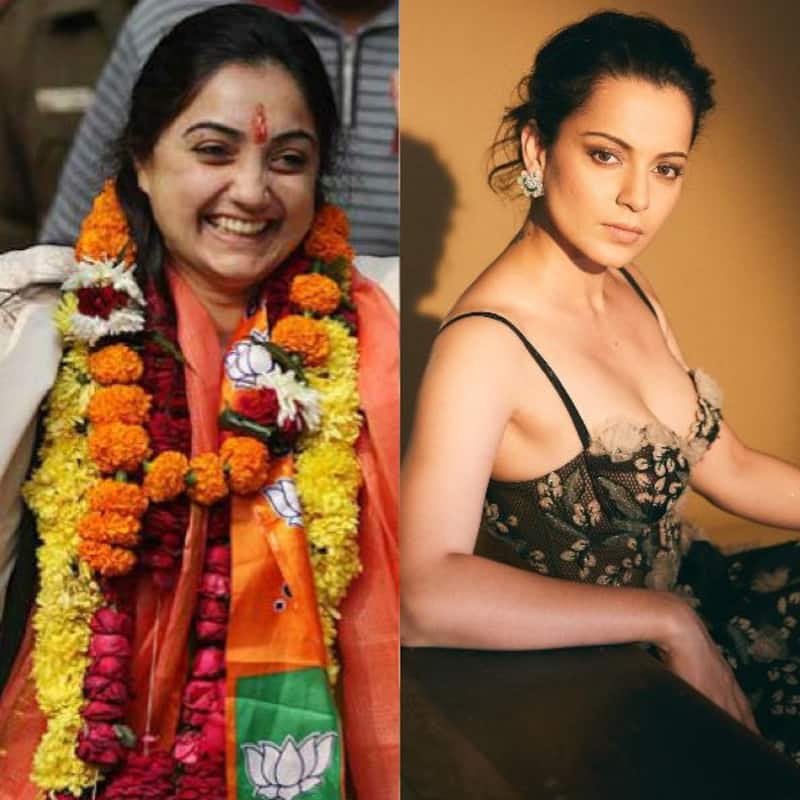 She took to Instagram and wrote, “Many of my Muslim friends drink, smoke, have premarital sex, don't wear burka, use swear words, eat pork and because of work situations at times don't even follow all guidelines… it's fine beauty of India's freedom nahi toh not just Nupur but everyone will become criminals.” Have a look at her post below: Also Read - Salman Rushdie attack: Kangana Ranaut, Javed Akhtar condemn the ghastly incident; former says, 'Appalling act by Jihadis' 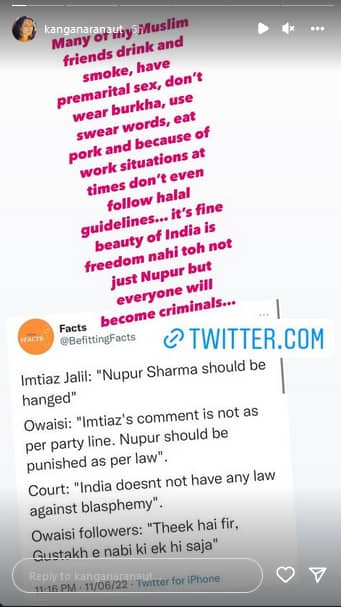 Earlier, defending Nupur Kangana had written on Instahgram, “Nupur is entitled to her opinions, i see all kinds of threats targeted at her, when Hindu gods are insulted which they are almost everyday we go to court, please do that no need to play dons yourself, this is not Afghanistan, we have a proper functioning government which is chosen with a process called democracy… just a reminder for those who keep forgetting.”

Naseeruddin Shah had also recently opened up about why the three Khans of Bollywood – Shah Rukh Khan, Salman Khan and Aamir Khan, have remained silent on the issue. Talking to NDTV, he said, "I cannot speak for them. I am not in the position they are in. I feel they think they would be risking too much. But then, I don’t know how they explain to their own conscience about it. But I think they are in a position where they have too much to lose.”

Giving the example of Aryan Khan's case, he had added, "What happened to Shah Rukh Khan and the dignity with which he faced it was admirable. It was nothing but a witch-hunt. He has kept his mouth shut. All he did was support Trinamool and applaud Mamata Banerjee.”