Pukaar Call For the Hero TV Review: Rannvijay Singh Singha keeps you hooked with his action packed and honest performance 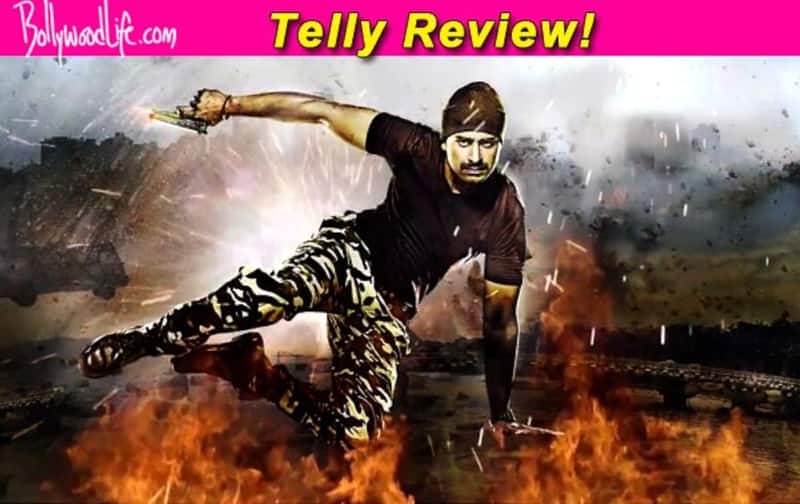 Pukaar – Call for the Hero revolves around Major Rajveer Shergill who always happens to be at the right place on the right time to rid the city of kidnappings, molestations, land mafia and more. However, Mr Shergill - his father played by Raj Babbar- is not impressed with him and has disowned him for breaking his trust. I am yet to discover the back story on that one. Also Read - Raj Babbar sentenced to two-year jail term for physically assaulting a govt officer in a 1996 case

Raj Babbar has three sons – Rajveer (Rannvijay), Yuvi (Dishank Arora) who is dead, and Rahul (Manish Nawani). Both elder sons are in the army, while his third son stayed out of the regime and became a lawyer. His second son passed away and the father blames Rajveer for not taking care of him. He cuts his ties with Rajveer and proclaims that now he has only one son- Rahul. On his father’s 60th birthday Rahul requests his brother to patch up with their father and celebrate with them. Rajveer comes with hope but he is rejected by their father. Rahul goes to Rastogi (Prashant Narayan) for legal work and comes to know the business magnate’s vicious plan to acquire a piece of land. When Rastogi comes to know that Rahul has copied this sensitive information on a pen drive, he kidnaps him and tortures him to know the location of the drive. How Rajveer finds his brother, gets his place back in the family and saves the day forms the rest of the story. Also Read - Raj Babbar's son Arya Babbar gets into a verbal spat with his airplane pilot after cracking a joke – watch video

The Good Also Read - Shatrughan Sinha, Ranbir Kapoor, Kareena Kapoor Khan, Boney Kapoor and other celebs who cheated on their partners but were lucky to find love again

The casting of Pukaar has been fabulous and to the T. I feel like I am watching a short movie in every episode. From the first sequence the show gripped me. The action in the show is exciting and fun; I just hope they don’t go overboard with it. It’s great to see Raj Babbar so in ease with his character – guess that’s the mark of a veteran actor. Rannvijay looks ‘Oh-so-hot’ in his army stance and attire. However, wish he’d lose his mustache for us. He gives a power-packed and honest performance, and looks perfect for the role. Prashant looks, moves and talks like the perfect mainstream baddie. The background music of the show is interesting and keeps you in the groove. Manish Nawani and Kiran Karmarkar have done justice to their roles in the show, no matter how small. Director Deven Bhojani has outdone himself in capturing the locations and doing a fabulous job on it. The whole feel of the show and the way it is shot, makes it seem like a mini movie.

Frankly, there is no requirement of a female lead in the show. Adah Sharma, may look great but she is only the glamour factor in Pukaar. When the show started, it seemed like Rajveer was indeed superman. Logically we don’t know how the Major was in the vicinity of a hostage situation when his camp is much further from the location. Every time Rajveer beats up a baddie, why does it suddenly start raining.

Pukaar: Call For The Hero will obviously tug at your emotional sides and maybe even make you shed a few tears when they showcase the father-son relationship. The storyline is indeed very filmy and seems to be like a typical Sunny Deol and Akshay Kumar movie. Nonetheless, we love the action and the makers get brownie points for keeping us on edge throughout the show.