Puli movie review: Even a die hard Vijay fan should stay away from this unintentionally hilarious fantasy film! 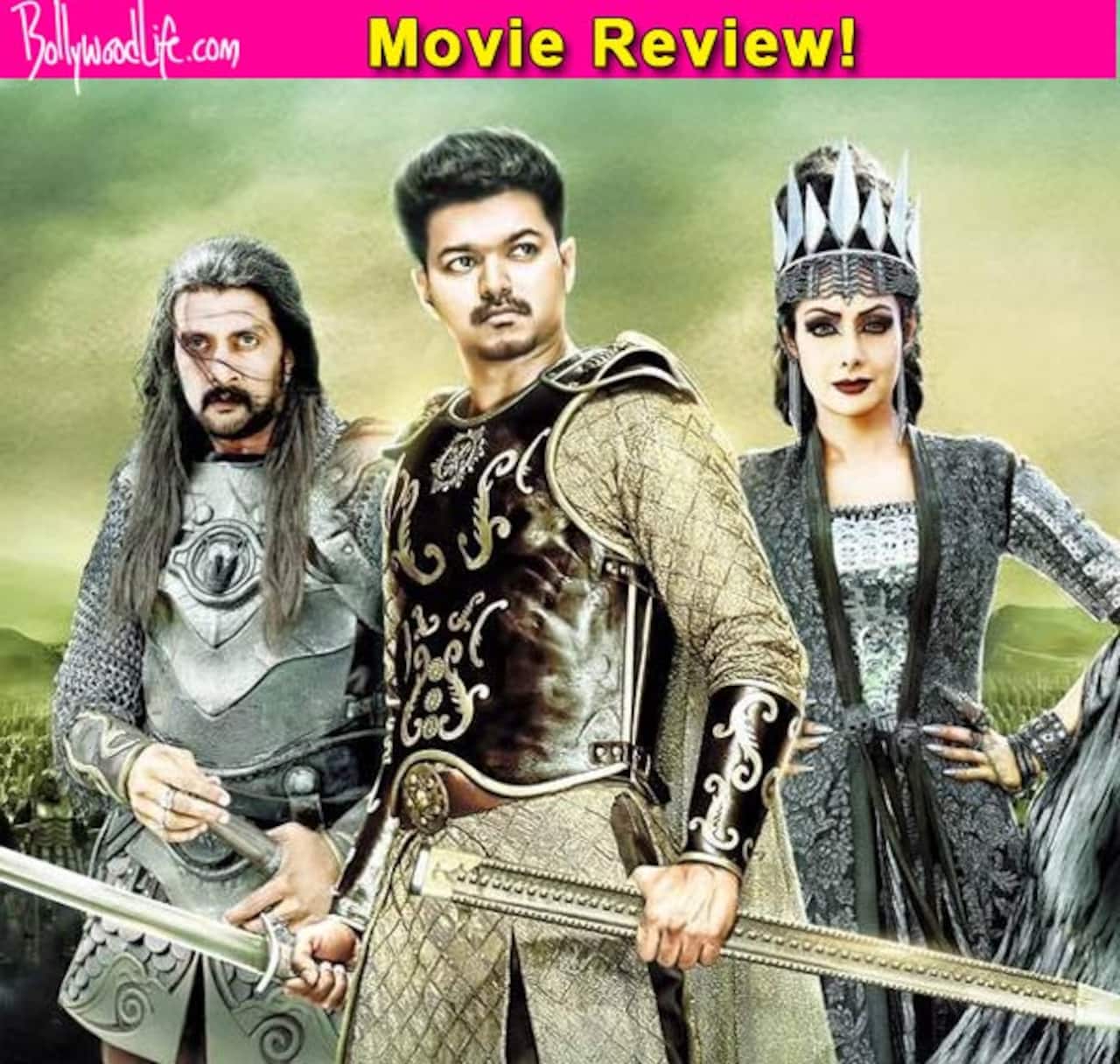 Two minutes of silence for all those who considered Puli to be the next Baahubali. While SS Rajamouli's Baahubali is a spectacular gem of Indian cinema, Puli is just a mediocre regional film which relies heavily on star power to sail it through the sea of critics, into the heart of the audience. Having said that, Puli is not a very bad film but it certainly doesn't deserve the kind of hype it received before the release. Before Vijay fans could burn my effigies and spam the comment section with hate mails, hear me out. Also Read - Rashmika Mandanna beats Samantha Ruth Prabhu; check the most followed South Indian actresses on Instagram [Watch Video]

Vijay's Puli is riddled with irony as it indirectly promotes his rival star Ajith's film. Puli takes us to medieval times where a tribe called Vedhalam(Ajith's next film) possessing magical powers, great strength and vampire like teeth rule over the common people. Since they possess special powers, the director makes use of the age old cliche that strong is equal to bad, and shows Vedhalam warriors, under the leadership of Jalatharanga (Sudeep), torturing the villagers. One day a village veteran ( Prabhu) finds a child floating in the river along with a bird's egg in the basket. While an irritating talking bird comes out of the egg, the baby grows up to become our hero Marudheeran( Vijay). He falls in love with village lassie Pavazhamalli (Shruti Haasan)but one fine day she get abducted by Vedhalam. Unlike typical heroes, Marudheeran can't singlehandedly defeat the Vedhalam tribe. So he is given a special potion that will give him super power to fight Vedhalam, but it's effects last for only 8 minutes. How does Marudheeran enter the fortress of Vedhalam and rescue his lady love from the clutches of Jalatharanga and evil queen Sridevi? Also Read - Tamannaah Bhatia and Vijay Varma avoid posing together at the airport as the alleged lovebirds return from Goa vacation

It is very difficult to point out what's good in the film as there is so much ameturishness and mediocrity in it. Anyways, here it goes. The film has been nicely shot and cinematography by Natty is top notch. The VFX work to create lilliputian characters and the giant tortoise is commendable. Vijay's dancing skills are a relief in otherwise lackluster songs. Vijay has great comic timing and is ably supported by Thambi Ramaiah and Sathyan. Few action scenes in the film have been brilliantly shot like the fight between Vijay and the giant, on top the maze of pointed needles at the courtyard. And the scene where Vijay walks through the hell fire and comes out unscathed is praiseworthy. But alas these scenes are few and far in between.

Now where should I start? The cliched plot of the film borrows all the fantasy elements from previously made hit films and knits an incoherent screenplay without putting much thought to the proceedings. The lack of novelty could have been ignored if the treatment of the story was fresh and entertaining. But the film plays out to be unintentionally hilarious all thanks to the makers who consider fans as 8 year old kids high on candy. There is no doubt that Puli is U rated as it is apt for 6-8 year old kids and it assaults our intelligence with kiddish stuff. I mean mild comedy with lilliputians and a giant tortoise barfing might make kids giggle but it feels like WTF to us adults who have grown up watching classic fantasy films like Chronicles of Narnia. Even if you try to look over the wafer thin plot, you are attacked by garish make up and tacky costumes. VFX is not the highlight of the film as it seldom appears to be of high standards. Sridevi, who makes her comeback in Tamil films, has absolutely nothing to do other than look arrogant and evil. While her costumes might give you creeps, she hardly has 15 minutes of screen time and has less than 10 dialogues in the film. It baffles me why a veteran actress like Sridevi resort to play such a demeaning and worthless role. Kiccha Sudeep, the Kannada superstar, who impressed us in Rajamouli's Eega is stuck in a typical villainous role. His role is so poorly written that it makes him look like mere caricature. Sudeep and Vijay's climax fights might induce a few unintentional laughs. Shruti Haasan plays sleeping beauty in more than half of the film and despite of her beautiful looks, her harsh voice makes you wanna close your ears. Hansika is there in the film for namesake as she just adds glamour in couple of songs. Coming to the songs, Devi Sri Prasad's music is not that great and it becomes very hard not to walk out of the theatre during the long drawn song sequences. The film is too long and has very little meat to hold it through for two and a half long hours. The jokes in the film are at times so childish that it makes you laugh at the film instead of laughing along with the film. Overall, it is a pathetic attempt at fantasy filmmaking by Chimbu Devan.

You must have heard the caption 'Save the tiger'. Well this tiger aka Puli is sure to be hunted down by critics and I advice you to save yourselves and stay away from Vijay's Puli if you want to maintain your sanity. I am going with one and half stars for Puli just for the sake of Vijay's earnest efforts and one or two stand out scenes.