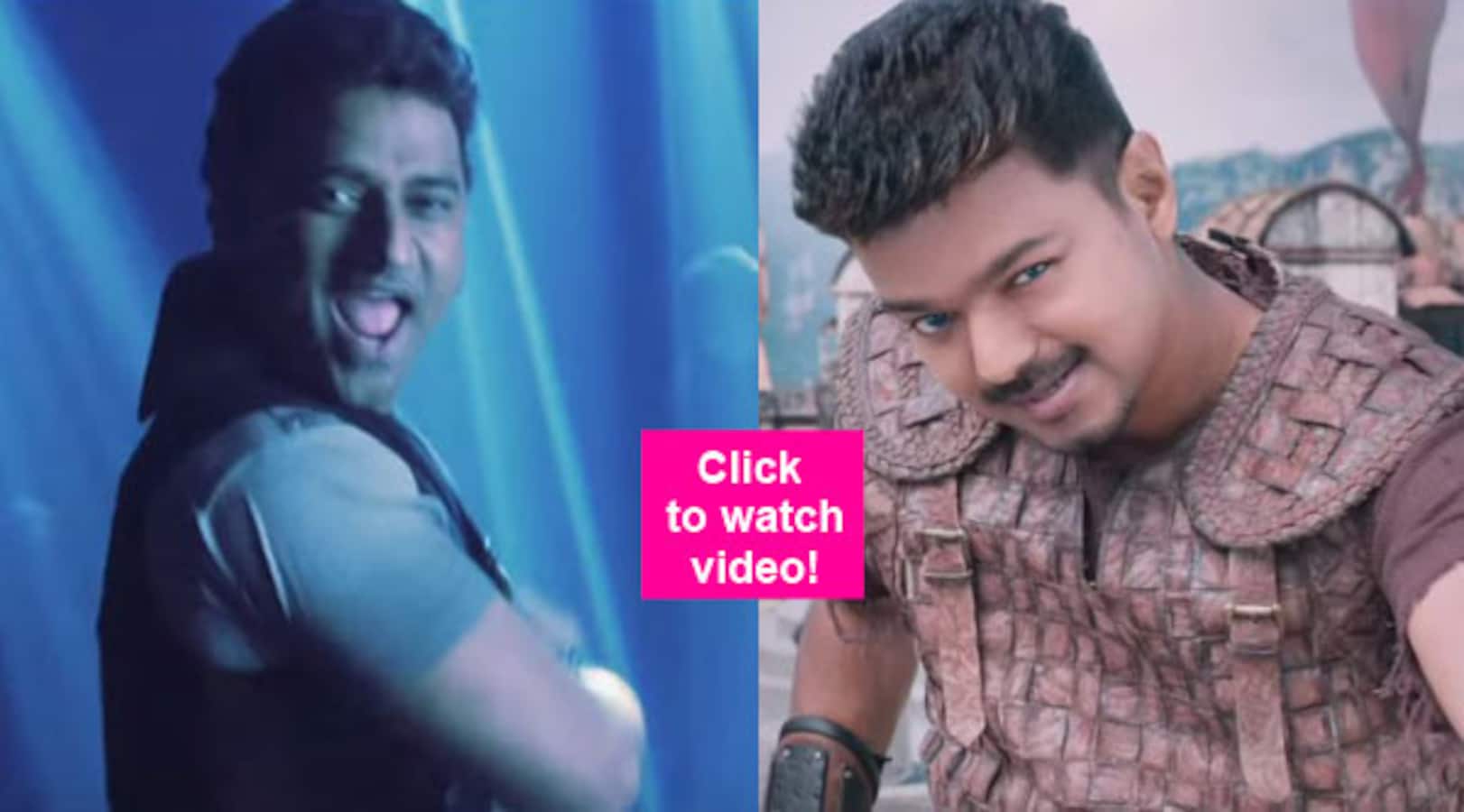 While the trailer of the film created a great buzz at social media, music by Devi Sri Prasad has been a huge let down for Puli. With just few days for the grand release, DSP has made one more effort in giving the Vijay-Sridevi starrer the epic song it deserves. The Puli Promo song is here and this is what I thought of it: Also Read - South Indian actress Mahalakshmi to Devoleena Bhattacharjee: Actresses who got brutally trolled for their choice of husbands

The promo song is a DSP show from start to finish. Called as Rockstar DSP by fans, the music composer also shows off his cool dance moves in the promo number. But alas, DSP should have given more attention to music than dancing as his composition fails to create an impact yet again. Packed with electric guitar riffs and bass drum beats,the song comes off as repetitive. Also Read - Trending Entertainment News Today: First glimpses of Ranbir Kapoor-Alia Bhatt's daughter Raha, real reason behind Sajid Khan's Bigg Boss 16 exit and more

Even the visuals of the song fall flat as I don't think anyone would be interested seeing DSP dance. There are few shots from trailer that are again replayed in this number and you wonder why can't makers reveal anything fresh, which has not been shown in the trailer. Also, why is only DSP trying so hard to promote the song? Shouldn't the entire cast of Puli come together to promote the film? The truth is that Puli has so much star power ,that when they come together onscreen, they can make people forget the lacklustre music of the song. But alas, all you get is Devi Sri Prasad trying way to hard to deliver a hit song for Puli.

Watch the song below: