40 CRPF jawans lost their lives in the deadly Pulwama attack 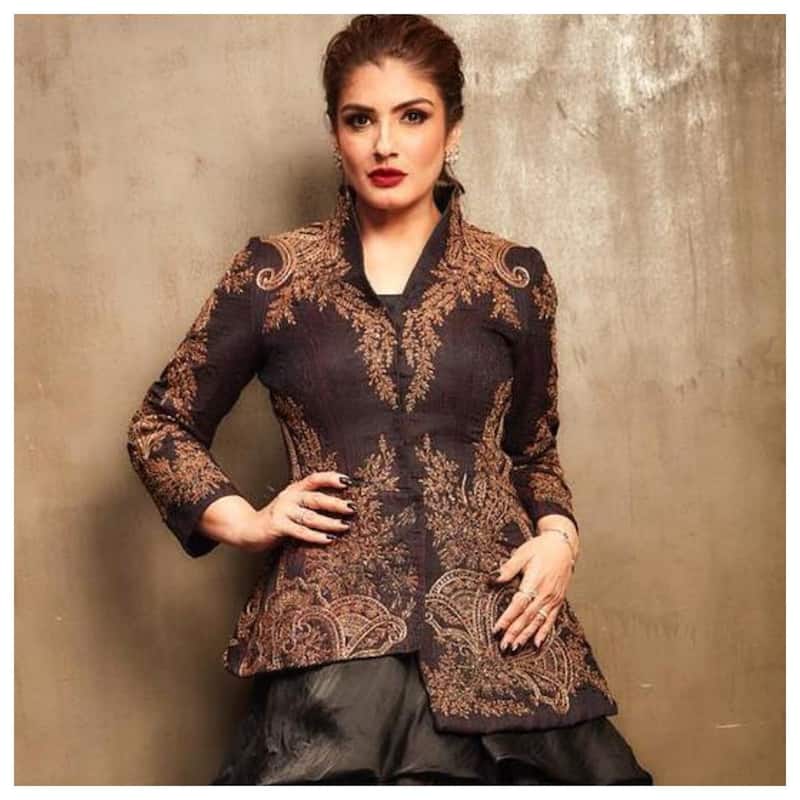 Actress Raveena Tandon says her Foundation will look into the education of martyrs' children. Also Read - Madhuri Dixit, Disha Patani, Janhvi Kapoor and more Bollywood actresses who got massively TROLLED for getting fillers and plastic surgeries

Raveena spoke on the sidelines of the Nykaa-Femina Beauty Awards 2019 here on Tuesday. Also Read - Friendship Day 2022: Alia Bhatt to Sara Ali Khan; Bollywood celebs' best friends who are not from the industry

According to reports, Raveena, who is known for her philanthropic work and her association with various noble causes, had decided to contribute for martyrs' girl child education. Also Read - Nach Baliye 10: Salman Khan produced reality show gets POSTPONED again? Here's when the show will go on air

Talking about it, she said: "These are moments when everyone should come forward and contribute whatever it might be -- whether it's a big or small amount. It goes a long way and yes, I have taken over the responsibility of educating the girl children, but I am not limiting it to girl children.

"It was written like that somewhere but it's not girl child, but the children of the martyrs. It's not only of the Pulwama attack, it is basically for all our jawans and all are martyrs. My Foundation will take care of education and give out scholarships as well."

In the wake of the terror attack in Pulwama in Jammu and Kashmir, the All Indian Cine Workers Association (AICWA) announced a total ban on Pakistani actors and artists working in the Indian film industry.

Reacting to the decision, Raveena said: "I definitely stand by their decision because this is not the time of cultural exchange because all of us are very hurt and upset. Honestly, earlier, I never used to appreciate decision of banning of Pakistani artists working in India. We have heard that many actors from Pakistan came here for work but after going back to their own country, they talk about India disrespectfully."

Raveena said the Pakistan government must arrest those who are responsible for the February 14 Pulwama attack in which 40 CRPF troopers lost their lives.

"I think everybody is not the same. In that country, there are innocent people who are not playing politics but there is a limit to what even we can do. Right now, cultural exchange seems impossible until and unless they don't really climb down on what we are wanting... they should stand by us at this time and arrest those who are responsible for this horrible act."