Well, it is commendable the amount of hard work and time she is putting in. And we sure can cut her some slack for side-lining Bollywood as she is representing us across the globe. And oh so, glamorously and gracefully, she is doing that. 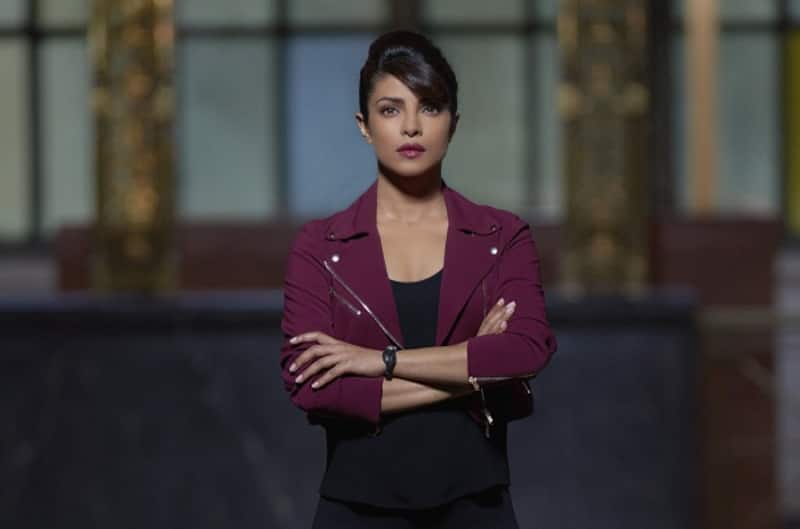 It seems Hollywood is keeping our favourite actress away from us...but we ain't complaining!

Priyanka Chopra has possibly the most successful crossover to Hollywood ever, by a Bollywood actress. She plays the protagonist, Alex Parrish in the TV thriller series Quantico. The show has become a worldwide hit and also earned Priyanka a People's Choice Award. The actress has been shuttling between Hollywood and Bollywood to shoot and promote different projects. Also Read - Alia Bhatt's maternity wear line, Katrina Kaif's beauty brand: B-town actresses who are also business women

So, has her Quantico schedule been affecting her Bollywood plans? Apparently yes! Priyanka claims that the shooting schedule for the show has actually affected her Bollywood plans. “The Quantico schedule has hit my Bollywood plans for a six. I will be filming here a lot more. I'm constantly reading scripts and working 18 hours a day without breaks. I only get time to unwind on flights. I have a lot more surprises in store as a producer, wait and watch“ she told a news daily. Well, the amount of hard work and time she is putting in is commendable. And we sure can cut her some slack for side-lining Bollywood as she is representing us across the globe. And oh so glamorously and gracefully, she is doing that. Also Read - Kareena Kapoor Khan, Kiara Advani, Priyanka Chopra and more Bollywood celebs who are allergic to THESE food, animals and other products

Priyanka is currently in Montreal shooting for the next season of Quantico. We hope she can find that perfect balance between Hollywood and Bollywood and maintain her position in both the industry. Her last release in Bollywood was Bajirao Mastani. And she is all set to appear in Prakash Jha’s Jai Gangaajal. More power to you PC! Also Read - Deepika Padukone, Priyanka Chopra, Katrina Kaif and more actresses burn the screens in thigh-high slit outfits