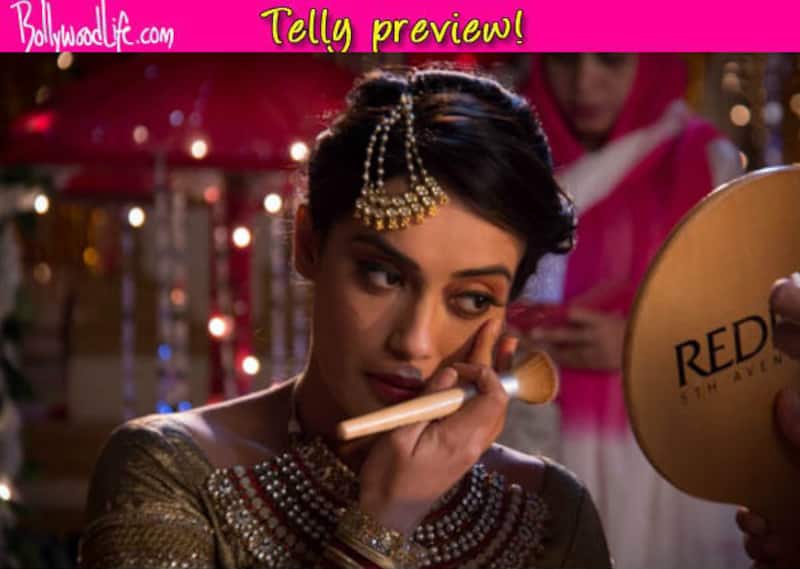 For the uninitiated, 22-years-ago Tanveer (Amrapali Gupta) had killed Zoya, Asad and the entire Khan family and burned the house down. Dilshaad (Sanam’s grandmother) somehow managed to rescue Haya and Sanam (Surbhi Jyoti); and ran away with them to Punjab. Everyone believed that Sanam’s twin sister – Seher probably died in the massacre, but apparently that’s not the case. Also Read - Khatron Ke Khiladi 12 contestants Sriti Jha-Shivangi Joshi, Mohsin Khan, Surbhi Jyoti - These top TV celebs all set to debut in the reality show space in 2022

In the upcoming episodes, we will see Seher (Surbhi Jyoti) making an appearance in the show. Life will make Seher a con-woman. Seher will be disguised as an old woman with white hair and protruding teeth. Both the sisters have seen the worst of life, but Seher’s story will be much worse. Also Read - Jhalak Dikhhla Jaa 10: Tejasswi Prakash, Surbhi Jyoti, Erica Fernandes and more – view complete list of all 12 celebrity contestants gearing up to groove

Surbhi will be playing double roles, which the actor says is very challenging. Besides the shift in her character – Surbhi will also be switching between her looks in the show. While Sanam is more traditional, Seher will be seen in a glamorous avatar. Also Read - Rupali Ganguly, Tejasswi Prakash, Mohsin Khan and more TV stars who took up acting despite high educational qualification

We are eagerly waiting to see this new angle in the show. Aren’t you, BollywoodLifers?