Queen Elizabeth II dies at 96: Kareena Kapoor Khan, Anushka Sharma and celebs react to the demise of the longest-serving monarch of the UK

Queen Elizabeth II passed away at the age of 96. She served for as a monarch for almost 70 years. Many Bollywood stars took to social media to react to her death. Last evening, the news of Queen Elizabeth II's passing away made it to the headlines. She was 96. Queen Elizabeth was the longest-serving monarch of the UK. The news of her demise was confirmed by Buckingham Palace. In a statement, it was shared that The King and The Queen Consort will remain at Balmoral and then be moved to London. On social media, many are mourning her demise. Many Bollywood celebrities too took to their respective social media accounts to react to Queen Elizabeth II's death. Kareena Kapoor Khan, Sushmita Sen and many more shared pictures to offer condolences. Also Read - Anushka Sharma, Saif Ali Khan and more Bollywood celebs who are bookworms and enjoy reading

Sushmita Sen shared a picture of the Queen on her Twitter handle and wrote that the Queen had a very celebrated life. Anushka Sharma shared a picture of the Queen and wrote Rest In Grace. Kareena Kapoor Khan also shared a few pictures and added it with heart emojis. Ritiesh Deshmukh, Geeta Basra and others also expressed grief. Kamal Haasan shared some throwback pictures in which he could be seen greeting Queen Elizabeth II. Check out the posts below: Also Read - From Sonam Kapoor to Kareena Kapoor Khan: Actresses who lost post-pregnancy weight quickly and left everyone stunned

What an incredible & truly celebrated life!!! She loved colors & lived every shade of it, in a single lifetime…The very embodiment of QUEEN!!!

End of an era!! Through the toughest times she never let got of her dignity. Today is indeed a sad day, condolences to the family and the people of UK. #QueenElizabethII https://t.co/LWAwvAWwbQ

A very sad day.. it really is an end of an era.. what a life and what a woman.. thank you your Majesty for leading the country with upmost integrity and courage..you were the epitome of a woman with substance.. #RIPQueenElizabeth ?? pic.twitter.com/5wJ5urSL2r 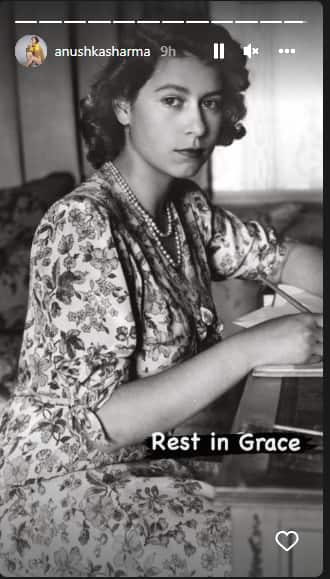 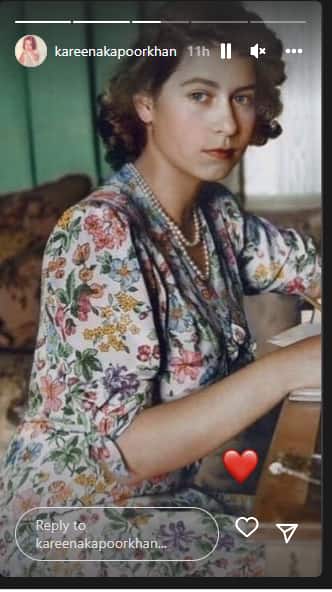 Apart from Bollywood celebrities, TV star Rashami Desai also took to her Twitter handle to react to Queen Elizabeth II's death. Prime Minister Narendra Modi also extended his condolences. King Charles III is now the one to take up the throne. He is expected to address the nation today.