Queen of walk out! 5 times when Kareena Kapoor Khan was REPLACED by her contemporaries

Kareena Kapoor has aced her act in front of the camera in hits like 3 Idiots, Bajrangi Bhaijaan and Ki & Ka, but then she has also rejected blockbusters like Queen and Ram-Leela.

Kareena Kapoor Khan is brimming with talent and most Bollywood filmmakers would agree, as she has been showered with film offers. Bebo has been a part of the film industry for close to two decades and has figured her way to select or reject a movie. Kareena has aced her act in front of the camera in hits like 3 Idiots, Bajrangi Bhaijaan and Ki & Ka, but then there have been instances when the actress was replaced by her contemporaries. Also Read - Bollywood celebs who LEAKED their WhatsApp chats in public

While we are not here to undermine the talent powerhouse that Kareena is, we have simply picked moments when the actress was substituted by other Bollywood stars: Also Read - From Akshay Kumar, Shilpa Shetty Kundra to Deepika Padukone: 8 Bollywood celebs who don't drink 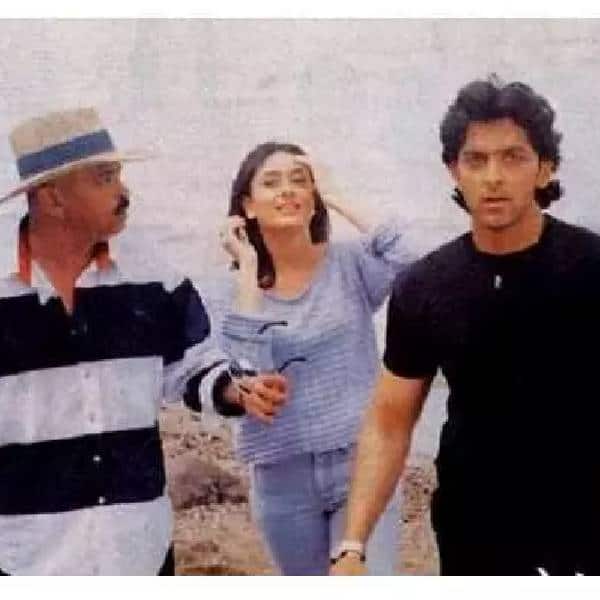 Hrithik Roshan’s blockbuster debut Kaho Naa… Pyaar Hai was also meant to mark Kareena’s entry in Bollywood. According to Deccan Chronicle, Bebo shot for 10 days and then opted out of the film citing creative differences with director Rakesh Roshan. Kareena’s debut vehicle Refugee flopped at the box office while Hrithik-Ameesha Patel’s love story Kaho Naa… Pyaar Hai worked wonders. According to an earlier report in India Today, Kareena had taken a dig at Ameesha’s look in the film and said, “Hrithik's dad spent five hours on every frame and close-up of his son, whereas not even five seconds were spent on Ameesha. There are portions in the film where she had pimples and under-eye bags on her face. If I were in the film, I would have definitely got a better deal, but I still feel that the attention would have been divided between us. So, I'm glad I didn't do the film.” Also Read - From a BMW 5 to a posh apartment in Bandra – Deepika Padukone owns these insanely expensive things


The uber stylish Bebo was approached by Sanjay Leela Bhansali to play the role of Paro in Devdas in 2001. The actress did a screen test for the filmmaker, but eventually, the role went to Aishwarya Rai Bachchan. In an interview with Filmfare, Kareena had fired away, "Sanjay Leela Bhansali is a confused director. He is a person who does not stand by his word. He doesn't have any morals and principles in life. Tomorrow, even if he is the next Raj Kapoor or Guru Dutt, and my films don't do well and if I'm a flop actress, I will still not ever work with him." However, Kareena has matured over the years and in a recent interview with DNA, the actress had expressed a possibility of doing an SLB movie, “Maybe a movie with Sanjay Leela Bhansali (laughs). But for that, Taimur has to be at least 10 years old because I can’t leave him before that. That’s the joke between Sanjay and me that we are star-crossed lovers (smiles).”


Yes, Kareena Kapoor has turned down Karan Johar as well! The queen of sass, who made it big as Poo with KJo’s Kabhi Khushi Kabhie Gham... (2001), made an exorbitant demand for Kal Ho Naa Ho and eventually lost out on the project. In his autobiography An Unsuitable Boy, Karan has penned down his spat with Kareena, wherein he revealed that he hadn’t spoken to Bebo for almost a year. Reminiscing the incident from 2002, KJo had shared, “The weekend of Mujhse Dosti Karoge's release, I offered her (Kareena) Kal Ho Naa Ho, and she asked for the same (amount of) money that Shah Rukh Khan was getting. I said, 'Sorry'. "


Kareena Kapoor was once again presented with the opportunity to work with Sanjay Leela Bhansali, but fate seemed to have other plans. The actress apparently walked out of the film 10 days before the shoot was to begin. In an interview with Times of India, Kareena Kapoor had reasoned, “I had allotted 100 days for the shooting in August as per contract but Mr Bhansali wanted more days to shoot. My managers Reshma Shetty and Zahid Khan thought about it and decided it wasn’t possible as I have signed three new big films for next year.” And thus, Deepika Padukone began her glorious journey with SLB. After Ram-Leela, the actress worked with the filmmaker on Bajirao Mastani and Padmaavat.

Well, with this rejection, Kareena Kapoor Khan lost out on a chance to be a part of a National Award winning film. The actress reportedly felt that there was nothing ‘great’ to do in Queen. And Kareena’s refusal of Queen landed Kangana Ranaut the most iconic role of her career. Wearing her attitude on her sleeve, Kareena didn’t regret her decision and had told PTI, “I feel honoured and glad to give work to other people. I hope they (actresses) become stars as I have rejected big films.”

From money matters to date issues, on each occasion, Kareena has a different reason to stage a walkout. And her rejections continue. Kareena recently revealed that she had turned down a big film, so that she can spend time with her son, Taimur Ali Khan, "Recently, I was offered a very big film and of course, without taking too many names because it's quite personal to me, it was like a really, really big actor, really really big star, I had got this really great opportunity to work with the biggest superstar of India and the choice was about because the film was also going to be shot at seven different countries, and the choice was actually to leave Taimur behind and go for all the seven countries and shoot for over 80-90 days or was it the choice that you know I have to be at home because I have to give this time to Taimur because he is growing up, he needs me around, I can't leave him for 80-90 days and take off for the shoot," said Kareena.

And that's Bebo for you!