Raangi first look: Trisha Krishnan promises to take us on a thrilling ride with her intense eyes and subdued attire

Trisha Krishnan's Raangi is directed by Saravanan, who has previously helmed Engeyum Eppodhum fame who went on to do films such as Ivan Vera Maathiri and Vaamanan 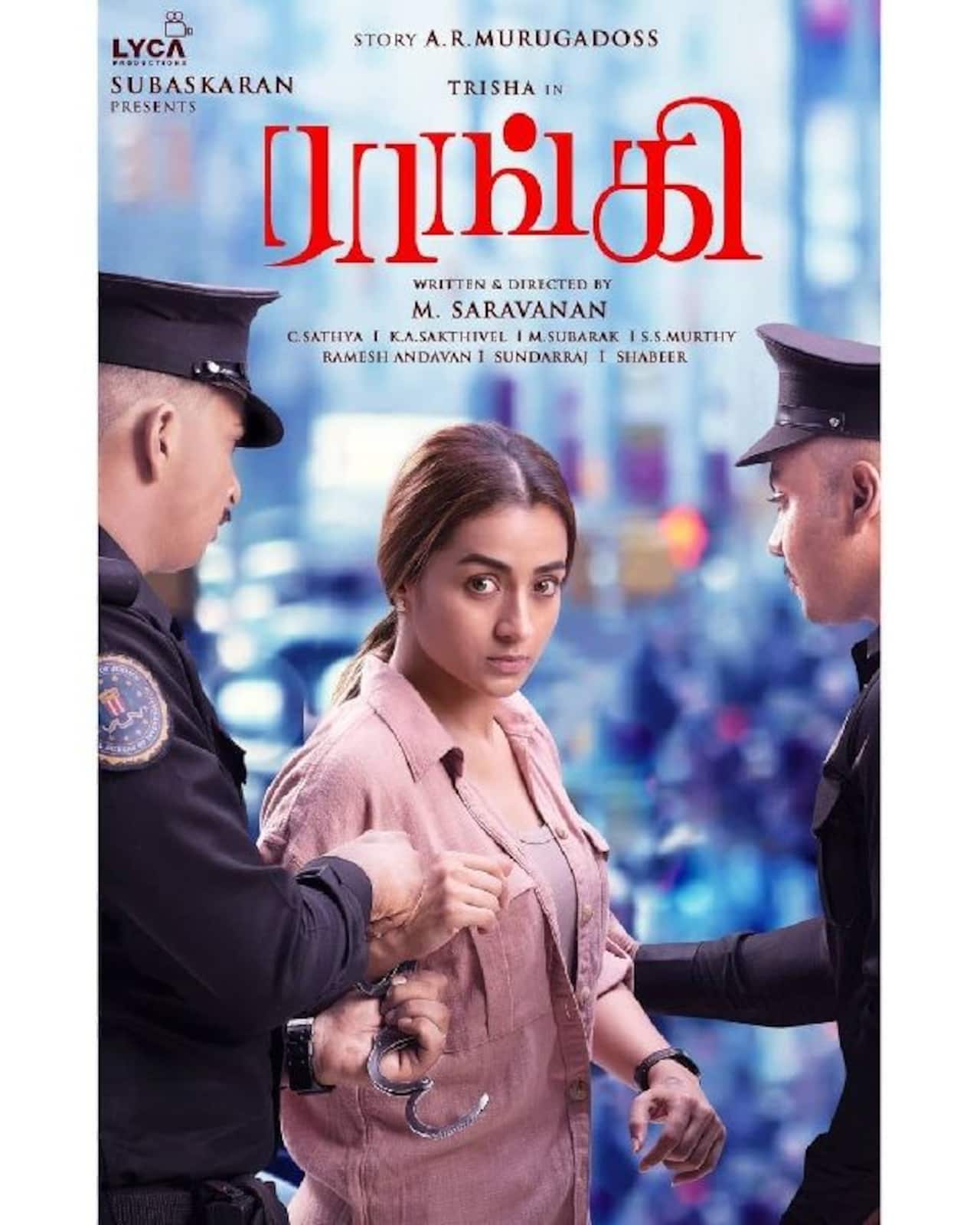 After a lot of anticipation and buzz, the makers of Trisha Krishnan starrer Raangi launched the first look of the film and honestly, it impresses us to the core. Talking about the poster, we see Trisha in an intriguing avatar as she is getting arrested from the cops. Well, her expressive eyes definitely raises many questions and we hope, it will unfold in this thrilling ride. The makers of the film, Lyca Productions shared the first look and captioned it, "Here We Go!
The Intriguing and Thrilling #RAANGIFirst Look! ??" Also Read - Aishwarya Rai Bachchan roped opposite Ajith Kumar in AK 62? Here's what we know

Raangi is directed by Saravanan, who has previously helmed Engeyum Eppodhum fame who went on to do films such as Ivan Vera Maathiri and Vaamanan. The story of the film is written by AR Murugadoss, who is known for delivering blockbusters like Ghajini, Sarkar, Holiday: A Soldier Is Never Off Duty and many more.

Meanwhile, the actress will be next seen in Paramapatham Vilaiyattu, which is directed by Thirugnanam. The filmmaker recently praised the performance of Trisha in his film and told Deccan Chronicle, “Each time she completed a shot, she would faithfully ask, ‘Is that enough? Was it good? Or Should I go for one more take?’ That is the kind of commitment she has.” Also Read - Aishwarya Rai Bachchan and daughter Aaradhya Bachchan twin in black overcoats as they get spotted in New York with Abhishek Bachchan

He further elaborated, “The first schedule was canned in the forest are of Yeracaud, there were a few action sequences involved in those scenes which were choreographed by the Stunner Sham. Though we insisted that we use a body double, Trisha was keen to do all the action sequences by herself. They are not the typical action blocks, they are more of brainy and sharp feats.”

Anyway. have you liked the first look of Raangi? Tweet to us @bollywood_life