The first poster of the film featured a bloodied managlsutra, which hints that the film will feature a married couple dealing with a supernatural situation this time. The marriage element reminds us of the first Raaz.

The Raaz franchise is all set to return with new installment. The fourth film has been titled Raaz Reboot and will soon hit the theaters. A few days ago the makers released the first official still and motion posters of the film and those two sent a chill down our spine. A new poster along with a new motion poster has been released today and it is just making the scene spookier. Also Read - Azhar actress Prachi Desai: No point denying nepotism, it’s there and probably going to be there

A long chilly road on a snowy terrain is enough to freak one out. The poster features an apparition walking down the road while some bloody splashes on the road make it even scary. Also, marking the return with new film is the iconic raven from the first film that starred Bipasha Basu and Dino Morea. The raven places itself on the bloodied title text of the film. A text reads “Secrets are the enemy of love”. The poster also announces the release of a teaser of the film with upcoming film Sarbjit. Also Read - Armaan Malik deletes all his Instagram posts with a cryptic note, and we wonder what’s happening?

A teaser has been already released with the film Azhar which featured the two leads of the film Kriti Kharbanda and Emraan Hashmi. The girl tries to run away from a masked entity that seems to be omnipresent and bumps into Emraan’s character. We wonder if the teaser announced on the new poster would be the same one, or a brand new one. Also Read - Aamir Khan's Dangal, Sonam Kapoor's Neerja and Sushant Singh Rajput's MS Dhoni - The Untold Story - which is the best biopic of 2016? Vote now

The first poster of the film featured a bloodied managlsutra, which hints that the film will feature a married couple dealing with a supernatural situation this time. The ‘marriage’ element reminds us of the first Raaz.

Eagerly waiting for the trailer of the supernatural thriller directed by Vikram Bhatt. 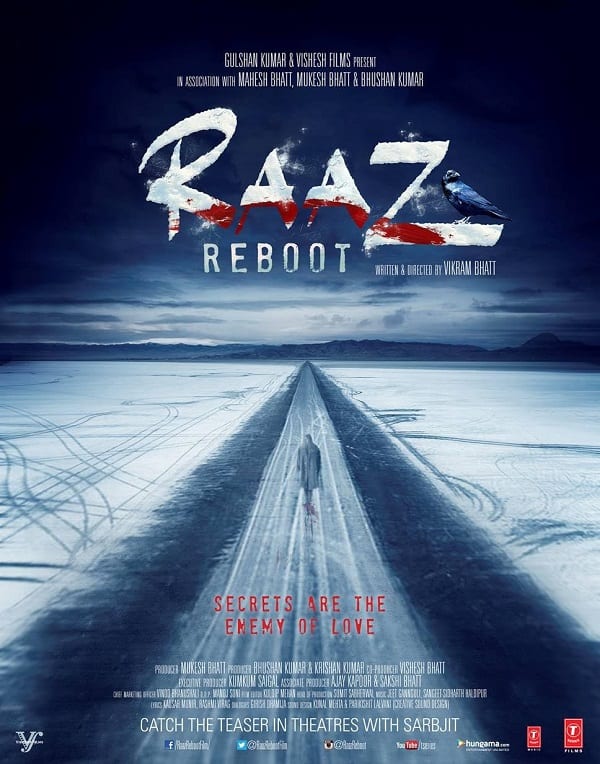