Starring Shah Rukh Khan and Mahira Khan in lead roles, Raees is slated to release tomorrow on January 25. How excited are you for the film?

Only one more day to go for Shah Rukh Khan's Raees to hit the movie screens and excitement is already mounting among fans. Moviebuffs are looking forward to Shah Rukh's next movie and from what it looks like, Raees has got HIT written all over it. All this while, the movie trailer, promos and songs have garnered a wonderful response from viewers. The film embroiled itself in a controversy when Raj Thackeray threatened SRK that he won't allow the film to release in the country. The film is releasing alongside Hrithik Roshan's Kaabil and right in the start of 2017, viewers are gonna experience the box office clash between the two big releases right in the start of this year. I am sure all you diehard fans of SRK have already booked your tickets of Raees, but before you enter the theatre tomorrow, here's taking a quick look at what the film is all about.. Also Read - From getting a nose job to being secretly married: Shah Rukh Khan's Raees co-star Mahira Khan gives fitting replies to fans questions

Raees tells a story of a bootlegger who is almost a Robin Hood. He has a heart of gold and likes to help anyone in distress. He is equally famous and infamous in Gujarat and it is the infamous bit that puts him on the radar of tough cop Majumdar. For him, crime is a crime and he won’t go lenient on anyone for whatever reasons. What happens when these two strong-headed individuals collide? For that you will have to wait until tomorrow. Also Read - South News Weekly RECAP: Vijay Deverakonda called UNPROFESSIONAL; Bomb hoax at Thala Ajith's house; Shriya Saran's viral swimsuit pics and more

The Posters Also Read - Say What? Raees actress Mahira Khan is a fan of Malayalam films; has a special request for fans and friends in Pakistan – watch video 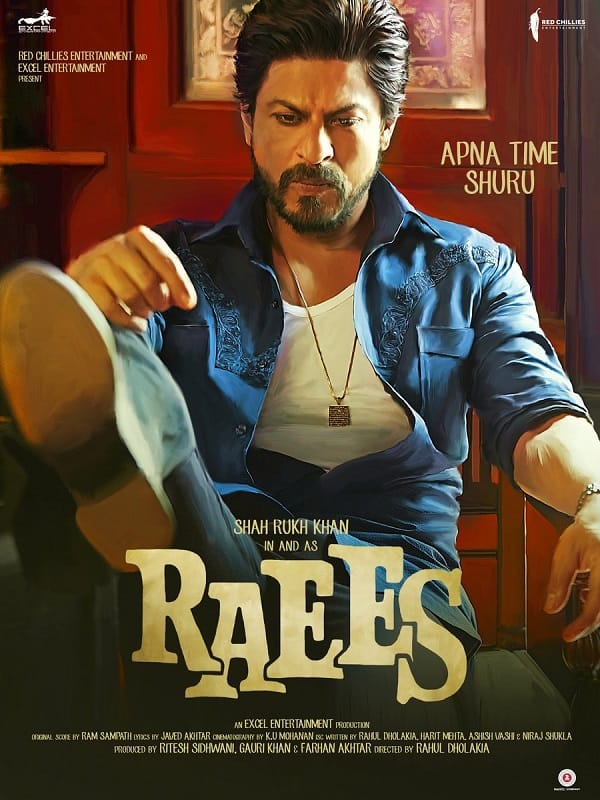 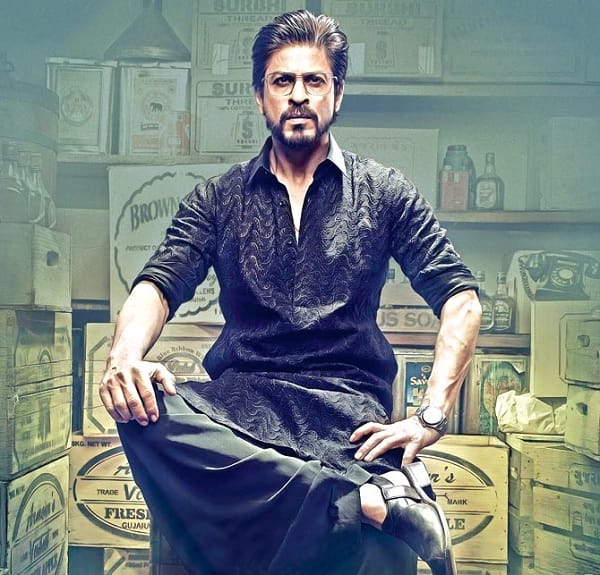 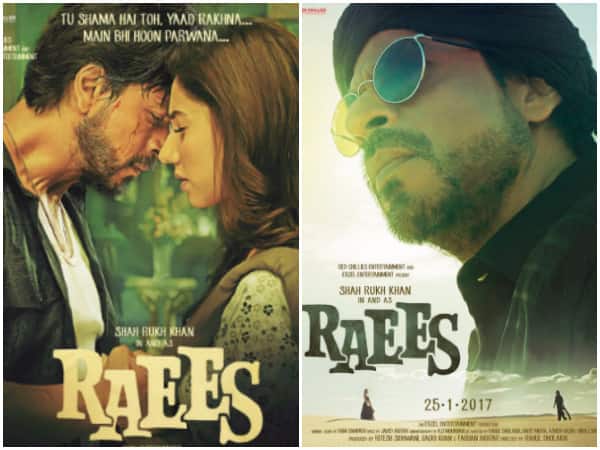 Raees' posters created a huge uproar. Why? Not just Shah Rukh Khan's fans but everyone was taken aback by his kohl-eyed look. SRK has always had these intense eyes that are very captivating but he looks even more hot when he wears that kaajal. Another movie poster of Raees was released last month which had SKK and Mahira on it. They both share an emotional, gripping chemistry on the poster. I am sure, in the film too, their love story will be something to look forward to. (ALSO READ: Shah Rukh Khan has the perfect advice for a college student who said he’s bunking college to watch Raees)

The trailer of Raees got rave reviews from audience. After a long gap Shah Rukh will be seen playing a baddie in a film and hopes are really high with this one. Also, he shares a very interesting rapport with Mohommed Zeeshan Ayyub and Nawazuddin Siddiqui in the film.

O Zaalima is one of the most popular songs till date. The beats are really catchy and Shah Rukh's bohemian avatar is something we just can't get over with. Not just that, Sunny Leone's item number Laila O Laila is quite an impressive track too.

Advance booking for Raees has kicked off and it is going on in full swing. Considering that its Republic Day on Jnauray 26, which is a public holiday, a lot of people will obviously get out to watch the movie. We spoke to our trade analyst Amul Mohan who spoke about the box office prediction of the Shah Rukh Khan starrer. “Jan 25 is a non-holiday. As the following day is a holiday, a lot of people will be coming out. That’s a great situation for it to have. Opening might not be that thunderous because I feel Jan 26th will be the biggest day for both the films. Right now, what I am hearing is that Raees is slightly higher than Kaabil, in terms of going in the final week of release. But that can change overnight or over a couple of shows. Because there is genuinely good feedback coming from both the films in terms their approach and standing. Buzz and word of mouth are great for both the films. I think it’s a good clash. We have seen that in last few clashes, you could pick a clear winner. But this time, you can’t pick a clear winner.” (ALSO READ: Will Hrithik Roshan’s Kaabil and Shah Rukh Khan’s Raees get a grand opening? Trade expert answers)

He further added, “Number-wise, on a non-holiday day, the highest total will be at around Rs. 25 crore. So if you see, we could be looking at Raees on Rs. 12-15 crore, while Kaabil can earn Rs. 11-13 crore. Next day, both the films could make Rs. 20 crore each, and I am being conservative with numbers here. It could be on the higher side also. We will know about the winner eventually by the end of the weekend.”

So, taking the current scenario under consideration, there is a lot of buzz about Raees. Will it go on to become one of the biggest hits of this year? What do you think? Tell us in the comment section below.