Rahat Fateh Ali Khan: I would love to compose music for Katrina Kaif 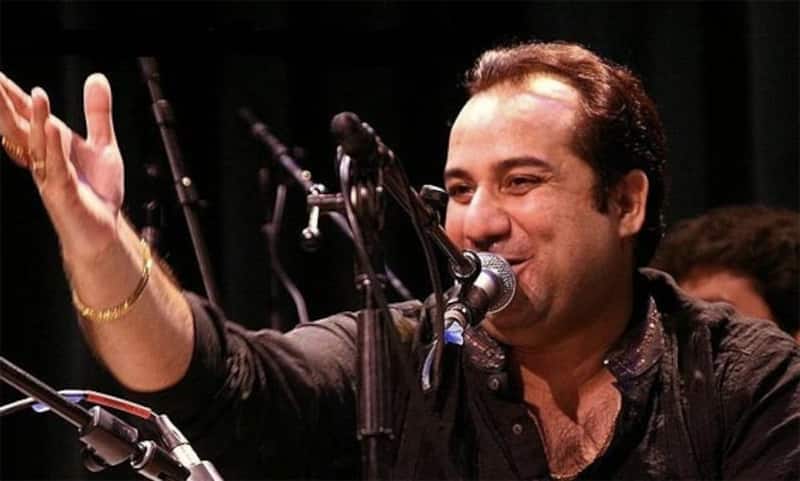 Rahat's Back 2 Love has come after a seven-year gap. He says that quality work takes time, but also adds that delays happen because record labels usually prefer Bollywood projects to private albums. "After a long time a company has taken this step. Bollywood (music) is a big investment and the kind of promotion that is done, a regular album can't match it. An individual artist can't spend so much and promote it in the same way. The artist needs a company," Khan told. Also Read - Ranveer Singh-Deepika Padukone, Aishwarya Rai Bachchan-Abhishek; when distasteful separation rumours of Bollywood's loved couples grabbed eyeballs

This is not the first time a Pakistani artist has collaborated with an India-based music label. In the past, Atif Aslam and the band Jal were supported by Tips, while Adnan Sami teamed up with T-Series. There are other musicians from across the border who collaborate with both Indian filmmakers and music labels. Also Read - Brahmastra: Mouni Roy recalls shooting 6-7 days with Shah Rukh Khan; calls it 'an out-of-body experience'

Meanwhile, Rahat, nephew of late legendary Pakistani qawwali singer Nusrat Fateh Ali Khan, compares music to love and says good music, like love, takes a while to bloom; hence it took him so many years to create the album. "Love takes a lot of time. Similarly, to create good music and to produce it, it takes time and people also take time to accept or reject it. The songs are easy to listen to and the album is a compilation of 10 romantic tracks," said the 40-year-old musician who has performed several times in India.

His last solo album was Charkha, which released in 2007. But he promised his fans that the next one will be out sooner. "I am working on just qawwalis for mainstream audiences. It has the purity of music in qawwali form. I will release it soon and won't take so long," said the artist, who hails from Faisalabad in Pakistan. While all songs are worth listening to, he especially takes pride in his new album's fusion number. "A song like that has never been made earlier. I don't think anyone has ever heard of something like it - the composition is pure ragas and the music created is western. It's called 'Fusion in Raag Champa Kali'," said the singer, who has sung for Hindi film stars like Shah Rukh Khan, Akshay Kumar and Salman Khan.

Rahat's India connection is strong. He has even worked with Indian artists like Shreya Ghoshal and music composer brother duo Salim-Sulaiman Merchant on Back 2 Love. Asked whom he would like to next team up with, he said: "Shreya Ghoshal. She is my all-time favourite." The duo has given Bollywood hit tracks like Teri meri and Teri ore in the past. She would probably share same sentiments, but there are a few music artists who don't get excited at the thought of singers from across the border working here. "If you see realistically, when a guest arrives in your house, the host doesn't consider the guest bad, but the residents think otherwise," he said.

Irrespective of what a few people feel about singers like him, he is all set to come back to India to perform, which he unfortunately couldn't for a while after a 2011 incident when he was charged with violating foreign exchange rules. "Hopefully, by the end of 2014 or the beginning of 2015, I will perform in India," he said. He also hopes to compose a song for Bollywood heroine Katrina Kaif. "I am a big fan of Katrina Kaif. I would like to compose for her," said Rahat, who sang Teri ore for Katrina's movie Singh Is Kinng.