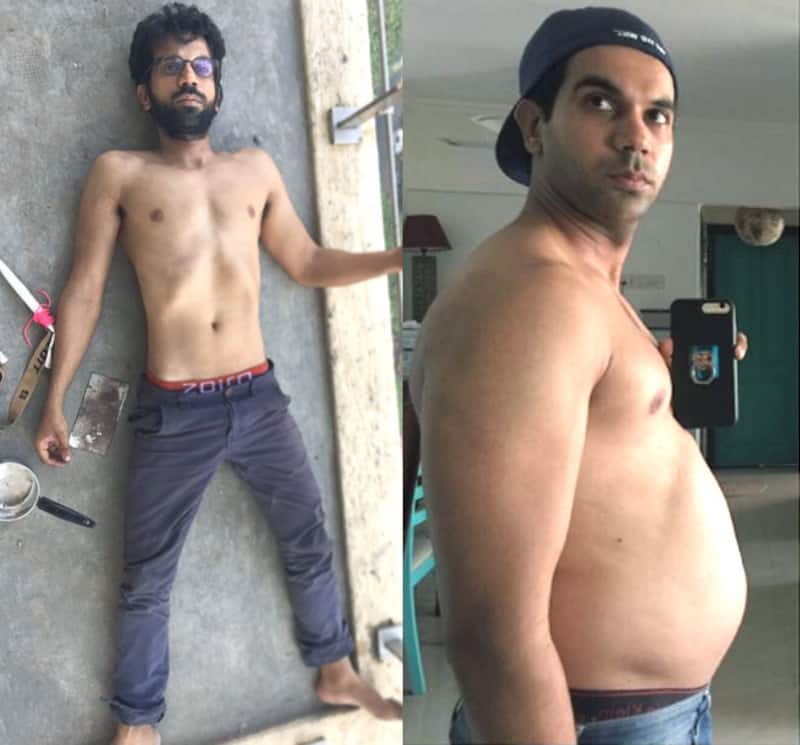 After playing a 324-year-old man in 'Raabta', sporting six pack abs in 'Behen Hogi Teri' and losing eight kilos for 'Trapped'; National Award-winning actor Rajkummar Rao is now all set to essay the role of a pot-bellied, half bald Subhash Chandra Bose in his upcoming web series 'Bose', directed by Hansal Mehta. The 32-year-old actor is known for challenging himself with every film and experimenting with his looks. Raj has reportedly put on 11 kgs for the role and even shaved off his head. ALSO READ: Not just Raabta, Rajkummar Rao proved he’s the master of disguise with these 6 movies – View Pics Also Read - Shimla Mirchi: It's a love triangle between Raj Kummar Rao, Hema Malini and Rakuul Preet Singh

The makers were initially going to use prosthetics for the waistline and hairstyle but Raj wasn't much satisfied with the outcome and hence he decided to work on his look. “I decided that I wanted to see the character whenever I looked in a mirror and not Rajkummar. I even listened to Rabindra sangeet on the loop and read Bose's unfinished autobiography to connect with the era. These helped me the most,“ he told Mumbai Mirror. He further revealed that he will be seen sporting several looks in the film from Bose's college days to when he founded the Indian National Army. Also Read - Shah Rukh Khan says Vicky Please in Raj Kummar Rao style and just like the Stree actor even we are blushing

#AnActorsLife #Building a character. From Behen Hogi Teri to Trapped to currently shooting for #Bose. Nothing gives me more high than preparing and living a character.

The actor is enjoying this 'golden period' as he is getting to eat whatever he wants. “For all my previous films -City Lights, Aligarh and of course Trapped-I've been asked to lose weight. So I was delighted when I was asked to gain weight. I have been binging on pizzas, Bengali sweets and junk food for the last one month and a half and will continue this routine till August.I stopped working out two months ago." Also Read - Raj Kummar Rao sells his Made In China soup to Leonardo Dicaprio, says, 'Your Titanic will never sink'