Raj Kundra gets bail: Shilpa Shetty REACTS with a philosophical quote, 'beautiful things can happen after a bad storm'

Shilpa Shetty shared a philosophical post on social media after her husband Raj Kundra was granted bail on Monday.

Shilpa Shetty's husband and businessman Raj Kundra was granted bail in an alleged pornography case on a surety of Rs 50,000 on Monday. Post this, the Hungama 2 actress shared a quote of Roger Lee to describe her current state of mind. It reads, “Rainbows exist to prove that beautiful things can happen after a bad storm — Roger Lee.” Raj Kundra spent almost 2 months in jail before recieving bail. In fact, Raj and Shilpa's son Viaan also shared a post of him posing with Shilpa and his younger sister Samisha in front of a large idol of Lord Ganesha. He captioned the post, “Life as long as Lord Ganesha's trunk, Trouble as small as his mouse, Moments as sweet as modaks. Ganpati Bappa Morya!” Also Read - Did Shilpa Shetty fulfill her 'mannat' for Raj Kundra's bail by shaving her head off in an undercut? 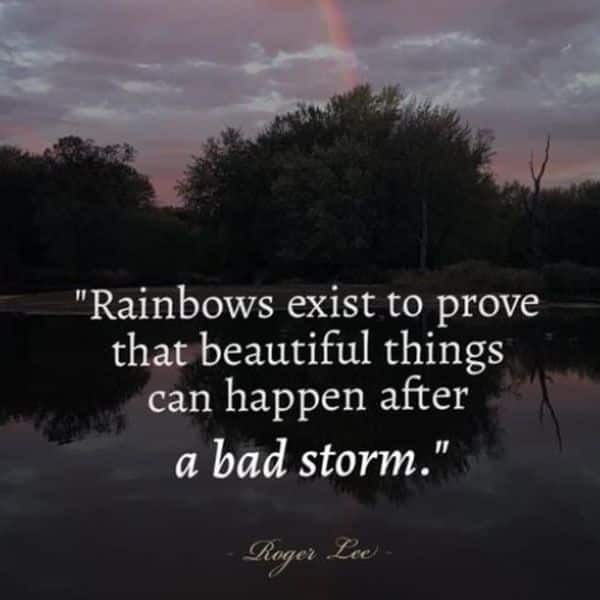 Also Read - Before Shilpa Shetty-Raj Kundra, Bollywood celebs had boycotted and distanced themselves from THESE stars - check out shocking list

Raj Kundra's lawyer said that his client has been granted bail and will be released on Tuesday after all the formalities. While the actress preferred to stay mum during these two months, she opened up once post his arrest by sharing a social media note, which read, "As a family, we are taking recourse to all our available legal remedies. But, till then I humbly request you - especially as a MOTHER - to respect our privacy for my children’s sake and request you to refrain from commenting on half-baked information without verifying the veracity of the same. I am a proud law-abiding Indian citizen and a hardworking professional for the last 29 years. People have put their faith in ME & I’ve never let anyone down." Also Read - Bollywood celebs distance themselves from Shilpa Shetty after Raj Kundra pornography case?