Raj Kundra RETURNS to Instagram with zero posts; not even following Shilpa Shetty and son Viaan

Though Raj Kundra has come back on social media, his actions indicate that he is still not ready to face the virtual world.

Raj has kept his Instagram public but he has kept zero posts on his profile. He isn't even following his wife Shilpa Shetty or son Viaan on Instagram. He is following only one Instagram account, which is Bastian Restaurant, that he and Shilpa had unveiled in 2020. He seems to have retained his followers. Also Read - Trending Entertainment News Today: Shehzada producers defend Kartik Aaryan over 'unprofessional' remark; truth about Priyanka Chopra being dropped from Jee Le Zara and more 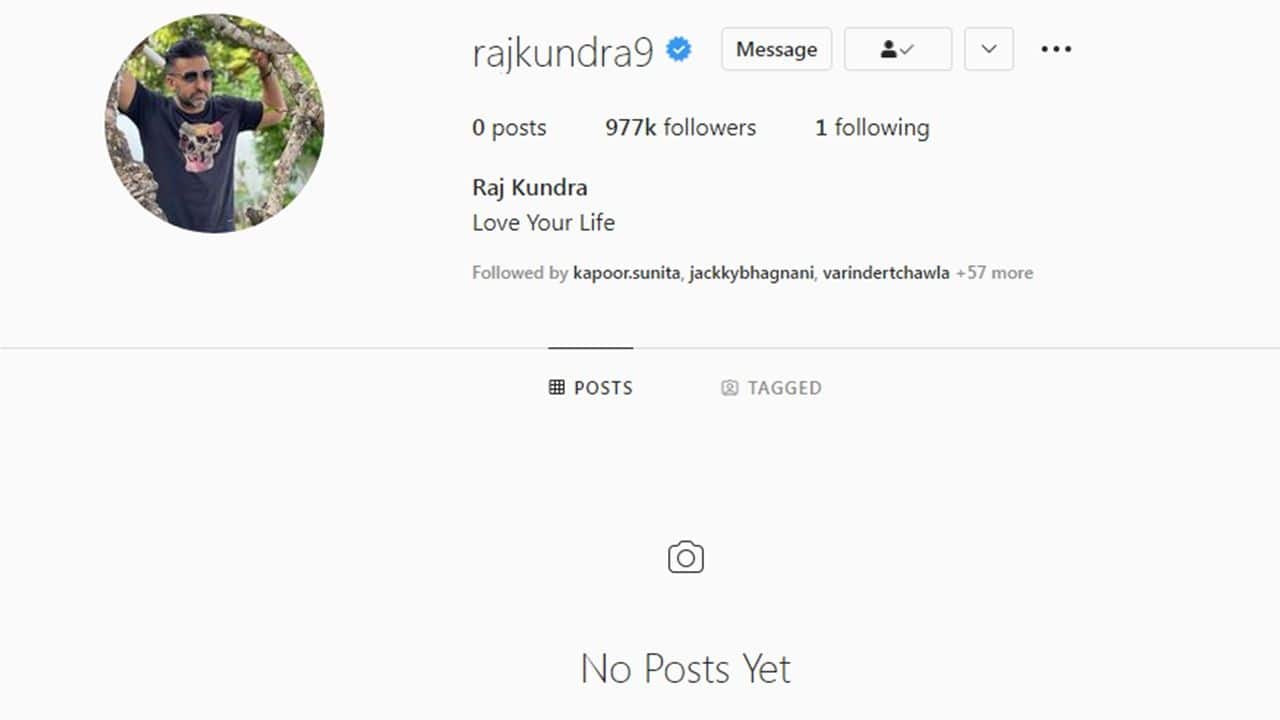 Not long ago, Shilpa had shared a post on making mistakes. "If I had my life to live again, I’d make the same mistakes, only sooner.” The other part of the book reads, “Mistakes can make us more interesting than the things we do right. We may cause pain to ourselves or others, hamper our professional progress, or just plain embarrass ourselves. But, oh! what we learn from our mistakes". I don’t seek out to make mistakes but I make them anyway. But I have to admit, now that some time has gone by, some of my mistakes have been a lot of fun.” Shilpa added the caption with, “Mistakes were made” and “No regrets” stickers on the photo.

Recently, Shilpa and Raj visited Shirdi to seek Sai Baba's blessings in the first week of New Year 2022. The actress took to her Instagram and shared the video of her praying to Sai Baba along with her husband Raj Kundra.

Raj Kundra was arrested in a pornography case and ever since his bail, he has been visiting all the holy places along with his wife Shilpa. The business has said that he has never been involved in adult filmmaking and has been the target of a witch hunt.