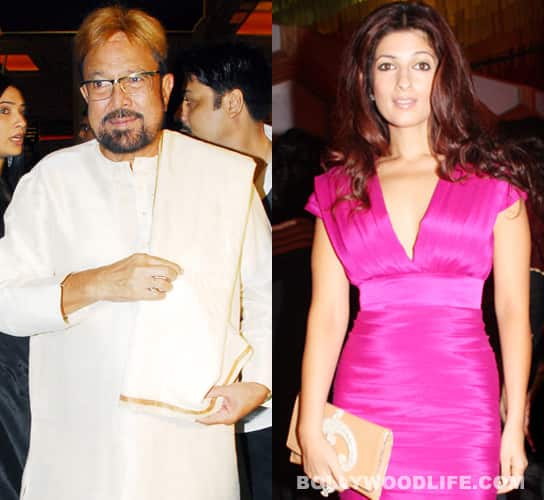 The father-daughter duo turns a year older today at Goa

Rajesh Khanna, the original Bollywood superstar, celebrates his 69th birthday today. The actor made his debut in 1963 with Aakhri Khat, but is best known for films like Baharon Ke Sapne, Do Raaste, Aradhana, Aap Ki Kasam, Roti and Daag. He rose to superstardom by being the quintessential romantic hero. Fans were crazy about his smile and his trademark wink. While majority of his films were romances with him as the solo lead, he also explored other genres of cinema. The dying Anand (in Anand), murder accused Dilip (in Ittefaq) and the serious Somu (in Namak Haram) were completely different from the chocolate boy heroes he had played till then. In his later years, he played supporting roles to younger actors in Swarg and Disco Dancer. His daughter Twinkle was born to him and his wife Dimple on his 32nd birthday. Twinkle followed in her parents’ footsteps and debuted as an actor in Barsaat in 1995. She met her future husband Akshay Kumar when they were paired opposite each other in International Khiladi and Zulmi. A whirlwind romance and few films later, she decided to get married and quit Bollywood. Since then she has started her own interior design venture and even bagged a couple of advertisements with her husband. This year, she will bring in her 37th birthday with her parents, sister Rinke, Akshay and her son Aarav at their bungalow at Anjuna beach in Goa. We wish the baap-beti a very happy birthday! Also Read - Akshay Kumar on Rajesh Khanna: Legends like him are not born every day