Rajinikanth, Rekha, Aishwarya give away clothes for auction 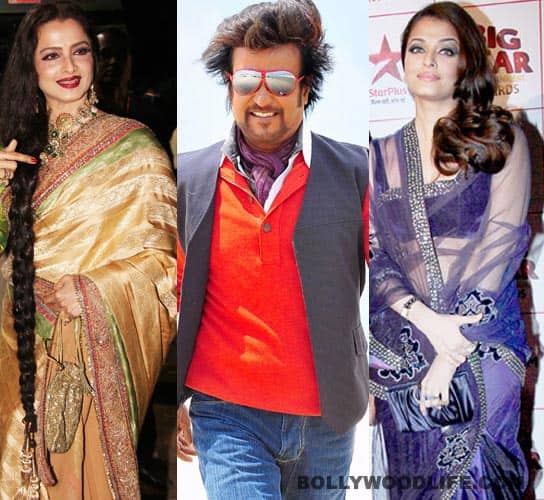 A T-shirt signed by Rajinikanth and clothes donated by Aishwarya, Rekha and Trisha will be given away

Celebrating the Joy of Giving Week, leading Chennai hotels are hosting a charity event, Battle of Buffet, on Sunday where clothes donated by celebrities like Rekha and Rajinikanth will be auctioned. The Battle of Buffet will be organised by Oriental Cuisines and Centre for Social Initiatives and Management (CSIM) at the Chennai Trade Centre in Nandambakkam on Sunday (October 9). The clothes that will be put on auction include a T-shirt signed and donated by actor Rajinikanth, saris donated by B-town actors Rekha and Aishwarya Rai Bachchan, along with those from the wardrobe of other south Indian stars like Trisha and Suhasini Maniratnam. In an attempt to collect more funds, an auction will be organised on popular trading site e-Bay where the highest bidder can have a special lunch with south Indian actor Surya and the amount collected will be donated to the foundation, media reports said. The event will provide the donors a platform to contribute to a social organisation of their preference and also taste special dishes prepared as a thank you gesture by leading hotels. Also Read - SHOCKING! When Aishwarya Rai Bachchan REVEALED she was replaced in many movies by Shah Rukh Khan; here’s how the superstar had apologised

Aishwarya not carrying twins, says Abhishek Bachchan Also Read - 10 of the most talked about Bollywood celeb link-ups that startled everyone