A recent statement of Rakhi Sawant makes everyone wonder whether she took a dig at Alia Bhatt's pregnancy. Read on to know more... 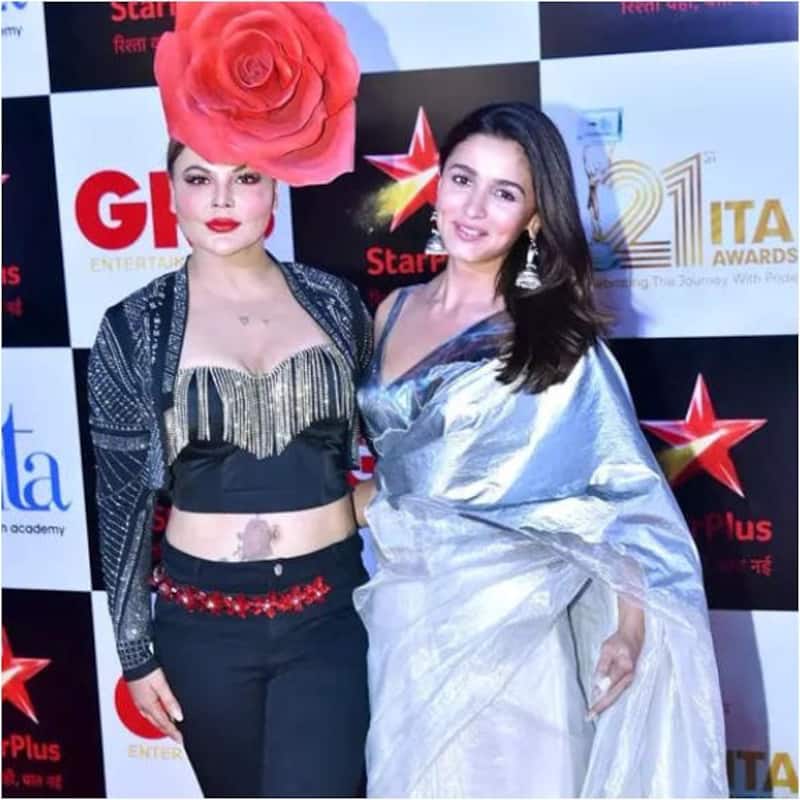 Alia Bhatt and Ranbir Kapoor tied the knot in April this year. A couple of days ago, the actress took to Instagram to announce that she is pregnant. Her pregnancy news has grabbed everyone’s attention as the good news came just two months after their wedding. While celebs and the actors’ fans congratulated them, a lot of people on social media have questioned whether they got married because Alia was pregnant. After Alia announced her pregnancy, Rakhi Sawant shared a video in which she called herself ‘maasi’. Also Read - Jug Jugg Jeeyo success bash: Kiara Advani gets massively trolled as she ditches pants for a long blazer look; netizens say, 'Didi pant toh pehen lo'

Now recently, Rakhi Sawant was spotted in the city and as usual, she interacted with the paparazzi. One of her statements makes everyone wonder whether she took a dig at Alia Bhatt. Also Read - Trending Entertainment News Today: Fans concerned for pregnant Alia Bhatt, Madhuri Dixit's alleged lip job, Uorfi Javed hospitalised and more

Alia, while announcing the pregnancy, had shared a picture from the sonography room and captioned it as, “Our baby ….. coming soon.” Later, there were reports which claimed that Ranbir will be flying to London to get Alia back to Mumbai after she wraps up the shooting of her Hollywood debut Heart of Stone. Well, the actress slammed the reports that she is a woman and not a parcel that needs to be picked up.

The actress will be working throughout her pregnancy. Currently, she is shooting for Heart of Stone, and later she will start with the promotions of Brahmastra which is slated to release on 9th September 2022.