Raksha Bandhan star Akshay Kumar opens up on criticism for releasing multiple films in a year; says, 'I spend only 8 hours on...'

Akshay Kumar is one of the busiest actors in the industry. He has several films in his kitty already and is currently awaiting the release of his next, a family-drama film, Raksha Bandhan. He recently reacted to all the criticisms he has been getting for dropping movies all the time. 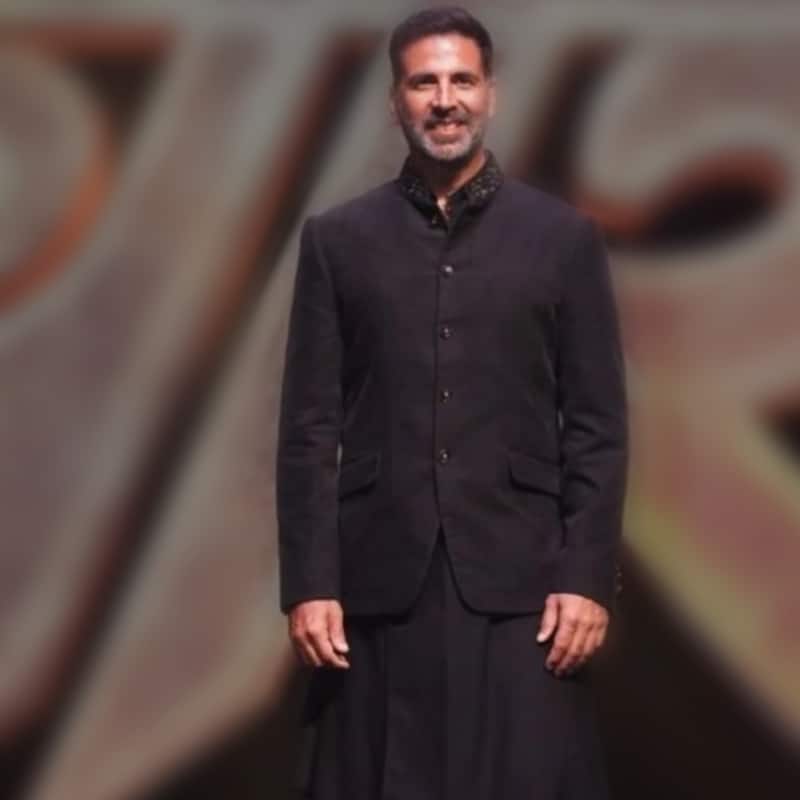 Akshay Kumar is coming up with Raksha Bandhan next which is releasing on 11th August 2022. The film is a family drama which also stars Bhumi Pednekar, Sadia Khateeb, Sahejmeen Kaur, Smrithi Srikanth and Deepika Khanna in key roles. Akshay Kumar is collaborating with Aanand L Rai for the second time after Atrangi Re. And apart from Raksha Bandhan, Akshay also has multiple films in his kitty. He has announced a film recently and got flak for constantly dropping announcements of movies all the time. Also Read - Laal Singh Chaddha actor Aamir Khan visits Golden Temple a day before release; B-town actors who went to religious places to pray for their film's success

Akshay Kumar and his upcoming movie, Raksha Bandhan, have been trending in the entertainment news for a long time. The actor's film was called for a boycott too. In fact, it wouldn't be the first time Akshay's films have been called for a boycott of late. Moreover, he has been announcing films upon films. The last couple of which have been disasters as far as box office is concerned. When asked if the dull response at the box office should make an actor more responsible with the types of films, Akshay admitted that a lot of people are bothered but the box office number and hence, the current scenario in the industry where Bollywood has only given a handful of hits needs to be changed. While talking about working in films back to back, Akshay Kumar said that he got a lot of suggestions and advice from the industry insiders asking him to go slow on the films and go easy in his professional life. Also Read - Laal Singh Chaddha: Aamir Khan has been spending sleepless nights; shares what he feels about the Boycott trend

The Samrat Prithviraj actor revealed that he takes the maximum number of holidays than any actor in the industry. He shared that he never works on Sunday and even on Saturdays, he works for half days. Akshay revealed that even on his working days, he does not work beyond 8 hours and for those 8 years he is only on the sets and not in the vanity van. "My 8 hours are equal to 14-15 hours of any other star. That’s my commitment to the movies," Akshay said. The actor revealed that even Aanand L Rai was impressed with his working style and changed his perception of working too. Also Read - 'Sushant Singh Rajput trends every day and everything is boycotted', Dobaaraa director Anurag Kashyap says we are living in strange times


On the work front, apart from Bhumi Pednekar starrer Raksha Bandhan, Akshay Kumar also has OMG 2, Raama Setu (Ram Setu), Capsule Gill, Bade Miyan Chote Miyan, Housefull 5, Crack and Gorkha to name a few. There's also a Phir Hera Pheri sequel in the pipeline, as per the reports. Stay tuned to BollywoodLife for the latest scoops and updates from Bollywood, Hollywood, South, TV and Web-Series.
Click to join us on Facebook, Twitter, Youtube and Instagram.
Also follow us on Facebook Messenger for latest updates.
Advertisement