The trailer of Raksha Bandhan was released online today and it would be safe to say that Akshay Kumar and Bhumi Pednekar's family drama is nothing but an old wine in a new bottle. 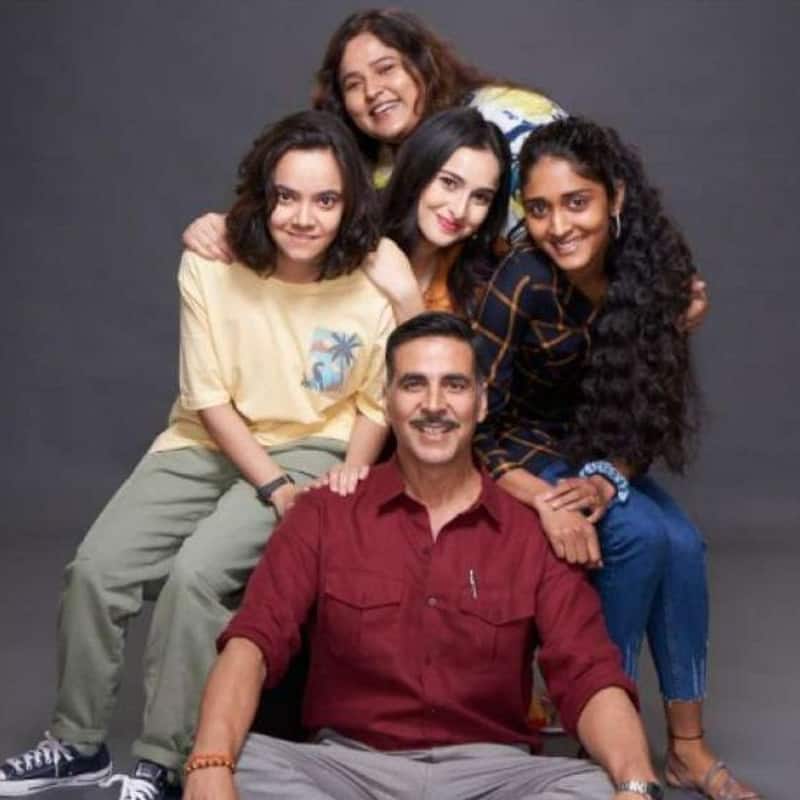 Akshay Kumar is back to entertain the audience with his upcoming film Raksha Bandhan after giving two back-to-back debacles in the form of Bachchhan Paandey and Samrat Prithviraj. The trailer of Raksha Bandhan was released online today and it would be safe to say that Akshay and Bhumi Pednekar's family drama is nothing but an old wine in a new bottle. Also Read - Koffee with Karan 7: Shah Rukh Khan, Salman Khan, Kangana Ranaut and more celebs who haven't confirmed but whom we'd love to see on Karan Johar's show

The near 3-minute video, shows Akshay, in a poor household, being a sole brother to his four atrangi sisters. He struggles to get his sisters married. Meanwhile, Akshay's character is also looking to settle down with his ladylove, played by Bhumi. However, their love life faces several hurdles as Akshay vows to get married only after finding suitable grooms to his sisters. The comedy-drama revolves around the love, bonding and attachment between brother-sister. Also Read - Koffee with Karan 7 trailer: Alia Bhatt, Samantha Ruth Prabhu, Kriti Sanon, Kiara Advani and more hotties who slayed it with their style game [View Pics]

This will be the second time that Akshay and Bhumi will be seen sharing space together after Toilet: Ek Prem Katha. The film is directed by Aanand L Rai, and it is all set to hit the screens on August 11. It also brings back the jodi of Akshay and Aanand L Rai together after Atrangi Re, which also featured Sara Ali Khan and Dhanush in lead roles. Also Read - Hrithik Roshan, Akshay Kumar, Shraddha Kapoor and more: Times when Bollywood celebs got the tag of 'gareeb' for THESE reasons

A few days ago, Akshay had shared the motion teaser of the film. It also gave a glimpse of a song featured in the movie. "Bringing you all a story of the purest form of bond that will remind you of yours! A#RakshaBandhanAreleasing in cinemas on 11th August, 2022," he had written.

On the work front, Akshay also has Ram Setu, Mission Cinderella and OMG2 among many other films in his kitty.