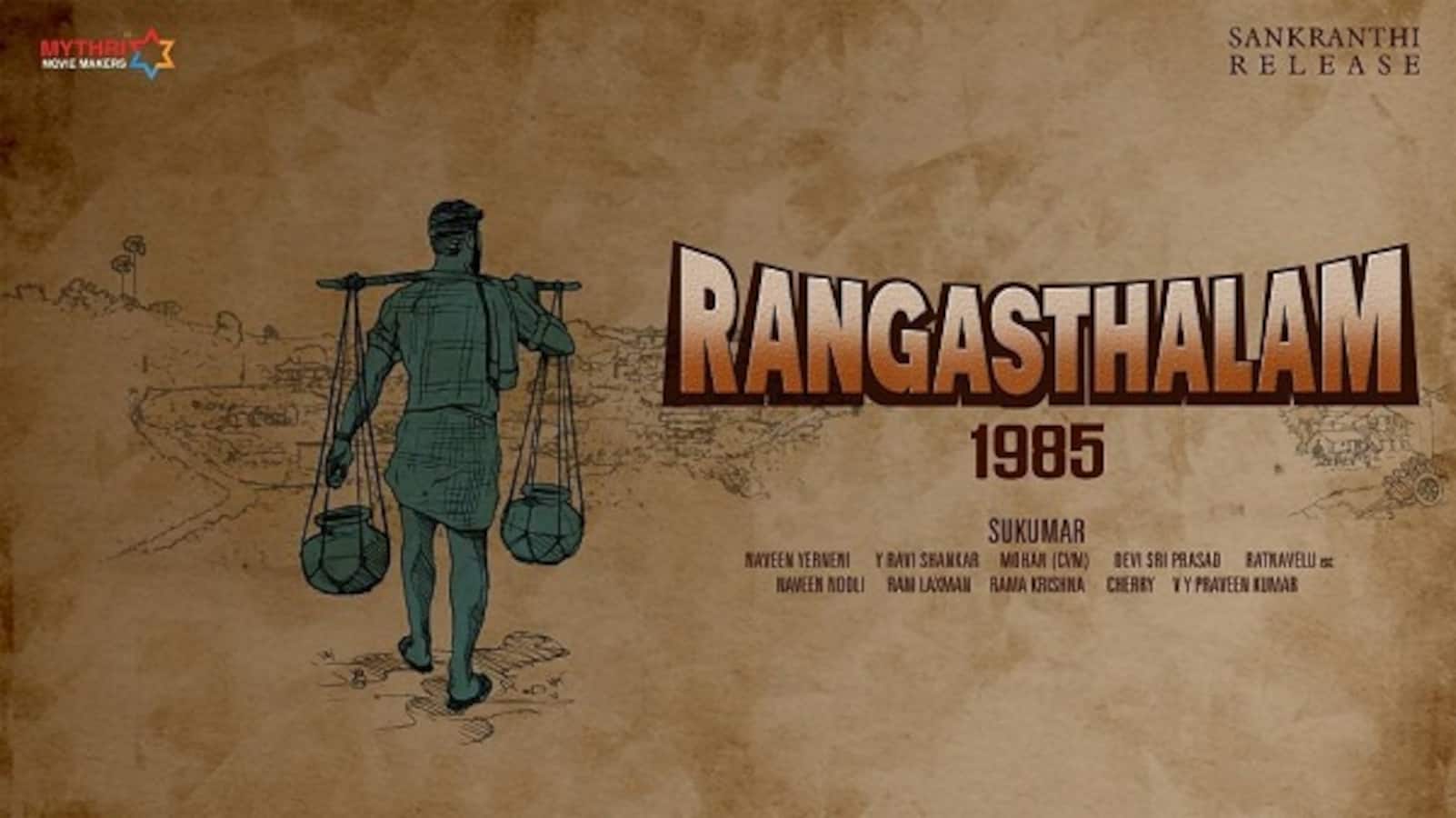 Ram Charan is currently shooting for his 11th project with Sukumar. Ever since it went on floors, it has been a topic of discussion for many reasons - The film will feature Ram Charan in a rural avatar, the film will be helmed by the genius Sukumar and for the first time Ram Charan - Samantha Ruth Prabhu will be teaming up. And now as per the latest update, the makers have finalised on the movie title - Ranagasthalam1985. Fans have given this title a thumbs up. Reactions to the title have been trending on social media ever since the announcement was made. Also Read: First look of Rama Charan’s next with Sukumar is out and it’s nothing you have seen before The film is all set for a Sakranti 2018 release. Interestingly, Mahesh Babu and Allu Arjun have locked on the same date, this is going to be quite the clash! Also Read - Trending Entertainment News Today: Pathaan BEATS Avatar 2, Farah Khan SLAMS Tina Datta-Priyanka Chahar Choudhary on Bigg Boss 16 and more

Rangasthalam1985 will be a period love drama. set in the 1980s. “He is set to undergo a complete rural makeover for this project. Audiences are going to see a new Ram Charan, and they’re going to love his look. It’s a period love story,” stated a source as per IANS. "We know everyone has been for this film with bated breath. We assure you that the film is going to be huge value addition to our banner. The coming Sankranti the film will hit the screens." stated the producers. Also Read - Shaakuntalam actress Samantha Ruth Prabhu talks about getting strong mentally as she works out like a beast in the gym [Watch Video]

Jagapathi Babu reportedly has been roped in to play a pivotal role in this film. Devi Sri Prasad will be composing the music for Rangasthalam1985. Apart from Ram Charan's new look, we are very excited about Ram Charana and Samantha collaborating. We bet it's going to be one of a kind! Also Read - Sharwanand-Rakshita engagement: Soon-to-be parents Ram Charan and Upasana attend; Aditi Rao Hydari-Siddharth pose together [VIEW PICS]

Unanimous positive response for the title. A surprise is always rewarding. #RANGASTHALAM1985 is going to be one for all us movie lovers✨ pic.twitter.com/5vMditydca

Ram Charan was last seen in Dhruva, the Telugu version of Thani Oruvan. The film also starred Arvind Swamy and Rakul Preet Singh. The Telugu star was lauded for his superb transformation and his powerful performance. The actor pull d all stops to achieve the chiseled look. And now we will see Ram Charan don a new avatar in Rangasthalam1985. As for Samantha, her last release was Koratala Siva's Janatha Garage, one fo the biggest Tollywood hits of 2016.