Th film is trending a lot for its unique title and content.

Years ago, Ram Gopal Varma, when he was a really good director and a force to reckon with, had planned to do a film about capturing and killing the notorious sandalwood smuggler, Veerappan. It was to be directed by the Chak De India fame Shimit Amin. But the unexpected killing of Veerappan after the film was announced, made RGV to shelve the film. Now he has got onto another film that will focus on the events that lead to the killing. Also Read - Tuesday Trivia: Did you know not Shah Rukh Khan but THIS Khan was the first choice for Chak De! India?

He has started shooting for Killing Veerappan, based on the killer of the most wanted forest brigand. This will be his first project in Kannada, but it will also be dubbed into Tamil, Telugu and Hindi, as the film's subject will be quite topical to viewers of these languages. Also Read - Vidya Malvade REVEALS why many of her scenes with Shah Rukh Khan were edited in Chak De! India [Exclusive] 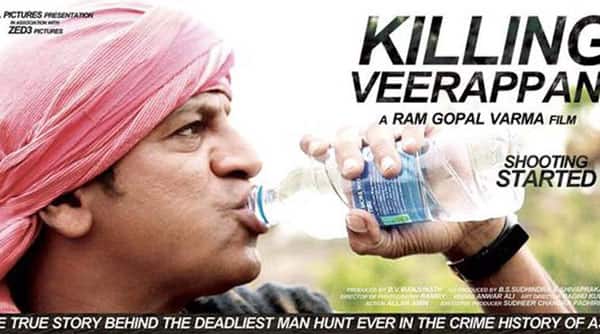 Popular actor, Shivarajkumar will be playing the lead as the officer who killed Veerappan. Not sure if he was a deliberate choice to be pencilled down for the role, as his father, the late Rajkumar, was kidnapped by the sandalwood smuggler. Veerappan will be played by Sandeep, an aspiring NSD graduate. The movie will also feature Yanga Shetty and Parul Yadav. The film, produced by BV Manjunath and co-produced by BS Sudhindra and Shivaprakash.