Urmila Matondkar shocked Bollywood and her fans, when she got married to her boyfriend, Kashmiri businessman, model and actor Mohsin Akhtar Mir. 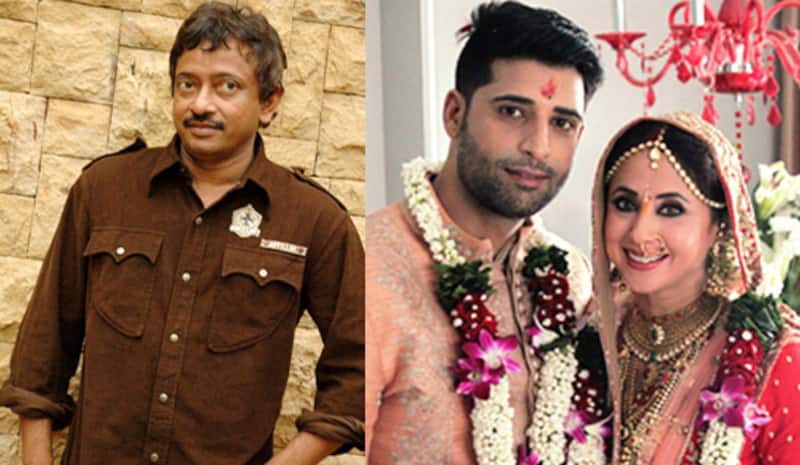 It was the maverick director who made Umila a break out star in the nineties!

Urmila Matondkar shocked Bollywood and her fans, when she got married to her boyfriend, Kashmiri businessman, model and actor Mohsin Akhtar Mir in a secret wedding ceremony, attended by close family members and friends (which includes common friend, Manish Malhotra). Also Read - From Yami Gautam-Aditya Dhar to Dia Mirza-Vaibhav Rekhi: 5 low-key Bollywood weddings that nobody anticipated

Once this news was leaked, one of the first celebs to wish her, and we are not surprised at all, was Ram Gopal Varma. After all, it was he who bestowed superstardom to Urmila. Also Read - Ram Gopal Varma reveals he sold out his office next to Karan Johar’s Dharma Productions due to pandemic

Though Urmila was a famous child star thanks to her lakdi ki kaathi act in Shekhar Kapur's Masoom (where she played Naseeruddin Shah and Shabana Azmi's daughter, her debut in Bollywood as an adult has been quite low-key. She made her start in Bollywood with Narasimha, a Sunny Deol action flick where she was the second female lead opposite Ravi Behl. Even a film with Shah Rukh Khan (Chamatkar), then a rising star, didn't do much to her career. RGV, however, found her fascinating and cast her in two South movies, Drohi and Gaayam. In Bollywood, he gave her a relaunch with Rangeela, that made her an overnight sex symbol and a hot property in trade buzz. Ram Gopal Varma repeated her in many films after that like Kaun, Satya, Jungle, Daud and Bhoot, where she proved her acting mettle. Till Antara Mali and later Nisha Kothari entered his life, he was quite obsessed with Urmila and there were even rumours that they were supposed to get married. Also Read - Shah Rukh Khan is the undisputed 'King of Romance'; yet you may have forgotten he's romanced Raveena Tandon, Nagma and these other heroines on screen

The last time Urmila was seen in a RGV flick was in the terrible Aag, where she appeared in an item song.

On her special day, RGV tweeted 'Extremely happy to hear news about the most beautiful actress I ever worked with ..I wish from heart that her life will b "Rangeela" forever'

Extremely happy to hear news about the most beautiful actress I ever worked with ..I wish from heart that her life wil b "Rangeela" forever

Urmila, you can tank your stars that his message was so simple and sweet. Knowing the maverick director and his quirky sense of humour, we dreaded something more scandalous!